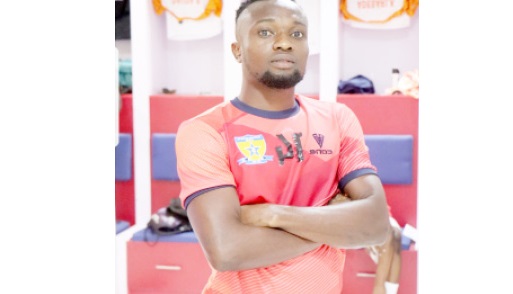 Sunshine Stars of Akure have earned their fifth win of the season after defeating visiting Wikki Tourists 2-1 as the Match Day 14 of the 2021/22 Nigeria Professional Football League was completed on Wednesday.

Both sides sought for goals from the blast of the whistle but the goals dried up in the first half in Ijebu-Ode.

At the restart of the second half, Sunshine Stars got the long-awaited goal from Ugochukwu Leonard who scored from close range after Wikki failed to clear their lines in the 47th minute.

In the 74th minute, Ugochukwu scored his second goal of the day to extend Sunshine’s lead.

Wikki pulled one back in the 84th minute but Manu Garba was flagged offside by the assistant referee. However, Garba was not to be denied his goal the next minute.

Sunshine Stars defended in their numbers to preserve the lead as the game ended 2-1.

In Pantami, Plateau United were unable to secure all maximum points as they were held to a 1-1 draw by hosts, Gombe United.

In the 23rd minute, Jesse Akila ran onto Mohammed Zulkifilu’s delivery and deftly lifted the ball over GK Akor for Plateau to take the lead.

In the 38th minute, Gombe had the opportunity to equalise after the referee pointed to the spot following a hand ball infraction.

But the Plateau United goalkeeper, Suraj Ayeleso, dived in the right direction to keep out Ibrahim Yahaya’s spot kick as the first half ended 1-0.

In the second half, Gombe’s attacks finally paid off in the 62nd minute when Yahaya made up for his penalty loss with the equalising goal.

The goal was awarded after the centre referee consulted with his assistant for about two minutes.

All efforts by both sides to score the winning goal were unsuccessful as the game ended 1-1.

At the end of this round, Rivers United moved to top with 29 points closely followed by Plateau United and Enugu Rangers who are on 28 and 23 points respectively.

Meanwhile, MFM FC remain  rooted at the bottom of the table with 11 points with Heartland and Dakkada FC occupying the 18th and 19th position with 13 and 12 points respectively.