An inscribed stone slab marking the death of Queen Elizabeth II has been laid in the Windsor Castle chapel where her coffin was interred, Buckingham… 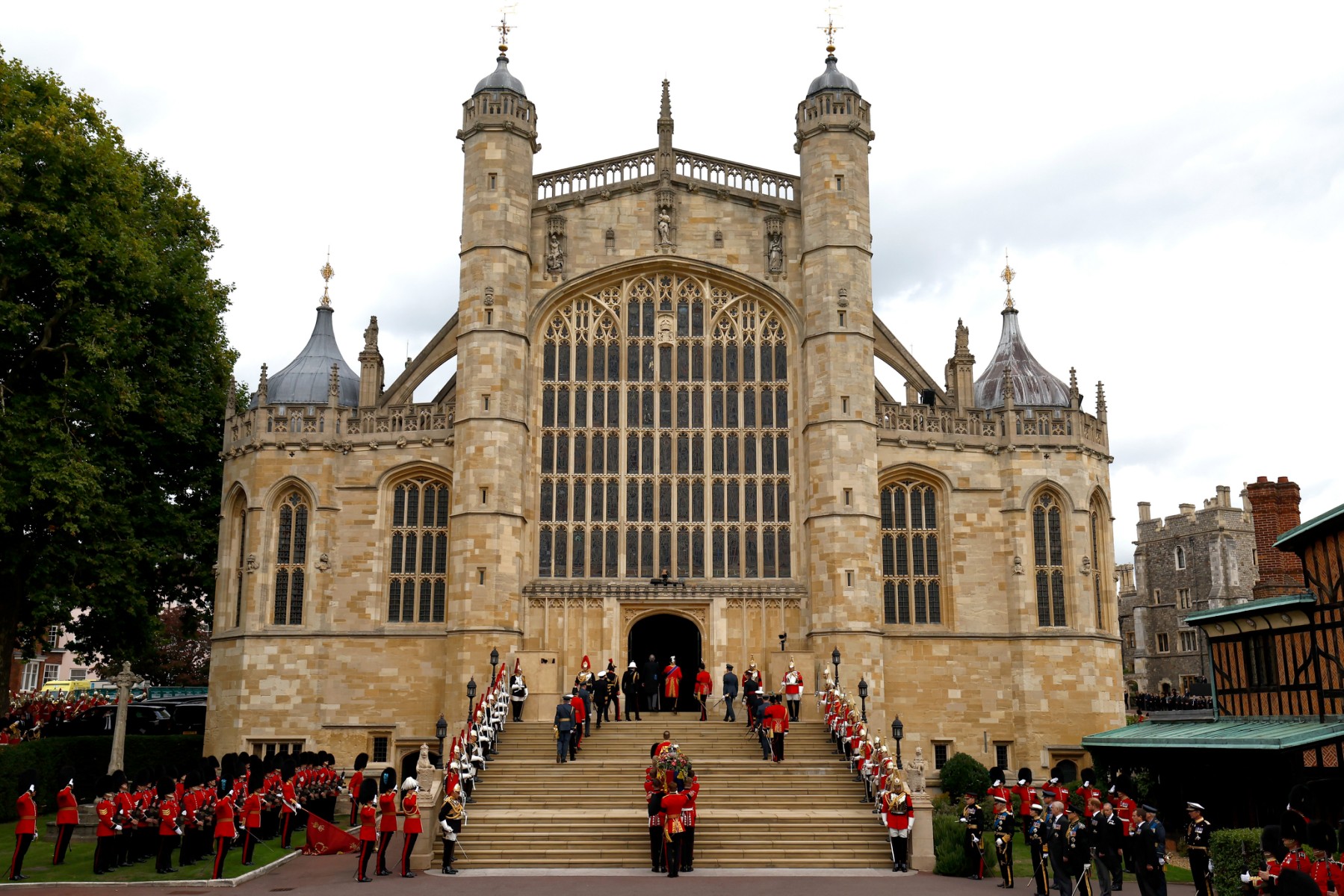 Pall bearers carry the coffin of Queen Elizabeth II with the Imperial State Crown resting on top into St. George’s Chapel at Windsor Castle on September 19, 2022 in Windsor, west of London, after making its final journey to Windsor Castle after the State Funeral Service. (Photo by Jeff J Mitchell / POOL / AFP)

An inscribed stone slab marking the death of Queen Elizabeth II has been laid in the Windsor Castle chapel where her coffin was interred, Buckingham Palace said Saturday.

The new black marble stone laid into the floor simply records the birth and death dates of the monarch who ruled for 70 years and died at the age of 96: Elizabeth II 1926 – 2022.

The queen’s coffin was laid to rest on September 19 in the King George VI Memorial Chapel at Windsor Castle’s St George’s Chapel.

Her coffin was interred in an intimate ceremony following her state funeral in Westminster Abbey.

The ledger stone also records the deaths of the Queen’s parents, King George VI and Elizabeth the Queen Mother, and her husband Prince Philip, who died last year.

The stone is engraved with the star of the ancient chivalric Order of the Garter, to which the queen and the other royals belonged.

The queen’s sister Princess Margaret’s ashes are interred in the same chapel.

The late monarch commissioned the memorial chapel as a permanent resting place for her father, King George VI, and it was completed in 1969.

Elizabeth often prayed in St George’s Chapel, which dates back more than 500 years.

Her husband Philip left instructions for his remains to be transferred from the Royal Vault beneath St George’s to the memorial chapel on his wife’s death.

Windsor Castle reopens to the public on Thursday and people will be able to visit St George’s Chapel.