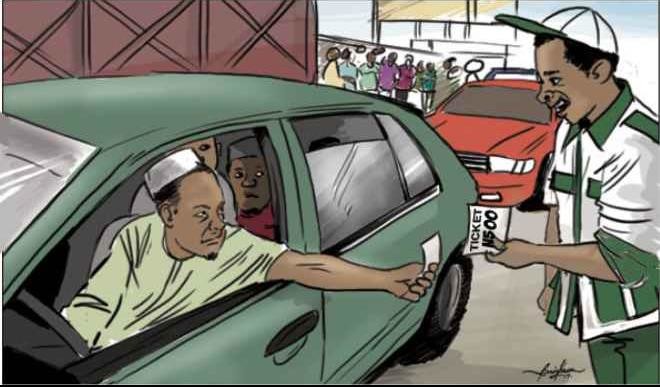 The incident occurred at about 11am, at the Eta Agbor/IBB roundabout in Calabar.

The six men used their guns to deflate the taxi driver’s tyres and smashed parts of the glass windows.

They did not state what particular offences the driver committed except that he had stopped in front of them to discharge passengers.

According to witnesses, the taxi driver initially did not understand what offences he had committed to deserve such manhandling because there was no single sign warning commercial drivers not to stop at the point.

The taxi driver had to escape for his life when the security men began to kick him, rain slaps and used butts of their guns to hit him on the head.

Not done, they pursued and caught up with him and further used horse whips on him.

Another vehicle, belonging to the state environmental outfit, the Green Sheriff arrived and joined forces with the other six which provoked the onlookers, according to the witnesses.

The brutalized driver ran further away on seeing the men running towards him and out of anger the officers destroyed the four tyres of the taxi that was still parked.

When contacted, both Public Relations Officers of the state police command, Irene Igbo and that of the 13 Brigade of the Nigerian Army, Major Ngozi Okoro frowned at such brutal behavior but said they did not have any information on the matter.

The Homeland Security was an initiative of the Cross River government, comprising men of the military and other paramilitary organisations in the state to complement the activities of the Nigeria Police in crime prevention.