Running mate: I believe Shettima is the best choice – Tinubu

Asiwaju Bola Tinubu, Presidential Candidate of the ruling All Progressives Congress (APC), has described his running mate for the 2023 election as the best choice. 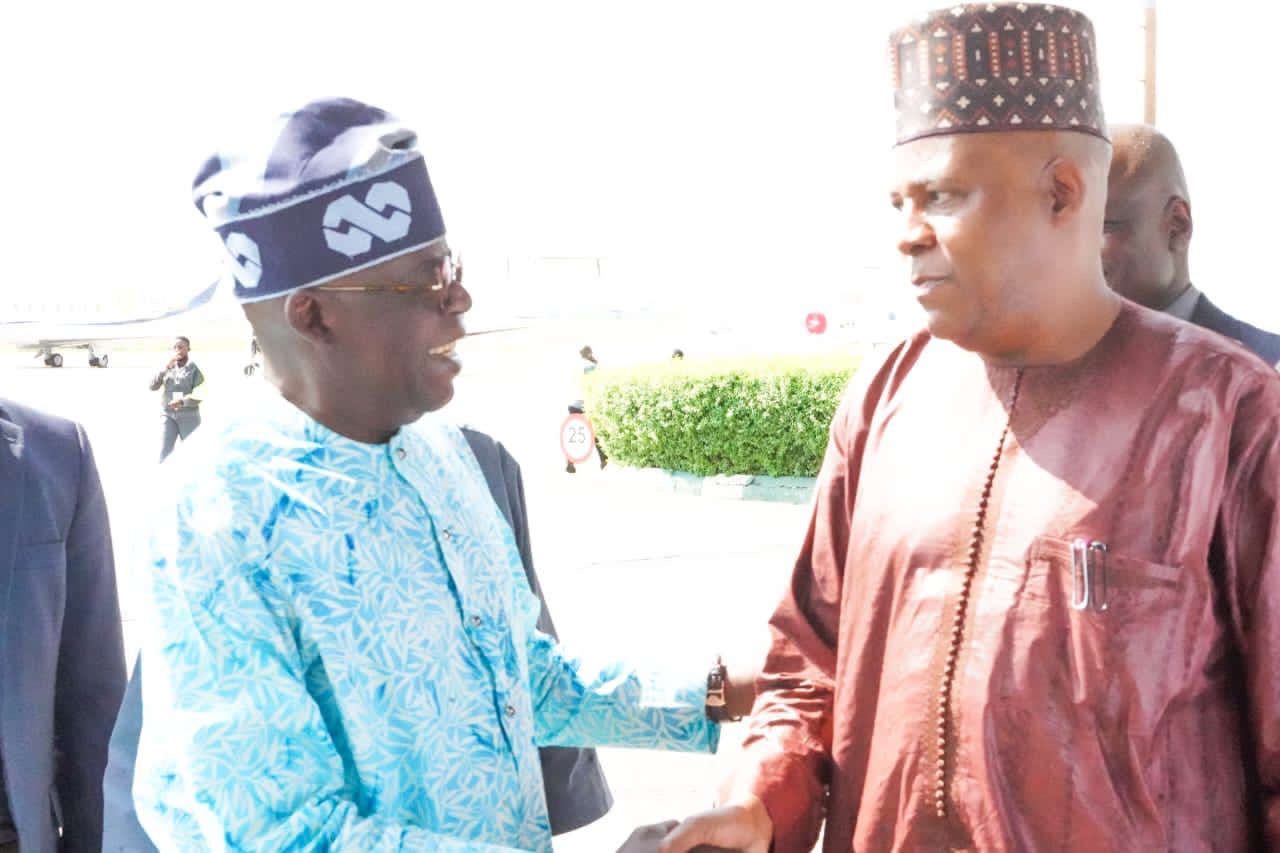 Asiwaju Bola Tinubu, Presidential Candidate of the ruling All Progressives Congress (APC), has described his running mate for the 2023 election as the best choice.

Tinubu said this at the unveiling of Shettima at the Shehu Yar’Adua Centre in Abuja on Wednesday.

He said Shettima’s career in politics shows that he was eminently qualified to ensure the APC’s victory in the 2023 general election and also fit to be the Vice President of the country.

“I stand ready to make this journey and, today, I am delighted to stand shoulder to shoulder with my good friend, brother and running mate; His Excellency, Senator Kashim Shettima.

“Much has been said and written about my decision to select Senator Shettima to partner me on this journey.

“As a committed democrat and progressive, I have read and listened to all that has been written and said. It has been an emotional and moving period. I understand the strength of feeling that has been displayed by some within our party and I cherish and respect the views of all.

“Yet, I remain steadfast in my belief in the selection of Senator Shettima. I am unwavering in my belief that is the very best person to run for office and to, hopefully, govern by my side.

“I believe in the project this party embarked on at the moment of its foundation. I believe our diversity is our strength and I believe that we must be victorious in order to achieve the greatness of which this country is capable.

The APC presidential candidate reiterated his continued: “All my life, my decisions regarding the team around and supporting me have always been guided by the principles of competence, innovation, compassion, integrity, fairness, and adherence to excellence.

“In politics, these principles are sacrosanct. Without them there can be neither victory nor good governance. I seek both. I applied them as Governor of Lagos. I apply them again now.

“This chapter in our nation’s history demands a bold yet pragmatic approach. In selecting Senator Shettima I have committed myself to this path. I have made the hard choice because I believe it is the best choice.

“This is where politics must end and leadership must begin. True Leadership is not grounded in religion, populism or sentiment. To forge ahead as a nation toward development and prosperity, we must break free of old binds.

“Senator Kashim Shettima’s career in politics and beyond shows that he is eminently qualified not only to deliver that all important electoral victory, but, also, step into the shoes of the Vice President.

“As a man with the talent, maturity, strength of character, and patriotism he has my implicit confidence and faith,” he said.