The Federal Government has concluded plans for the comprehensive repair works on the popular Eko Bridge in Lagos. To this end, traffic would be diverted… 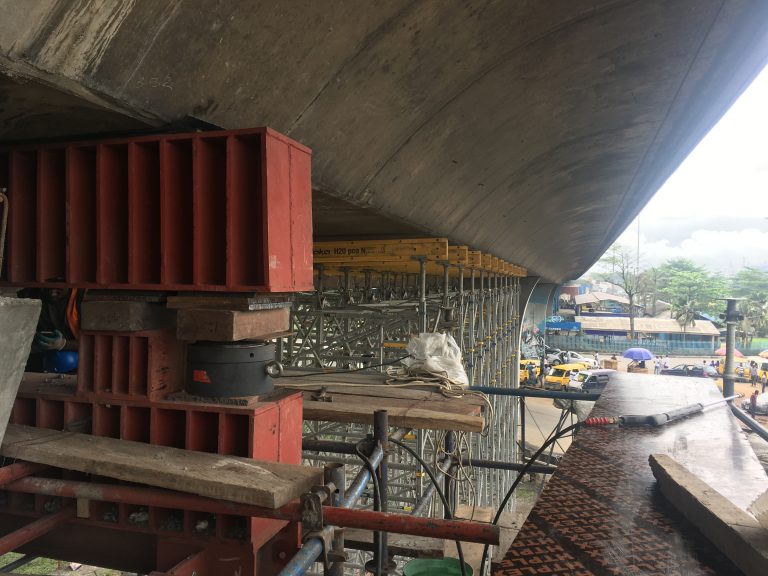 The Federal Government has concluded plans for the comprehensive repair works on the popular Eko Bridge in Lagos.

To this end, traffic would be diverted on the axis for a period of six months with effect from Saturday 5th March.

The repair work which is expected to further worsen gridlock on the ever-busy bridge would be carried out on the Alaka-Apongbon axis of the bridge.

The state Ministry of Transportation has however rolled out a diversion plan in response to the notification received from the Federal Ministry of Works.

According to the repair schedule contained in the notification, the diversion point is on the Apongbon bound lane of the bridge, the state government said.

Commissioner for Transportation, Dr. Frederic Oladeinde disclosed that Articulated and Heavy duty Trucks will be barred from using the bridge due to the nature of the repair works.

“They will therefore be diverted to Costain Roundabout to access their desired destinations, while smaller vehicles inbound Apongbon from Alaka can still utilize the bridge during the course of the repair works,” the commissioner said.

To further manage traffic, Oladeinde disclosed that traffic guides will be mounted along the affected routes to help motorists navigate the axis during the construction, adding that the State Traffic Management Authority will be on ground to coordinate movement.

Daily Trust reports that dozens of roads in the state have been diverted in recent times over several road constructions and the light rail project being undertaken by the state.

Just this month alone, no fewer than three road diversions were announced before the Eko Bridge diversion which was announced yesterday.

Just on Wednesday, in continuation of works at Iyana Era Road on Badagry Expressway, the government diverted traffic to commence Ilogbo Waterside Bridge construction for a duration of four months.

The commissioner however praised the citizens of Lagos for their understanding and patience amidst various ongoing road projects within the State, assuring that the end result will be beneficial to the people and the state.