Two journalists working with Trust TV, Abdulaziz Abdulaziz and Zaynab Bala, have been shortlisted for the Wole Soyinka Award for Investigative Reporting (WSAIR). They were… 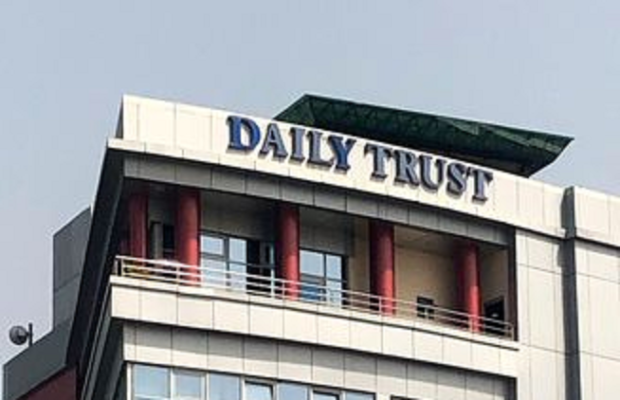 Two journalists working with Trust TV, Abdulaziz Abdulaziz and Zaynab Bala, have been shortlisted for the Wole Soyinka Award for Investigative Reporting (WSAIR).

They were shortlisted alongside 11 other journalists from various print, broadcast and online media outfits for the award to be hosted by the Wole Soyinka Centre for Investigative Journalism (WSCIJ).

The centre, on its verified Twitter handle, WSoyinkaCentre, said the 13 journalists were shortlisted from across the six categories of the awards and that the 17th Wole Soyinka Award presentation would take place on December 9 at 3pm at NECA House, Lagos.

It would close a two-day Amplify In-depth Media Conference to be organised by the centre.

Abdulaziz, is the Deputy General Editor of Daily Trust, a publication of the Media Trust Group with Trust TV as one of its subsidiaries.

Abdulaziz’s entry titled, “Nigeria’s Banditry: The Inside Story,” was released in March 2022.

It followed the intricate challenge of insecurity in the North West part of the country to its root by talking to victims and key actors.

The documentary unearthed how neglect of local communities, injustice and impunity created an atmosphere of vicious conflict and humanitarian crises.

On her part, Zaynab’s three-part documentary funded by the international women’s media foundation, Howard G. Buffet Fund for Women Journalists (FWJ) for Trust TV, takes a look at poverty, medical negligence, as well as cultural norms and practices, in three different states in northern Nigeria, as contributing factors to maternal mortality deaths in the country.

Nigeria currently accounts for about 20 per cent of global maternal deaths.

Despite efforts at the national and sub-national levels to reduce maternal fatalities, Nigeria’s maternal death rate has remained very high.