Atletico Madrid conceded in the 92nd and 96th minutes on Sunday to surrender a two-goal lead and draw 3-3 away at Valencia in La Liga.… 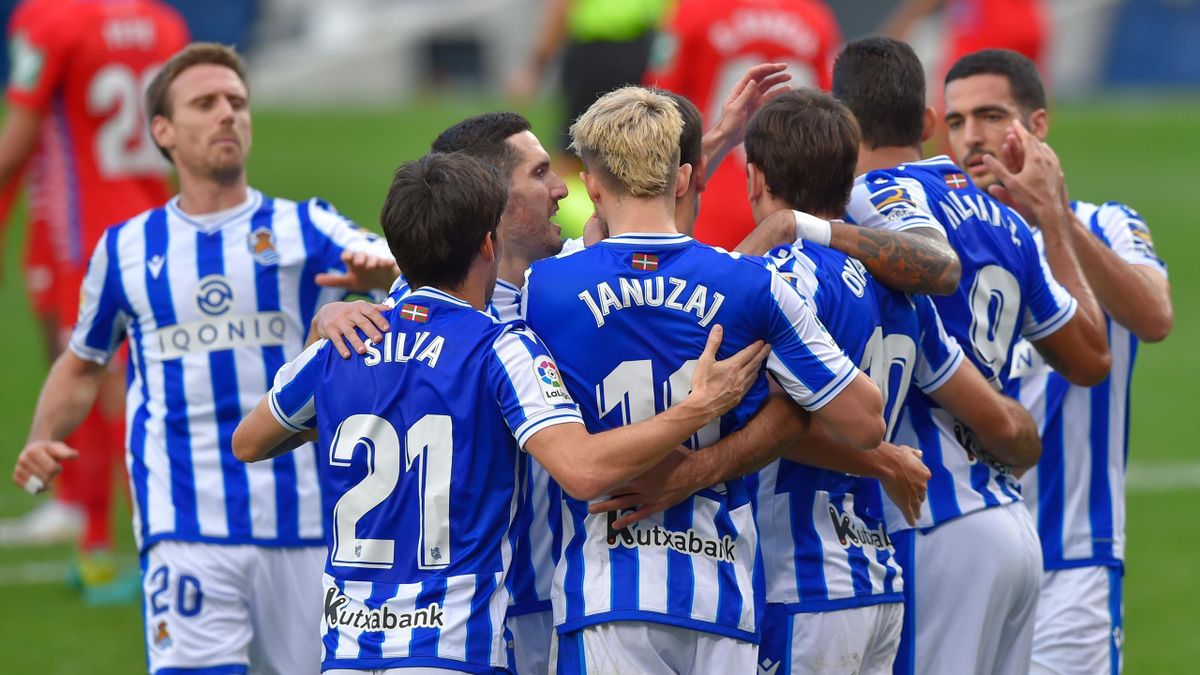 Atletico Madrid conceded in the 92nd and 96th minutes on Sunday to surrender a two-goal lead and draw 3-3 away at Valencia in La Liga.

Atletico let another two points slip away at Mestalla before Real Sociedad reclaimed the top spot with a 2-0 win away at Osasuna.

Luis Suarez’s opener was cancelled out by a Stefan Savic own goal early in the second half but when Antoine Griezmann and Sime Vrsaljko put Atletico 3-1 up, victory look secured.

Instead, Valencia pulled off an incredible comeback in added-time, Hugo Duro poking in a superb Jose Gaya cross and then equalising four minutes later, heading in to secure a dramatic point.

It is the fifth time in six matches that Atletico have conceded two goals or more, a period that has brought them just one win, with concern about their leaky defence growing.

“It’s difficult to explain,” said Atleti captain Koke. “We have to concentrate more, press more. It’s a lack of attention in the last few minutes.”

The draw leaves Atletico Madrid four points behind Real Madrid, who beat Rayo Vallecano on Saturday, and continues a weekend of remarkable comebacks in La Liga after Barcelona threw away a three-goal lead against Celta Vigo.

Valencia sit 10th but the point continues a mini-resurgence for Jose Bordalas’ side, coming on the back of a 2-0 win over Villarreal. Valencia had previously gone seven matches without a win.

“We never give up and that’s what we have shown,” said Duro.

Suarez gave Atletico the lead in the 35th minute with his seventh goal of the season, the Uruguayan surging past Mouctar Diakhaby and guiding a smart finish into the corner.

Valencia drew level shortly after half-time when Savic turned in Goncalo Guedes’ fired effort at the back post, but two goals in as many minutes put Atletico back in charge.

Griezmann curled a spectacular strike into the top corner before Vrsaljko prodded in after Valencia failed to clear and Suarez flicked the ball away from goalkeeper Jasper Cillessen.

But the drama was still to come. Atletico’s Geoffrey Kondogbia lost the ball upfield and Valencia were celebrating within seconds, Gaya’s curling cross finding the outstretched foot of Duro, who volleyed in.

There were still five minutes left for Valencia and that was enough.

Griezmann fouled Guedes, who sent the ball into the crowd in the box. Duro darted to the front post and got there first.

Real Sociedad had no such problems against Osasuna although they also left it late in Pamplona, Mikel Merino’s opener and an Adnan Januzaj penalty in the last 20 minutes sealing the victory for la Real.

They move a point ahead of Real Madrid at the top of the table, albeit having played one game more. (AFP)