On Wednesday, Nigerians woke up to the news that the country's U-20 female football team was stranded in Istanbul, Turkey. 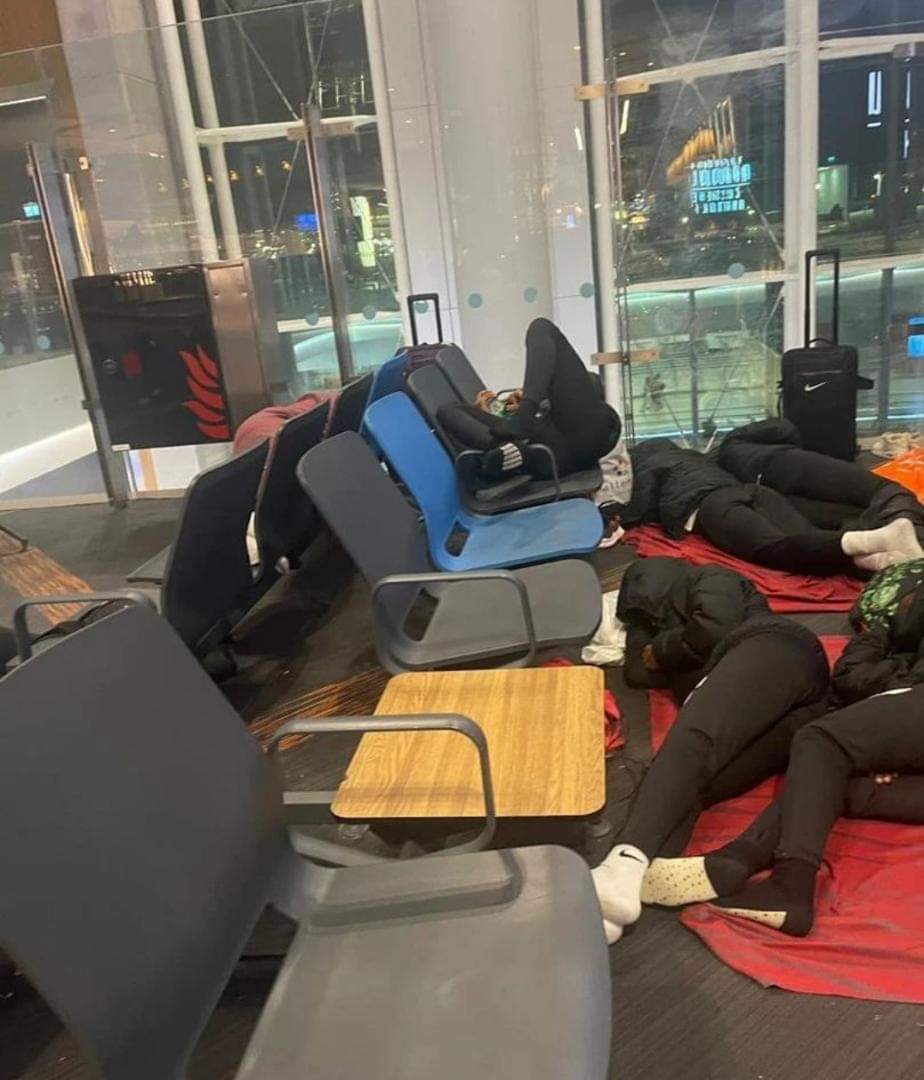 On Wednesday, Nigerians woke up to the news that the country’s U-20 female football team was stranded in Istanbul, Turkey.

The pictures of the footballers sleeping on bare floor at the airport went viral.

The Falconets were returning to the country after their exit from the FIFA U20 World Cup in Costa Rica when the incident happened.

It was reliably gathered the girls departed their hotel in Costa Rica at 6.30am local time on Monday, and were billed to travel via Colombia to Istanbul for the flight to Abuja.

Unfortunately, Turkish Air delayed their flight from Colombia to Turkey for 2 hours 30 minutes which led them to miss their connecting flight to Turkey.

As a result, they also missed the Turkey connecting flight to Abuja.

Daily Trust gathered that the Nigeria Football Federation (NFF) officials led by Ruth David pleaded with the airport authorities to allow the team get a hotel accommodation but they insisted that since the team doesn’t have transit visas, the players would not be allowed to step out of the airport.

Falconets won all the three group C matches to earn maximum 9 points but their superb performance was put to a halt at the quarter final when Netherlands beat them 2-0.