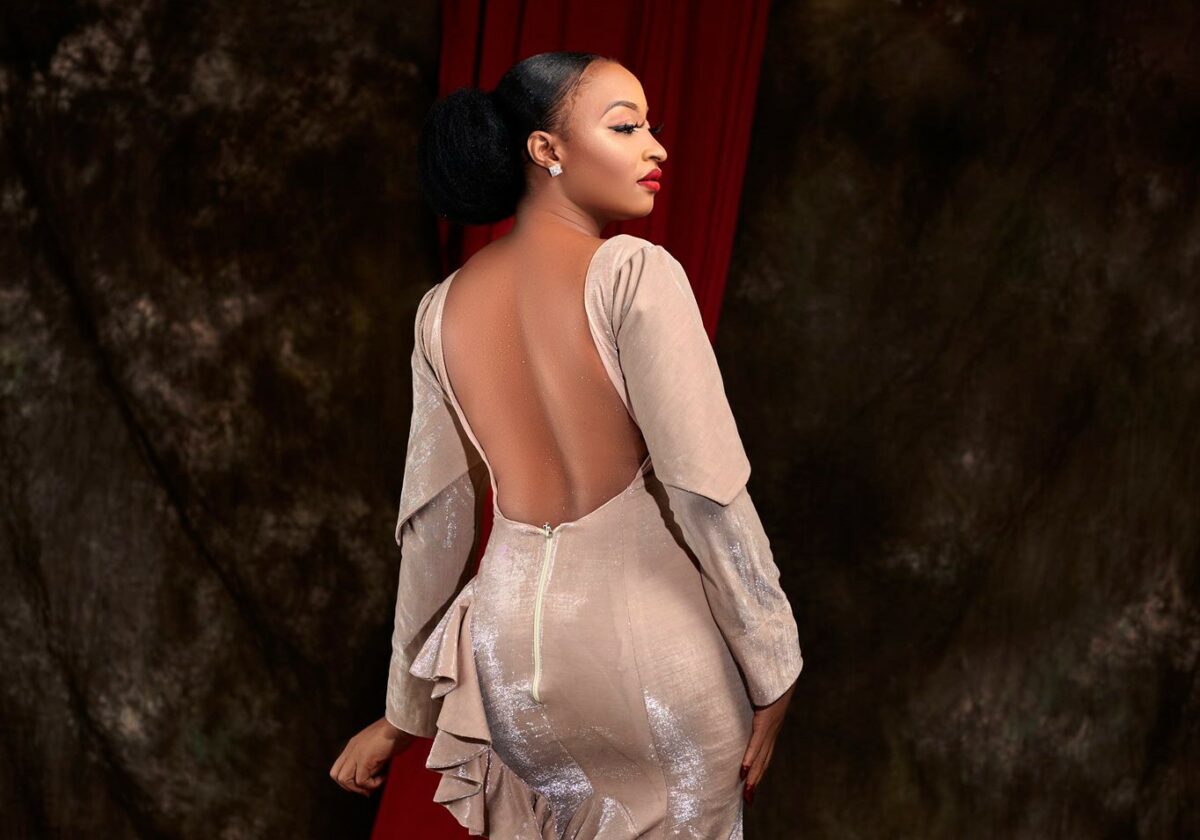 This is after the actress shared some stunning photos of her online exposing her back with her head uncovered.

Many have condemned her dressing and appearance, referring to it as indecent while others accessed her of promoting immorality in Islam.

A concerned brother made this for you Sis and I think you look fabulous in it. Remain blessed as you cover up. Thank you Sis pic.twitter.com/iFwmLrcmty

Rahama sadau learn to dress at least like this, it might be little bit lit.?
Half naked dress isn’t for Arewa Twitter people ?
May Almighty Allah keep guiding us to your right path. AMEEN? pic.twitter.com/PJFuS6OyUy

Ogah take am easy nah??
Unfortunate seeing something like this from her gaskiya

Sinners condemning others for sinning

The annoying part is most of the people here judging her do worse behind closed doors. The skeletons in their closets have got muscles.

The comments under here is the reason we are still complaining of Police Brutality every single day. The first step to victory is an end to Profiling people based on their dress.

As if the heaven sef sure for anyone. Mtcheew.

While many have taken it upon themselves to call her to order in a not so polite manner, some say she’s being harassed.

Rahama Sadau isn’t being called to order, she’s being harassed, insulted, bullied, threatened and dehumanized in the name of the very Islam that asks you to “Call people to the path of your Lord with wisdom and good advice and argue with them in the most courteous way…” Q16:125 https://t.co/RBnKbbYno4

I swear Arewa is a fertile land for extremism, this is why Boko Haram is continuously thriving. They don’t understand their own religion, not to talk of how to practice it. If this outrage was centered to our oppressors no Nigerian would ever dream of Canada.

This isn’t the first time Rahama will be bashed by northerners.

Recall that the actress was bashed in 2016 after appearing in a music video with Classiq.

The duo were seeing touching each other while producing the music video to the track ‘I love You’.

This led to lots of bashing which led to her being banned from Kannywood in 2016.

There is also a shisha lounge in the restaurant which welcomes people to smoke comfortably.

This also brought her to limelight where she received some bashings for encouraging an act Islam frowns at.