The 2022 FIFA World Cup in Qatar has been an exciting tournament since it kicked off on Sunday, November 20, with the African teams making… 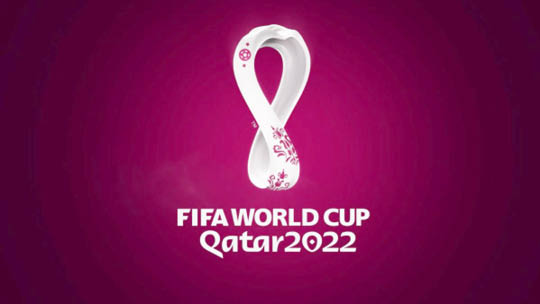 The 2022 FIFA World Cup in Qatar has been an exciting tournament since it kicked off on Sunday, November 20, with the African teams making huge statements with Morocco causing a major upset when they defeated world number two team, Belgium 2-0 in their second group match. And even without their talismanic captain, Sadio Mane, reigning African champions Senegal and Morocco have been the most impressive out of the five African teams in Qatar. Both nations have since reached the last 16. As the third round of matches are about to be concluded, Trust Sports sought the opinion of some Nigerian football fans on what they feel about the performances of the African representatives and if they think the Super Eagles would have fared better than Senegal, Morocco, Tunisia, Cameroon and Ghana who denied Nigeria the ticket to Qatar.

Rotimi Saka, a Credit Team lead, expressed his sadness at the exit of the Carthage Eagles of Tunisia but noted the steady improvement in African football.

“I am really impressed with the Lions of Senegal who have reached the Round of 16 even without Mane. Ghana and Morocco have been so impressive when you look at their fighting spirit against Portugal and Belgium. That was really inspiring and I believe they can both qualify.

“So sad Tunisia had to go but I can see a lot of improvements in African football. We can do it and will do it and who says we can’t win the World Cup. It may be tough but nothing is impossible. So, I say kudos to our representatives. They have really done us proud.

David Ude, a footballer with an Abuja based club, Panthas, said Senegal have been the most impressive of the African teams in Qatar.

“I have been following the World Cup with keen interest and in particular, Senegal when it comes to Africa. They may have lost a player in the person of Sadio Mane but have been able to get the job done. We know the importance of Mane but somehow they have been able to keep going. As with the absence of Nigeria, I think it is good we are not in Qatar,” he said.

His team mate, Michael Imo Bassey also said Senegal have been the most beautiful African team to watch.

“Senegal is really trying even without Sadio Mane. Just imagine Mane is in the team, the Lions of Senegal will be almost unstoppable. The game they lost was due to a small mistake which can happen at any time but they performed well in the next games. I enjoy them so much. Morocco is another African team I enjoy too but not as impressed as I am with Senegal,” he said.

A football coach, Seun Oyeniyi, said he is not disappointed in any of the African teams as they have done credibly well so far.

“I am not disappointed at all. They are showing the world their undying spirit and have really stepped up their game. They have demonstrated a never giving up spirit as we no longer accept defeat.

“In the past, once an African team is losing, they give up but not any longer again. That fighting spirit is so strong and has given me hope that one day, an African team will win the World Cup.

“And as for the Super Eagles, it is good we are not in Qatar. The failure to qualify has shielded them from more catastrophic results, if we had gone. We are not ready for the World Cup with most of our players just above average,” he concluded.

A musical artist, Wokoma Pearl, also believes going by the quality of football on display in Qatar, the Super Eagles wouldn’t have measured up.

He said “I personally believe they would have disappointed everyone. Apart from their poor coordination, the main problem is their fighting spirit. They lack the will to put in their best till the last minute. We saw that from Ghana in their first two games. The Super Eagles cannot replicate that.”

On his part, Samuel Mboto, a security personnel said “They (Super Eagles) would have failed even before kicking a ball. Why? Because of partiality, I strongly believe there is something fishy about the selection of players for international competitions.

“That alone would have disjointed the team and led to early failure. We have a lot of talent in the local league but chances are hard to come by for them.”

Abdul Musa, a barber and football enthusiast believes the Super Eagles lack the quality to compete among the best as he said the team lacks even an average keeper.

“They wouldn’t have done well as they are not technically poor and not good enough for the World Cup. The team lacks good goalkeepers and the midfield is also not solid enough. However, in the attack, maybe Moses and Ahmed Musa could have made a difference.

Peter Godfrey, a salesman, also said the Super Eagles would have been a total disaster in Qatar as they are no longer World Cup materials. “Probably not, they are not committed enough and I feel we are unlucky to have so many below-average footballers who lack coordination. The NFF is also not making things better.”

For Divine Joseph, the international friendly against Portugal had exposed Super Eagles weaknesses so they would have put up woeful performance at the World Cup in Qatar.

“Based on their performance against Portugal, a World Cup team, they would have performed woefully because that is the quality of opposition in the World Cup. The match only confirmed my suspicions that they are simply not good enough.”

However, another football fan and businessman, Ambisco Shammah, said “I’m convinced they would have made us proud. Some of our players are doing well in Europe’s best leagues and they would have translated that in the World Cup. Lookman, Osimhen, Moffi, and Iwobi to mention a few, are not doing badly in their respective clubs.

Wokoma Shalom, an economist, also believes the Super Eagles would have pleasantly surprised Nigerians at the World Cup in Qatar.

“I’m confident they would have put on an encouraging display. If you look at the form of Victor Osimhen, Alex Iwobi, and even Uzoho’s heroics against Manchester United, they would have pushed the team to good results on the biggest stage.”

But another fan, Bolaji Aliyu insisted that the Super Eagles as presently constituted lack the capacity to rub shoulders with the big boys at the World Cup.

“They cannot perform on the biggest stage because they are not good enough. There is so much talent in the local league but we continue to ignore them. Some of the so-called big players even avoided coming for the Portugal friendly. Disgraceful,” he said.