Prominent Nigerian professors who died in 2020

2020 has been a difficult year world-over especially as the coronavirus pandemic hit hard at the global economy, thereby shutting the economy of almost every… 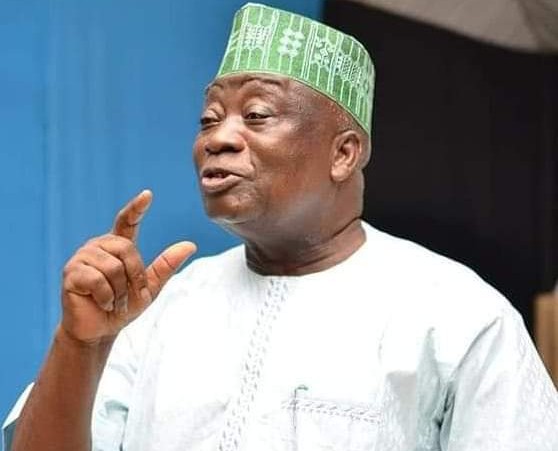 2020 has been a difficult year world-over especially as the coronavirus pandemic hit hard at the global economy, thereby shutting the economy of almost every country on earth.

This took a great toll on the human race more than ever before.

The academia has its own share of the misfortunes that characterized the year, as many professors fell to the cold hand of death.

Below is a list of prominent Nigerian professors who died in the year 2020.

Professor Jerry Agada, who died on December, 2020 at the age of 68 after a brief illness, was a former Minister of Education and Chairman, the Benue State Civil Service Commission.

Agada was born in November, 1952 at Orokan in Ogbadibo Local Government Area of Benue State.

He was appointed Executive Secretary, the Benue State Examnination Board in the year 1996.

In the year 1999 he rose to the position of Permanent Secretary, benue State Ministry of Information, Youth, Sports and Culture.

In 1967 he was appointed commissioner for Trade, Industry and Co-operative.

In his condolence message to the family of the deceased, the governor of Niger State, Abubakar Sani Bello, described the late professor as “Professor Bida lived an accomplished life and has left an indelible mark that he will always be remembered for.”

Professor Femi Adekunle was the first professor of criminology in Nigeria.

He died of COVID-19 in December, 2020 and until his death was a member of the presidential Advisory Committee Against Corruption, PACAC.

He also served as a political adviser to the former Chief of General Staff, Gen. Oladipo Diya during the administration of Gen. Sani Abacha.

Professor Habu Galadima, the former Director-General of the National Institute of Policy and Strategic Studies (NIPSS) died in December, 2020.

Born in 1963 in Toto Local Government Area of Nasarawa State, Galadima was a graduate of Political Science from the University of Jos.

Joining the University of Jos in 1990 as a graduate assistant, Galadima rised to the position professsor in the Department of Political Science in 2009.

He also served as HOD of the department and Deputy Director Planning of the institution.

Galadima served in different capacities at the DFID, the ECOWAS, the World Bank and the UNDP.

Professor Ayobami Akinwale, famous for his role in the 1990s movies, Sango, died in September, 2020.

The veteran Nigerian actor-cum-academic was a professor in the Department of Arts at the University of Ilorin.

Movie buffs will continue to remember Akinwale, a laureate of African Movie Academy Award (AMAA), as a veteran actor and one of the finest scholars of arts for his role in movies like Sango (1997), Ladepo Omo Adanwo (2005), Isense Aje (2007), among others.

The professor of infectious diseases was the Chairman, Board of Directors, Zankil Medical Centre, Abuja.

A former professor of physiology, Professor Aliyu Dikko was a lecturer at the Department of Human physiology, College of Health Sciences, Bayero University, Kano.

Dikko was a former Vice-Chancellor of the institution.

Dikko who died in April, 2020, was involved in the opening of three faculties of Medicine/Basic Medical Sciences in Bayero University, Kaduna State University and Yusuf Maitama University, kano

The  professor of Personal and Counselling Psychology died in July 2020.

Until his death, the Ijebu land born professor, was the Chairman of the University Security Council and the President of OOU Senior Staff Club.

He died in December, 2020, after a brief illness, according to family source.

Until his death, Professor Garba lectured at the Department of Business Administration and Dangote Business School, both at Bayero University.

Maikaba died after a brief illness at a private hospital in Kano at the peak of the Coronavirus Pandemic in the state.

Maikaba graduated from the university in 1991, employed there as a graduate assistant and became a professor in October, 2018.

Professor Haruna Wakili, described by his students as “a gentleman extraordinaire”, died in June 2020.

The former commissioner for education in Jigawa State was a scholar of history.

He was the former Director-General, Aminu Kano Center for Democratic Research and Training, Mumbayya House, an affiliation of Bayero University, kano.

The late renown professor of economics attended University of Pittsburgh, Pennsylvania, in the USA.

He was a  commissioner for education in Kano State and set up the twin science secondary school at Dawakin Tofa and Dawakin Kudu local governments.

Profesor Oladipo Akinkugbe, a foremost professor of medicine at the University College Ibadan died in June 2020, at the age of 86.

Akinkugbe, who practiced medicine for 60 years, was the chairman of the Board of Management of University College Hospital Ibadan.

He was also a one-time chairman of the Joint Admission and Matriculation board (JAMB).

He served as the pro-Chancellor, Ahmadu Bello University, Zaria and a former Dean of the Faculty of Medicine, University of Ibadan.