News of attacks—killings, kidnappings and cattle rustling—in recent times has become recurring  in various villages of Wase Local Government Area of Plateau State with many… 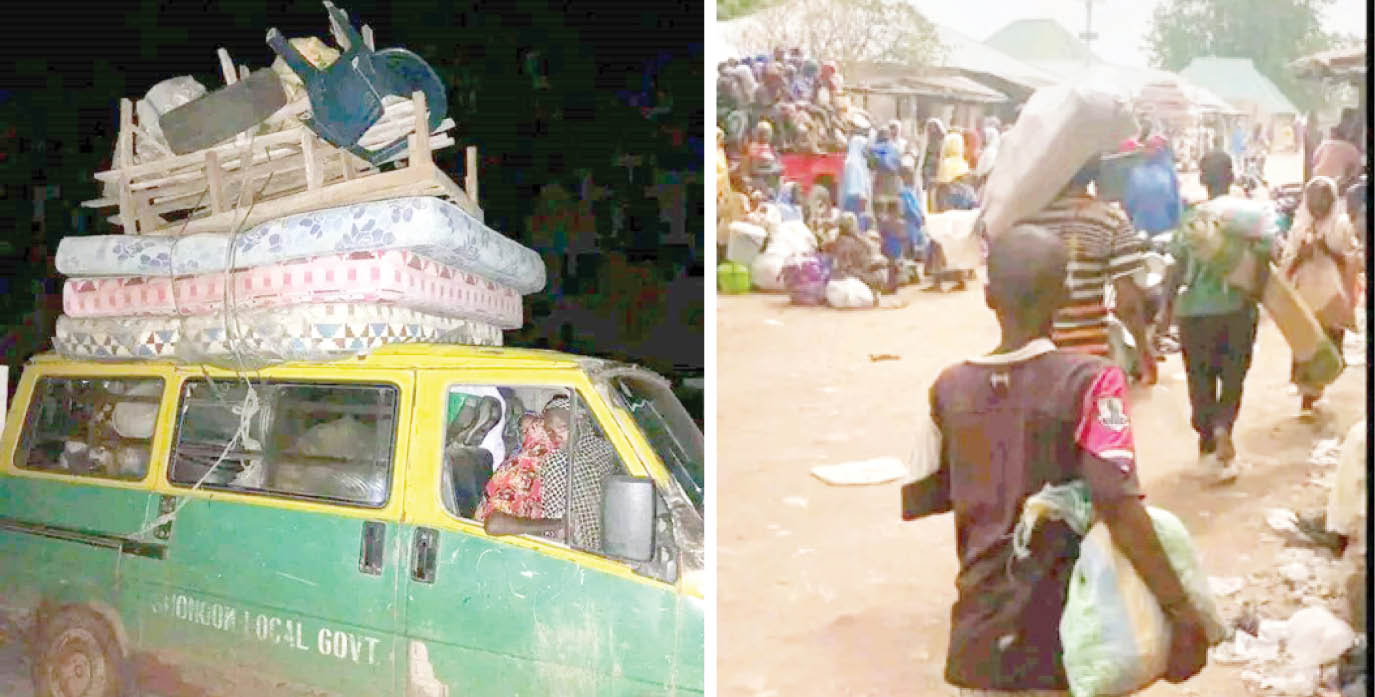 News of attacks—killings, kidnappings and cattle rustling—in recent times has become recurring  in various villages of Wase Local Government Area of Plateau State with many people, including security personnel being killed.

Residents said abduction of farmers, travellers and businessmen and women has become a daily activity by bandits, halting business and farming activities in many of the villages of the LGA.

The residents also said hundreds of cattle were rustled by bandits, who have been terrorizing different communities in the LGA, since last year. Just last Saturday, the bandits attacked Guiwan Kogi, and rustled over a thousand cattle that were to be taken the following day to cattle markets in the southern part of the country.

Within a few weeks, this paper reported how scores of residents were killed and several abducted by bandits in the various Wase communities.

Wase is located in the southern zone of the state and some 216km southeast of Jos, the capital of the state, with a thick forest that borders Bauchi, Gombe and Taraba states. Villagers said the culprits often hid in the forest and other hideouts between Plateau and Taraba after launching attacks and committing other nefarious activities.

On June 28, the bandits issued a five-day quit notice to residents of Sabon Zama, Gindin Dutse, Anguwan Tsohon Soldier, Anguwan Yuhana and Anguwan Mangu villages in the LGA. They ordered them to leave their communities within five days or face war. The communities are currently deserted.

A resident of Wase town, Abdullahi Usaini, told Daily Trust that prior to the issuance of the quit notice to the communities, the residents of other villages, including Tapga, Dogon Ruwa, Shabindi, Aduwa, Shengel, Bangala, Guiwan Kogin Gimbi,Paikanti, Bunyn and Sabongari had already fled their homes for a couple of months now for fear of the unknown.

Abdullahi added that “Because of the recurring  attacks in recent times, residents of communities like Pinau, Safiyo, Zak, Gimbi, Yalun, Yuli, Gindin Dutse, Kampani, Zurak, and Sabon Zama, may also flee their homes because they are living in fear as the bandits can launch attack on them at any moment.

“This is the situation now in Wase. We are in a dire condition. Even last Sunday, they attacked Kampani and killed two persons and injured one. But for the intervention of the soldiers stationed in the area, they (attackers), would have killed countless innocent villagers because they came on the market day.

Residents of the communities, who are still living in their communities, said they are living in grave fear, as the situation is deteriorating by the day. They said hundreds of people have already fled their homes and farmers have abandoned their planted crops.

Hon. Ubale Pinau, a resident of Pinau village, told Daily Trust that people of his community  have started fleeing to Wase town, as many of the communities sharing border with Pinau had been deserted and Pinau could be the next target from that axis.

He said: “The bandits can come in the morning, afternoon or night. Even last Sunday,  they invaded our community in night and carted away motorcycles.

“There are soldiers in Pinau who have been doing their best but their number is not sufficient considering the number of the bandits who invade the villages,” Ubale said.

Another resident of Pinau, Garba Sauki, said: “The old men and women, and kids have been evacuated to Wase town. For now, it is only the youths that remain in our village who are also living with uncertainty.

“We can’t go to farm because if you are found in the farm, you will either be abducted or killed. Life entirely has become miserable. We are calling on relevant authorities to come to our aid. There is need for the deployment of more security personnel to assist those on the ground because the villages are deserted,” Garba added.

Jep Yunusa, a resident of Anguwan Mangu also said: “We are now living in hiding. We can’t move freely. Many people have fled. Our properties have been stolen and our wives are being raped by the bandits. We find it difficult to understand what really the problem is.

“This is neither religious nor ethnic war because both Muslims and Christians are being killed or abducted. Everyone is being killed irrespective of their ethno-religious affiliations. We don’t know if we are in Nigeria or not. They don’t allow us to go to farm. Even yesterday, they killed a farmer in his farm. We are in pain and need quick intervention by the government,’’ Jep added.

I am disturbed by what is happening in Wase—Deputy Speaker

The member representing Wase Constituency in the House of Representatives, Idris Ahmed Maje, while reacting on the development said he was disturbed by what is happening in his constituency. He said he had been doing his best and would never relent in his effort to see the end of the banditry, kidnapping and other forms of criminality in the area.

Maje, who spoke through his Chief Press Secretary, Umar Puma, said he was concerned about all forms of criminalities not only in Wase but other sections of the country. “As a legislator he has been doing his best. He notified the security agencies severally about the security situation in Wase and even moved a motion regarding the insecurity bedevilling the area.

“At his level, he has been supporting them (security). He provided them severally with all the necessary logistics required to ensure peace in the area. As a legislator he has a limit to what he can do. Wase is his LGA of origin and he will never wish anything bad to happen to it. He is deep in pain looking at how lives and properties are being lost. He is willing to do everything possible to ensure peace in Wase. He is calling on the security agencies to redouble their efforts and advising the citizens to help the security fish out the perpetrators.

We will take the fight to their hideouts—LGA chairman

The chairman of Wase LGA, Dr Ado Abubakar, while reacting on the insecurity bedevilling his LGA, said they had been making efforts to bring an end to the attacks and other forms of criminality in the area. He blamed the situation on the influx of bandits from Zamfara, Niger and Kaduna states.

He said: “The whole thing became worse sometime last year. It started with kidnapping and later turned to attacks on communities and rustling of cows. The bandits were able to penetrate the communities due to the terrain of the LG. We have a thick forest that borders three states – Bauchi, Gombe and Taraba – and there is no clear route to the area or across the forest.

“So, whenever the assailants commit crimes, they move into the forest, and it is always difficult to get there especially during rainy season. They are taking the advantage of the area. But even with that, at government level, we have been doing our best together with security agencies and will continue to support the security. Recently, we received more deployment of soldiers. We are making efforts to see how we can tackle the issue of insecurity in the communities. Very, soon, we will take the fight to their hideouts.”

Several operatives of the security agencies complain lack of prompt information about the activities of the criminals as a factor to the lingering insecurity in the area.

The spokesmen of the OPSH and the State Police Command, Major Ishaku Takwa, and DSP Alabo Alfred, respectively, did not pick our correspondent’s calls nor respond to text messages sent to them seeking their reactions on the situation.

With the current insecurity situation in the area, many residents of the affected communities say if adequate security measures are not taken to stop the incessant attacks the whole area would be deserted. They appealed to relevant authorities to urgently come to the aid.