Operation Safe Haven, the multi-security taskforce mandated to restore law and order in Plateau State as well as parts of Bauchi and Southern Kaduna States… 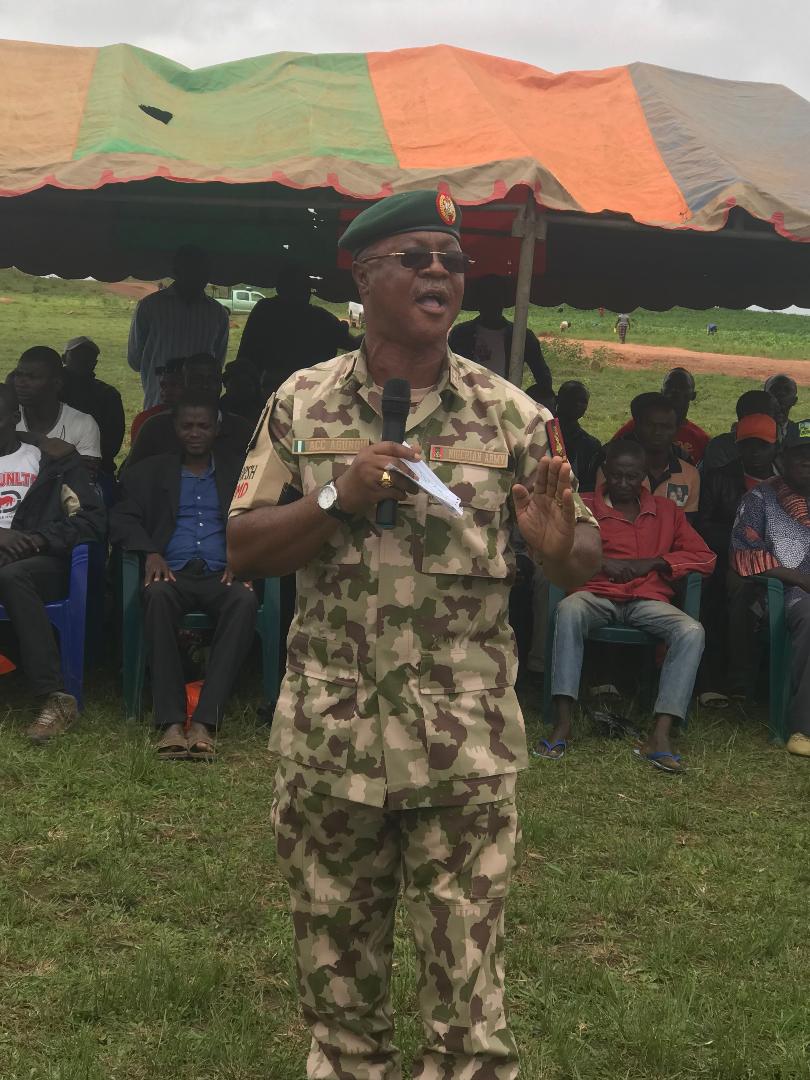 Operation Safe Haven, the multi-security taskforce mandated to restore law and order in Plateau State as well as parts of Bauchi and Southern Kaduna States have began an intensive tour to crisis prone areas to caution farmers and herders from clashing during the farming season.

Daily Trust reports that most clashes between predominantly Berom farmers and Fulani herders occur during the farming season when farmers accuse herders of veering their cows to feed on farmlands.

Commander of the Special Task Force, Major General Augustine Agundu warned during a peace parley with Berom and Fulani stakeholders in Riyom local government area that no farmer should be afraid to go to the farm during the season and warned that anyone who stands as an obstacle to the farming season will be hunted down.

In the same vein, General Agundu warned that nobody should restrict herders from passing through places that are not farmlands in order to feed their cattle stressing that the animals have a right to eat.

He described as unfortunate that political and community leaders in Plateau State have sewed seeds of discords in the minds of the young people to see another person from another tribe as an enemy.

“One peculiar issue on the Plateau is that we hold unto ethnicity as if one particular person is more superior than the other. People have a right to their culture and their identity but when you say because of that culture, you are superior to another tribe then you are looking for trouble,” he said.

He accused the youths of concealing weapons but warned that the earlier they submit them to the police the better and stressed that community leaders must be mindful of the fact that the youths may someday turn against them and use the weapons against them.

The Dagwom Rwei of Riyom, Samuel Mwadkwan Jok advised Fulani herders to accompany minors who may be unable to control the herds of cows and cautioned the Berom against attacking the herders when their farm lands have been destroyed but to follow the appropriate channel to report the incident.

The Ardo of Riyom who was represented by Bello Adamu explained that Fulani herders in the area no longer use unsupervised young boys to herd cattle so as to avoid farmland destructions.

Adamu however explained that the herders were facing problems from tin miners who chase away herders leaving the cows to veer into farmlands.

The OPSH commander who was touring alongside representatives of National Orientation Agency and the Plateau Peace Building Agency also admonished Fulani herders in Maraban Dare and Dutse Kura in Bassa local government area to avoid farmlands during grazing.