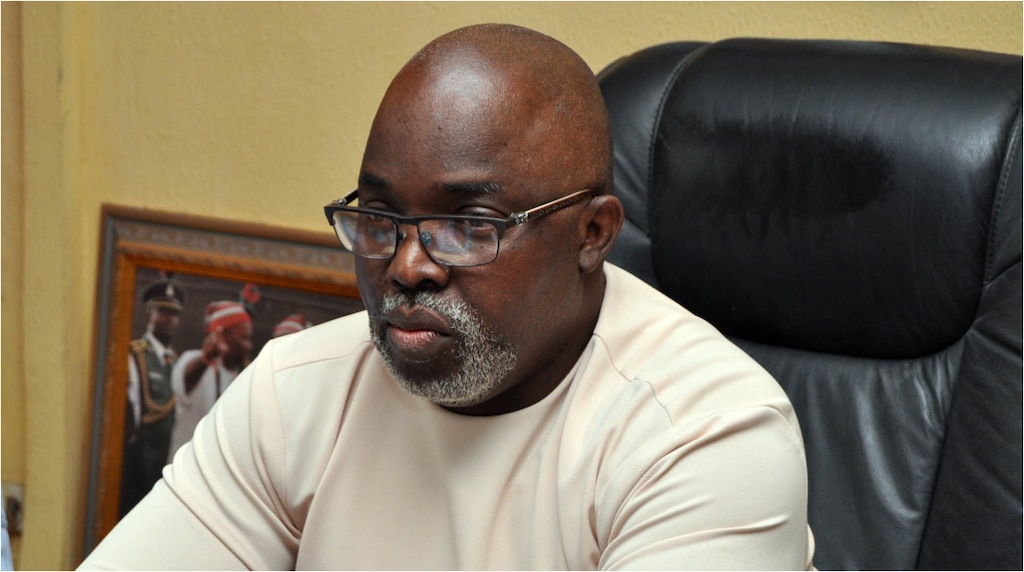 The highly acrimonious eight-year reign of Amaju Pinnick as the president of the Nigeria Football Federation will come to an end on September 30 as the Annual General Assembly (AGA) of the NFF yesterday arrived at a date for the 2022 elective congress.

The 77th AGA of the NFF was held Thursday in Lagos where it was decided that much awaited NFF election should be held on September 30 in Edo.

During the congress, NFF President, Amaju Pinnick officially informed the NFF 44-man Congress of his intention not to contest the September election.

Although October 20 was proposed for the election date, the Congress who were rearing for war with Pinnick rejected the proposal and adopted the original date of September 30, thus extending the board’s tenure by 10 days.

The 51-year old member of CAF and FIFA Executive Committee, therefore, praised the Congressmen for their support over the last eight years.

“As I stand before you today, I want to thank the Congress for what they have done for Nigeria football in the last eight years. I want to leave the Congress as one unit the way it was handed to me in 2014.

“I want to say here that I am not going to contest for the NFF president again,” he declared.

However, against normal procedures, there will be no electoral committee as the current board led by Pinnick will remain on board to supervise the election.

The NFF congress had in attendance the Chairmen and Secretaries of the 44 Members of the NFF (Football Associations of all the 36 States and the FCT; the Leagues; Coaches Association; Referees Association and; the Players’ Union).

With the latest development, a new President will be elected in September to take over from Pinnick after eight years in charge of the Nigeria Football Federation.