Seven days to the Central Bank of Nigeria (CBN) deadline for the validity of the old Naira notes, long queues have been formed around ATM… 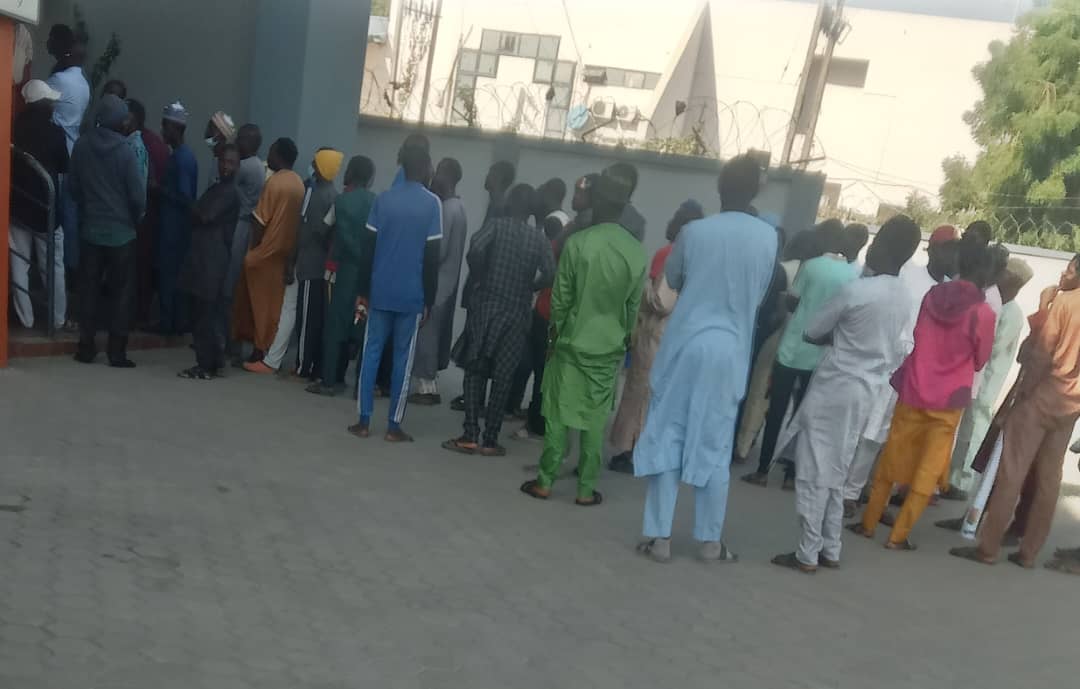 Seven days to the Central Bank of Nigeria (CBN) deadline for the validity of the old Naira notes, long queues have been formed around ATM machines in Kano metropolis.

Daily Trust observed as many as 50 persons lining up at some ATM machines in banks within Kano metropolis.

Our reporter went to banks on Maiduguri road, Murtala Muhammad way and around Sabon Gari axis on Tuesday morning.

While some of the banks have as many as 10 ATM machines, some had only one or two functional machines, making customers spend more time in queues.

In some banking halls, old notes were still being issued to customers withdrawing over the counter, while some customers were lucky to get new notes.

Ibrahim Kinchi, a customer who got new notes, lamented that he was only able to withdraw N20,000 because of CBN’s policy on withdrawal limit.

“I came here quarter to seven and I was only able to withdraw N20,000 and my needs have exceeded that daily. I am not really happy about it.”

Also speaking, Haruna Idris Gama, another customer, said, “Since morning, I have gone to at least eight Banks, at Bello road, but when it got to my turn, the money finished.

“Another issue is, the long queue, over hundred people and the machines were not dispensing. I want to go to the market, what do I do now?”

See photos of people trying to withdraw below: 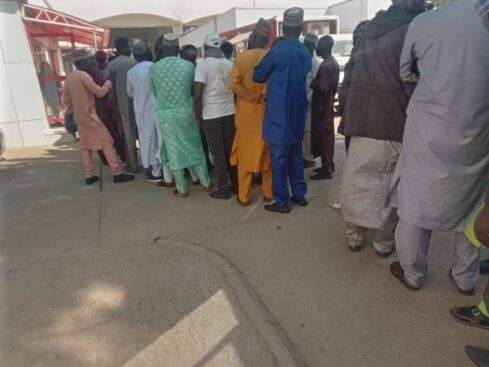 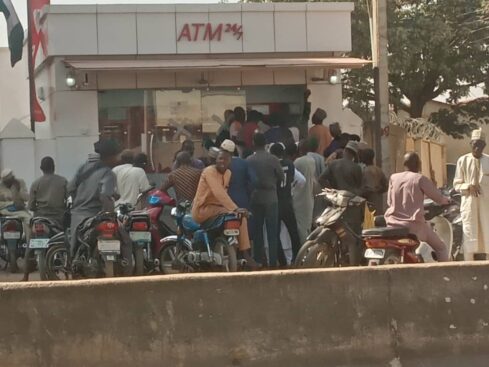 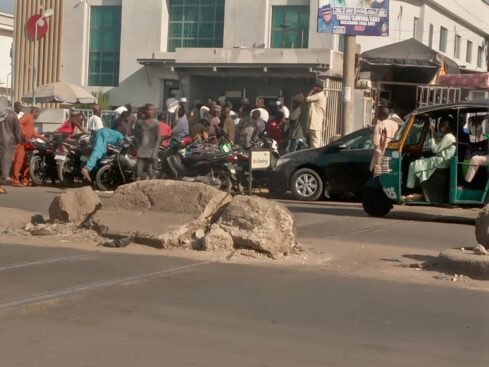 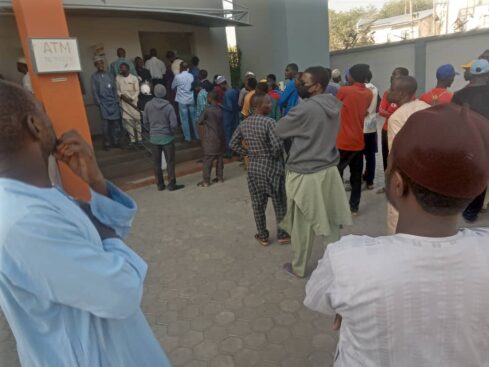 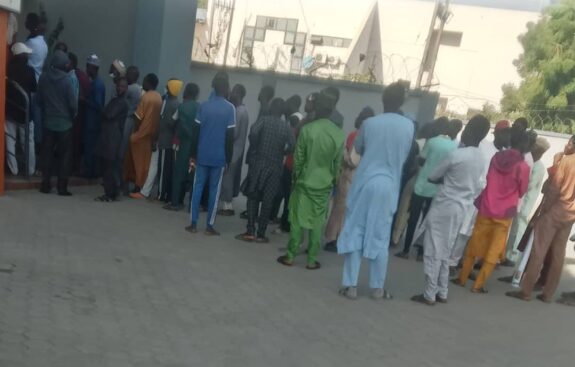 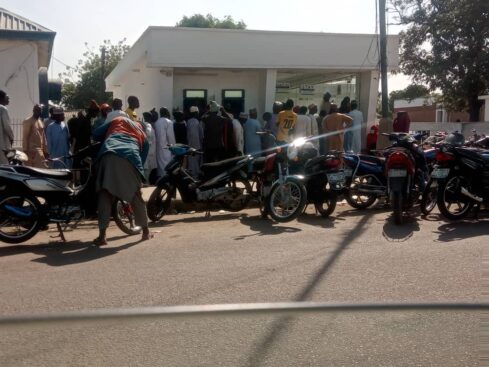 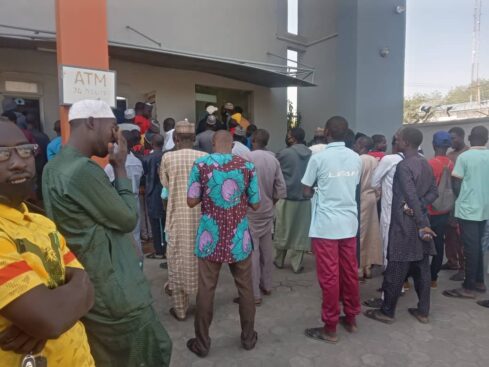 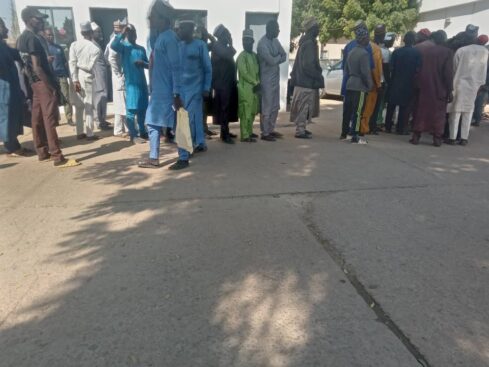 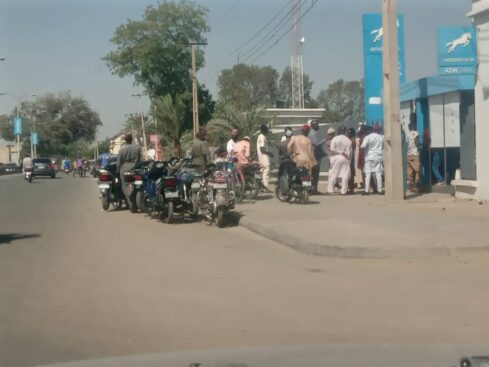