By Adefolarin A. Olamilekan In the last few months, the upsurge in food prices and related items has become so worrisome; that whatever budget one… 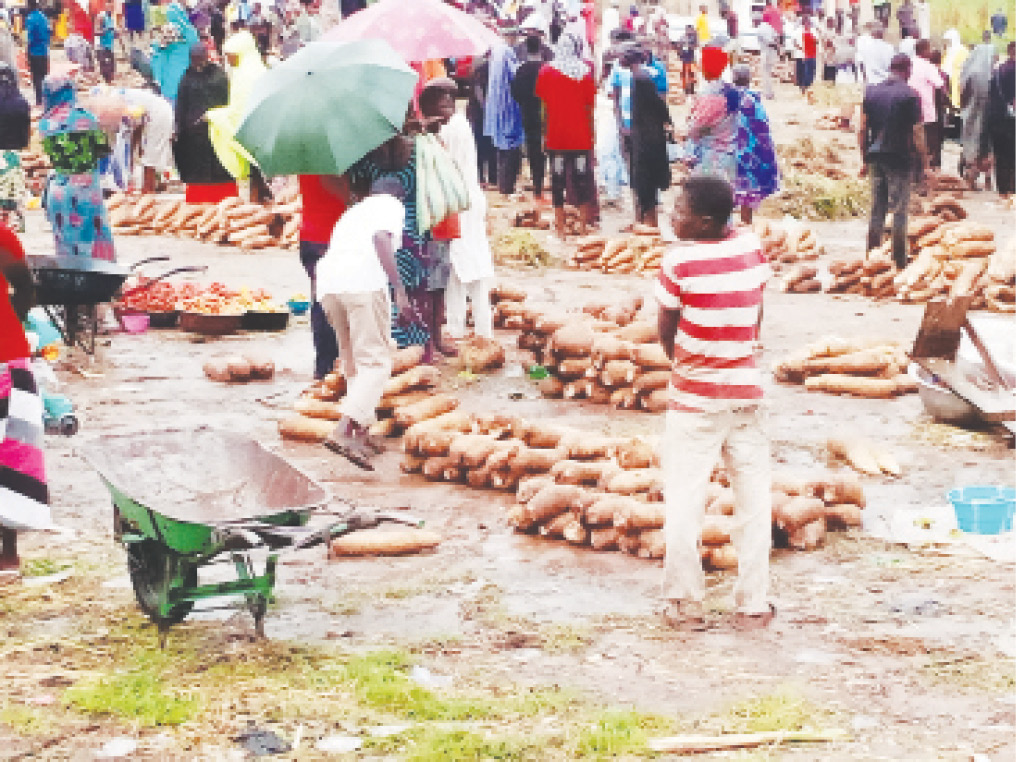 In the last few months, the upsurge in food prices and related items has become so worrisome; that whatever budget one enters the market with, one is bound to get lower than the plan purchased. The situation is becoming more overwhelming on daily basis. Equally, also is that the Nigerian state over the years has always found it difficult to deal with the microeconomic, especially taming the bothersome food price increases. Whereas it is a challenge to the government, the citizens are living under the serious uncontrollable, delibrate and cruel pricing system. This has bestowed by the capitalist economic system of private ownership of means of production and properties.

Better still; the Nigerian economy today faces not just the incapability of policymakers making appropriate decisions. Just like every economic system, the Nigerian economy is a reflection of the various centrifugal and centripetal forces that combined to shape the direction of things. Our modest review of the impact of capitalism on the Nigerian economy and its preponderant threat would help us to understand the trends of incessant and unabated food price upsurge now and before. Although expansionary economic reforms were deplored, this has even gone to create more problems in the citizen’s standards of living.

Extensively, the Nigerian economy has a historical experience of slavery, colonialism, neocolonialism, imperialism and  contemporary globalism. Grippingly, prior to her contact with the British colonial government, the economy of Nigeria was rich and based on agriculture and it was primarily for consumption. However, the introduction of currency and commodity boards were to incorporate Nigeria and by extension African economy into global capitalist expansion. Perhaps, this over the years compounds the Nigerian state as a mono-cultural economy that depends on oil as the major source of revenue generation, thereby leaving her in the contradiction of oil price slum and shock dilemma.

Explicitly, the Nigerian economy on paper is good but it’s inconsistent with the reality on ground. The government’s penchant for a large sum of recurrent budget instead of capital oriented in a way struggle the economy into recursive trends. Inadvertently, this has weakened the economies of new ideas and perspectives of goods and services to meet the desire need of citizens. The underlying fallout from this is the government’s inability to envision its economic  diversification beyond agriculture and ICT with less priority on the role of the informal market on the microeconomic and macroeconomic constancy. This in short underpins the problems of food prices in contrast.

For instance, the Nigerian economy is tailored on oil with neglect of other sectors, although agriculture forms the basis of the economy before and shortly after the attainment of political independence in the 1960s. Incidentally, agriculture remained the dominant economic activity in terms of economy and this should have made the country largely self-sufficient in food supply without importing any.

Fundamentally, this now brings us to the core of this polemic, the crushing food price upsurge. Interestingly, many would argue that certain economic factors were responsible. The argument put forward by the majority of economists and traders is the increase in the pump price of fuel over the years contributed majorly to food price increased. Another argument is the herders-farmers clashes, bad roads, banditry, kidnapping and the recent insecurity in the southern part of the country. Understandably, these are contending arguments that evidently in one way or the other compound food price rise in the country. On the other hand food for items that need further process and require the importation of complimentary raw materials, the complaint is around the depreciation of the naira against the dollar. We cannot agree less that all these play a vital impact on food price.

We must demonstrate that the price of goods and services is not determined by production cost as claimed by economists. Rather, it is not a charitable exercise of the traders or producers to sell their products relatively it is the motive to make profits. Consequently, the velocity of profits is the deep-seated factor determining the level at which traders and producers fix prices. As Karl Marx contends, “profit rises to the extent capitalist survival depends on profits which derive from exploitation”. We agree with Marx, that exploitation for profits by traders and producers is the paradox of deepening food price upsurge in the country.

Here two points need to be made. First, that beyond our early assumption, the question about the unethical practice from middlemen, distributors, traders and producers is greatly at the cranium of food price increase. Secondly, we acknowledge the government’s inability to tame the nation’s microeconomic challenges result in the prevailing food price surge courtesy of the continual integration into global capitalist economy practices. It is essential for us to grapple that the penetration of our economy from that end is causing ripples in domestic’s food prices. In other words, we are under the leniency of global capitalist exploitation perpetuate at the home front.

What then is to be done? It is pertinent for the Nigerian state at this point to show leadership and engage in state intervention with a comprehensive policy to tame incessant food prices upsurge.

Olamilekan is a Political Economist and Development Researcher