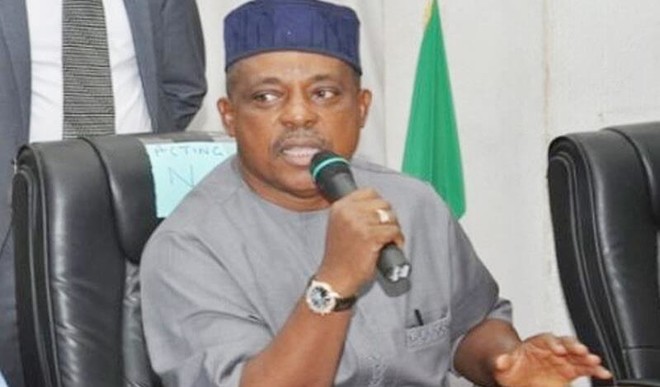 The governorship candidates of the Peoples Democratic Party (PDP) in Kogi and Bayelsa States are expected to emerge today following the commencement of the primary elections.

As of the time filing this report, voting was ongoing at the PDP primary for the Nov. 16 Kogi governorship election.

Daily Trust reports that voting commenced yesterday at about 6: 50 pm at Confluence Stadium Lokoja, venue of the primary election.

The Chairman of the Electoral Committee for the PDP Primary, Gov. Ahmadu Fintiri, of Adamawa State, said a total of 2,388 delegates were accredited out of the total of 2511 PDP delegates from the 21 local government areas of Kogi.

Fintiri, who said 13 aspirants were contesting in the election, stressed that no single aspirant had indicated any decision to step down.

Five local government areas namely, Yagba West, Olamaboro, Omala, Ibaji and Ankpa have voted as at the time of filing this report.

Announcement of results was being expected today.

Similarly, as of the time of filing this report last night, the accreditation of delegates had started in Bayelsa State.

The delegates, who had been camped in some designated hotels in Yenagoa, the state capital, were conveyed to the venue of the accreditation at Ijaw House, along Sani Abacha road by coastal buses.

Delegates for each local government area (LGA) were made to queue for their accreditation one after the other, while security operatives cordoned off some major roads leading to the venue of the accreditation at Ijaw House and Gabriel Okara Cultural Centre where the voting would take place.

The exercise which would have started earlier suffered a little delay due to the determination of case before Justice E. G Umukoro of the state high court sitting to allow the elected council officials in the state to take part in the exercise. The court has however dismissed the suit.