PDP crisis: No issue of concern to Wike’s camp has been resolved – Bode George

A Peoples Democratic Party (PDP) chieftain, Chief Bode George, has said that none of the issues of major concern to the aggrieved members of the… 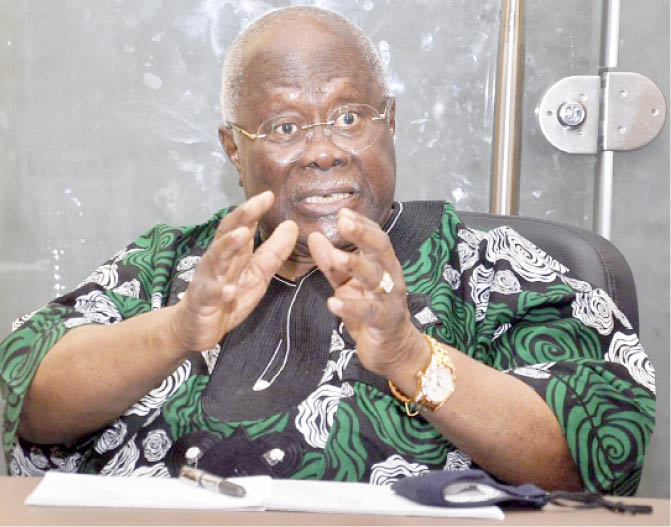 A Peoples Democratic Party (PDP) chieftain, Chief Bode George, has said that none of the issues of major concern to the aggrieved members of the party was resolved during the recent meeting between Governor Nyesom Wike of Rivers State and some members of the party’s board of trustees.

Bode George is one of the members of the party demanding the removal of the PDP national chairman, Dr Iyorchia Ayu, saying the current structure of the party lacked balance and fairness.

Since the emergence of Atiku Abubakar as the presidential candidate of the party, some members of the party had demanded zoning of the party chairmanship to the southern part of the country, citing the principle of justice and fairness as enshrined in the party’s constitution.

Asked to comment on the meeting during an interview on Channels TV’s Politics Today on Wednesday, George  said, “I was not there physically, but what I gathered after the meeting was that the issues raised that were of major concern to us have not been resolved and the committee led by Senator Wabara stated that they would continue the discussion.

“Rightly it’s the responsibility of of the board of trustees to wade into such crisis and I am sure they will go back to convey the thoughts and the thinking of other members, who are eagerly looking to solutions to our problems.”