Governor Bello Mohammed Matawalle of Zamfara, on Wednesday, distributed 260 cars to the traditional rulers in the state. The distribution was done by the Sultan… 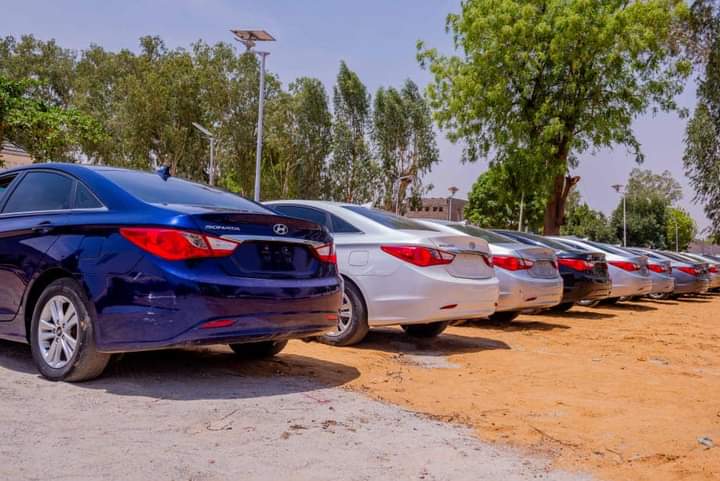 Governor Bello Mohammed Matawalle of Zamfara, on Wednesday, distributed 260 cars to the traditional rulers in the state.

The distribution was done by the Sultan of Sokoto, Alhaji Sa’ad Abubakar III, at the Government House, Gusau.

Matawalle said the gesture was done in recognition of the status of the traditional institution as the custodians of religion and culture and vehicle of cohesion and peace in societies.

“It is in view of the high esteem with which my administration regards our traditional leaders and institutions that we decided to procure brand new cars, Cadillac 2019 Model, for 17 Emirs, 13 Senior District Heads and 230 District Heads across the State”, the Governor said.

Consequently, some Nigerians have taken to social media to express their anger over the “waste of public” funds by the governor.

Many of them lambasted the governor for not taking the well-being of the masses seriously.

Below are some of the reactions on the Daily Trust Facebook page:

Raji Ismaila
Can you imagine that? Instead of him to buy surveillance drone and other technology equipment that will help the state fight against insecurity, still wondering when the movie 🎥 is going to end.

EmyBaron Hilldon
Yes he is doing well, his people are languishing in poverty. The money that is meant for all now been wasted on few. Tell me how there won’t be bandits?

Peter Amaneshi Ako
And they think the ordinary man or woman in Zamfara will happy for this? It’s totally uncomfortable in a state where drinking garri for dinner is like having breakfast with queen Elizabeth of England. Shame Shame Shame to governor Matawalle.

Ekundayo Joseph Fagbemi
This is the State that bandits and kidnappers are killings people everyday without concrete steps from the government.

Ibrahim Mustapha
These flashing cars are alluring to bandits attacks. Thank you Governor matawalle for putting the lives of your traditional rulers in danger.

Rilwanu Ashiru Fulatan
Misplaced priority. Matawalle’ s wayward administration is a curse to Zamfara state, he lacks, concern for the ruled. Despite insecurity bedeviling the state, he use state fund to purchase luxury cars for monarchs while thousands of displaced people are starving at IDP camps across the state.

The reactions are not different on Twitter. Here are some of the embed tweets:

Lack of quality leadership is our problem in this country. Imagine this misplaced of priority.

Monarchs control the electorates-majority of whom are https://t.co/ZUBgwNQfOp get their votes in 2023, Matawalle must work with these Monarchs (along with the religious leaders). This is why it is difficult to break the circle of poverty in the North. @daily_trust @APCNigeria

The poorest Sate in Nigeria with almost zero governce, where non state actors are incharge of over 45% percent of the state .A state with the highest level of illiteracy ,poverty and unemployment. Na waa

Why not more cheaper vehicles like innoson jeeps or something better and use the remaining money to reduce the level of poverty in the state. Oh I see ! Election is around the corner 😉

I know everyone will be quick to insult the governor but what about the monarchs who will accept these Greek gifts rather than demand that he governs?

Why is everyone just selfish?

I have said this and will say it again, Nigerian politicians are not normal people!