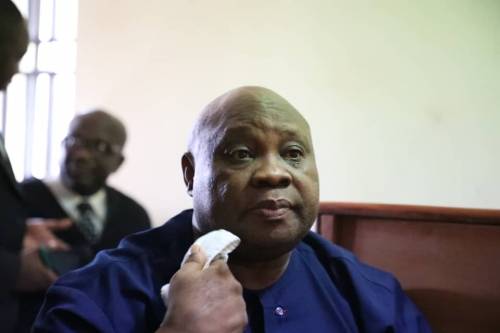 The Supreme Court has dismissed the cross appeal of the Peoples Democratic Party (PDP) challenging the decision of the Osun State Election Petitions Tribunal which upheld the election of the party candidate, Senator Ademola Adeleke.

The PDP had in the cross appeal contended that the appellate court erred when it dismissed its cross appeal challenging the improper ballot counting which cost it 3, 402 and 379 votes in 23 polling units.

But in the lead judgment by Justice Uwani Abba-Aji, the apex court held that the PDP appeal lacks foundation since the lead appeal by its candidate has been dismissed on the basis of improper composition.

“It is now settled that a judgement delivered by a panel where one of them did not hear the argument nor was he present at the hearing is a nullity,” she said.

But Justices Adamu Galinje and Kumai Akaahs dissented to the lead judgment and declared PDP winner of the election.

Justice Akaahs criticised INEC’s decision to rely on its manual rather than the country’s Constitution to order a rerun.

“INEC has always used this inconclusive elections to do what it wants to do, and I don’t think that should continue,” he said.

“The first appellant (PDP), which met the constitutional provision of having the highest number of votes and has the required spread in two-third of the local governments ought to be declared winner.”