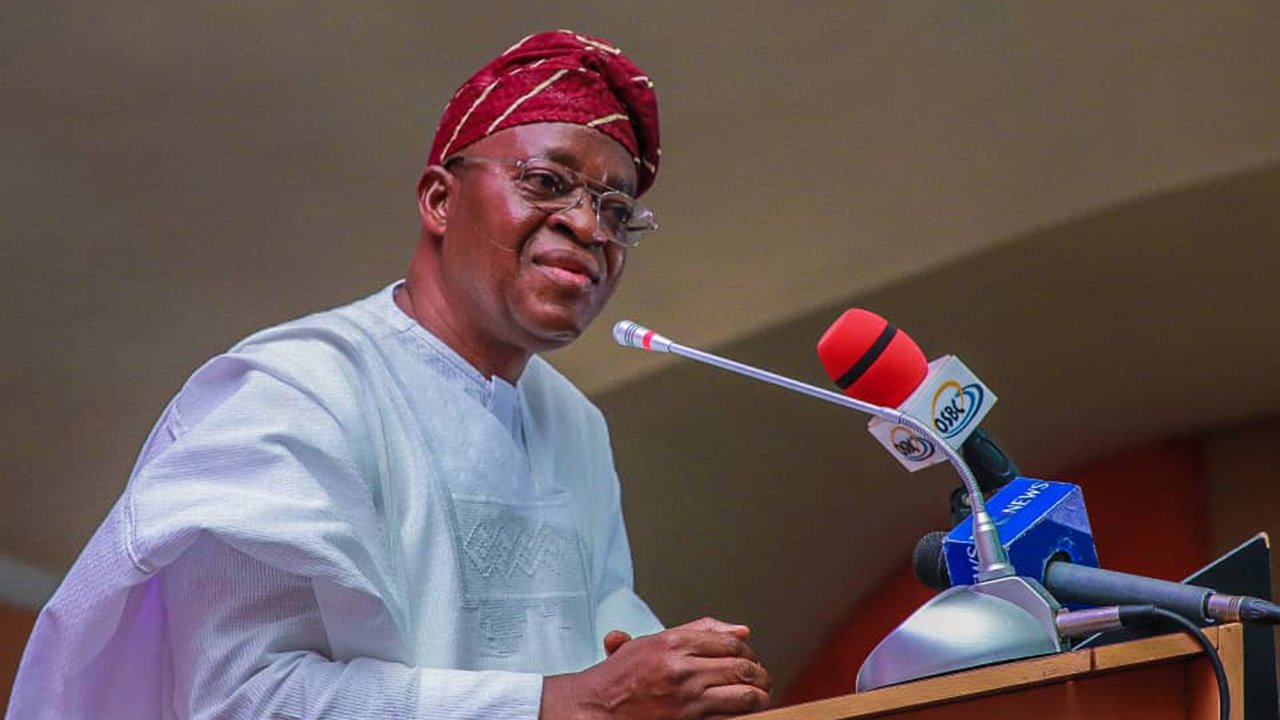 Oyetola who is a member of the National Caretaker Committee of APC, and Chairman, Contact and Mobilisation for Akeredolu’s reelection said the victory of the party in Ondo was well deserved.

He also congratulated President Muhammadu Buhari, national leaders, members and supporters of the party on Governor Akeredolu’s victory at the poll.

Oyetola while speaking, through his Chief Press Secretary, Mr Ismail Omipidan, on Sunday, said Akeredolu’s victory was a true reflection of the wishes and aspirations of the good people of Ondo.

He added that the sterling performance and achievements of Governor Akeredolu in his first term also informed the decision of Ondo electorate to re-elect him for another term, and expressed confidence that the Governor will continue to deliver the dividends of democracy to the people.

According to him, “This victory is a true reflection of the wishes and aspirations of the good people of Ondo. It is apparent that Governor Akeredolu’s sterling performance and achievements in his first tenure informed the decision of Ondo people to vote him for another term.

“I’m confident that Governor Akeredolu will continue to deliver the dividends of democracy to the people of Ondo State,” Oyetola said.

The governor also lauded the Independent National Electoral Commission, INEC, the security agencies, political parties and their candidates and the people of Ondo for the peaceful and successful conduct of the election.