Nigeria legend Sunday Oliseh will team up with Arsene Wenger and Jurgen Klinsmann as technical experts for the 2022 Fifa World Cup in Qatar. The… 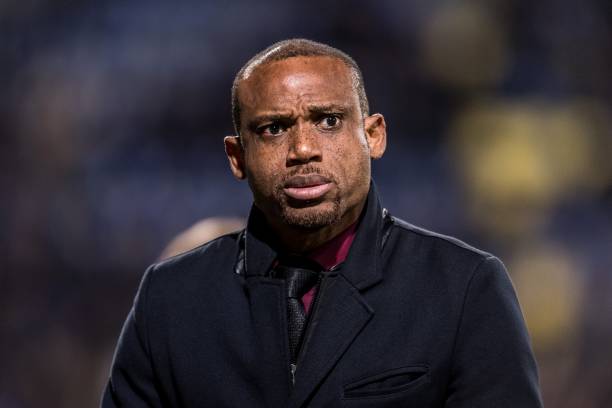 Nigeria legend Sunday Oliseh will team up with Arsene Wenger and Jurgen Klinsmann as technical experts for the 2022 Fifa World Cup in Qatar.

The 48-year-old has been appointed by the world governing body Fifa to join a team of technical experts led by former Arsenal manager Arsene Wenger and Jurgen Klinsmann ahead of the continental tournament set for the Gulf nation later this year.

The appointment comes exactly a month after the Super Eagles legend resigned as the head coach of German Regionalliga team SV Straelen.

Oliseh, who played for top European clubs including Ajax, Borussia Dortmund and Juventus, has taken to his Twitter handle to reveal the new role.

“Extremely honoured to have been appointed by FIFA as a Technical Expert for the FIFA World Cup in Qatar. In the privileged company of “Sir” Arsene Wenger, Jurgen Klinsmann and three others. Work started last night.

His presence in Qatar will lift the mood in Nigeria as their national team will not be taking part. The Super Eagles missed out on a ticket after losing to Ghana on the away goals rule.

Other African nations set for Qatar include Senegal, Cameroon, Tunisia, and Morocco.

Oliseh participated in the Olympic gold medal-winning team of 1996 and was voted Africa’s third-best footballer in 1998 by CAF.

Oliseh is best remembered for his winning goal against Spain during the 1998 World Cup.