With few hours to the commencement of the third edition of the Flying Officer’s Cup, some of the top clubs in the Nigeria Women Professional… 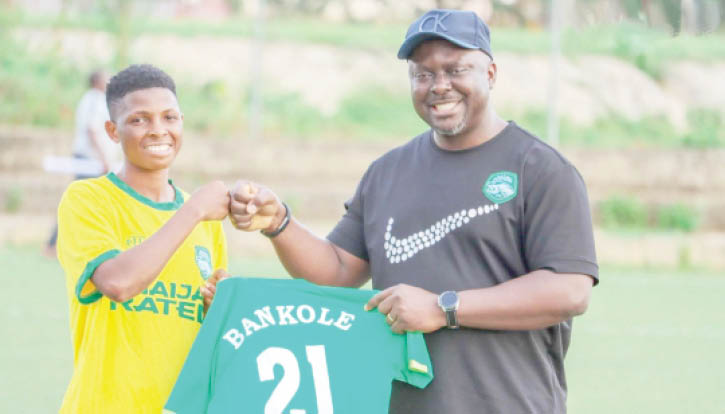 With few hours to the commencement of the third edition of the Flying Officer’s Cup, some of the top clubs in the Nigeria Women Professional Football League have expressed readiness to fight for the coveted trophy and cash prize at stake.

At the draws which were held on Thursday, October 7, 16 teams made up of clubs in Nigeria and neighbouring Ghana were drawn into four different groups which would vie for honours from October 10 to 24 in Abuja.

Hosts of the tournament, Naija Ratels will take on Ghana Police Ladies in the opening match on Sunday, October 10.

The tournament which was formerly known as Ratels Pre-season Championship was re-named the Flying Officer’s Cup to celebrate and immortalize the late Flying Officer Tolulope Arotile who died from a head injury sustained in an accident at the Nigerian Air Force base in Kaduna state on 14 July 2020.

“We have been responsibly preparing for this wonderful event and have done our best for players and everyone coming down here for the Pre-season Championship to immerse themselves in the atmosphere of a splendid football feast and of course we hope they will enjoy their stay here in Abuja.

“I am extremely proud that FIFA, the world governing football body, has implemented more positive policies to promote gender equality and foster sports through education in women’s football,” said Edeh.