Seventeen club owners were conspicuously absent during the draws for the forthcoming 2022/23 abridged Nigeria Professional Football League. It will be noted that the club… 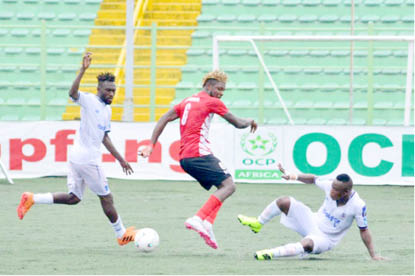 It will be noted that the club owners have been at loggerheads with the Interim Management Committee (IMC) over the format of the league with only three of them showing up.

The IMC with the full support of the Nigeria Football Federation has proposed an abridged league, while the club owners are agitating for a normal season, which they said will terminate in July, as against the May that the abridged league will end.

Despite the controversy, the IMC conducted the draws with champions Rivers United  beginning its title defence with a tricky home fixture against Abia Warriors.

The draws for the 2022/23 NPFL Abridged League was held on Wednesday in Abuja, with the season to kickoff on January 8th, 2023 and end May.

The 20 NPFL clubs were drawn in two groups A and B, 10 for each and not the usual North and South, as both groups had a mix of teams irrespective of the zones.

The IMC announced that a Super 6 (three top teams from Group A and B) will be played to determine the eventual champion of the season.

The NPFL Champion is expected to earn a whooping 100million Naira while each club will get N10m as participation fees.

In the same vein, the chairman of IMC, Hon Gbenga Elegbeleye has said football is big business and should not be used for election campaigns.

“We should see football as a commercial business and not as a corporate social responsibility (CSR). Football is not for election campaigns but big business. So what we want is that there should be enough money in the league so that clubs can compete for money,” he said.