Ambrose Aisabor, a former Assistant Inspector General (AIG) of Police, has said judging by the current economic and other challenges confronting Nigeria, there is nothing… 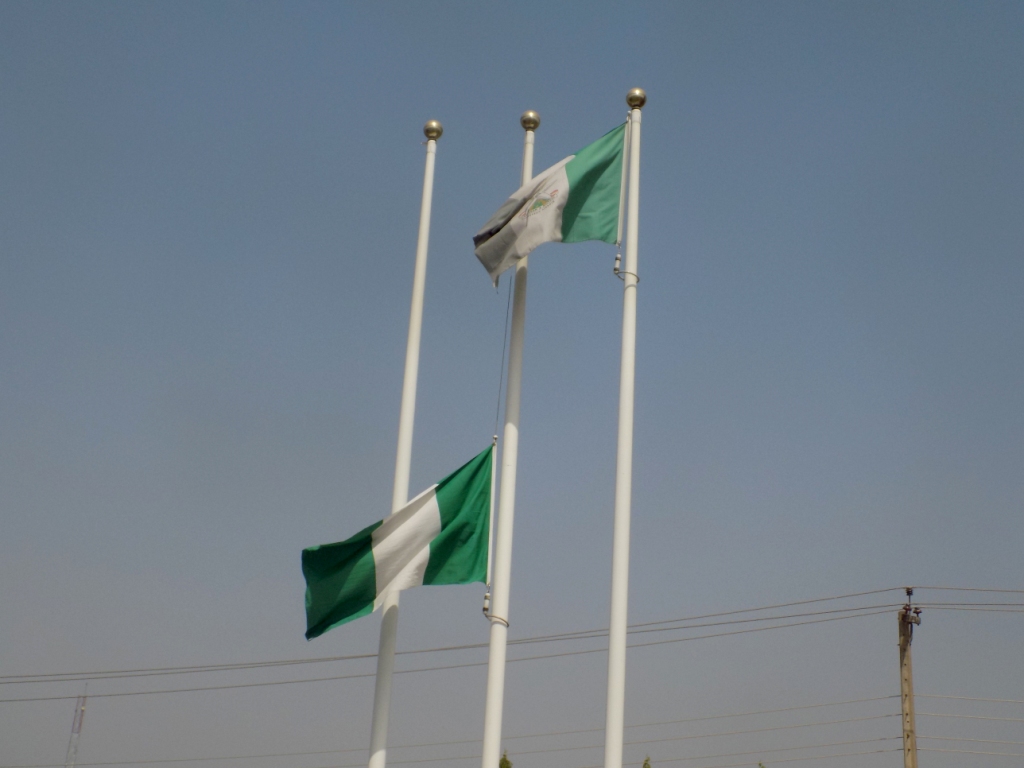 Flags at half mast in honour of late Alhaji Shehu Shagari has directed by President Muhammadu Buhari in Abuja yesterday. PHOTOS BY: Felix Onigbinde.

Ambrose Aisabor, a former Assistant Inspector General (AIG) of Police, has said judging by the current economic and other challenges confronting Nigeria, there is nothing worth celebrating after 62 years.

AIG Aisabor said this in Benin, Edo State capital, during a chat with Daily Trust.

According to him, Nigerians can only celebrate being alive to witness the 62nd year of independence, not that the nation has made progress.

“As for me, there is nothing in Nigeria to celebrate. We can only celebrate the goodness of God because he is still keeping us alive despite the economic woes bedeviling us as a nation.”

“What are we going to celebrate, is it economic hardship or insecurity? Is it the infrastructure that is not on ground? Or is it daily kidnapping and killings all over the country? We just have to thank God that we are alive,” he said.

He lamented that the economy is going from bad to worse as prices of goods skyrocket in the country on a daily bases, adding that many people find it difficult to eat three times daily.

On the 2023 elections, Aisabor advised Nigerians not to vote along religious and ethnic lines.

“Religion and ethnicity have been determining our elections and we have seen that these factors are not helping us in choosing the right leader. So, Nigerians should elect patriotic leaders who would not talk or rule based on ethnicity and religion. We should also choose leaders that have the capacity and knowledge to turn the economy around”.

He added that at a critical time as such, the nation needs a leader who will not be misled by a cabal.