A former Vice President, Atiku Abubakar has expressed delight in the emergence of Ahmed Nuhu Bamalli as the new Emir of Zazzau, saying he would… 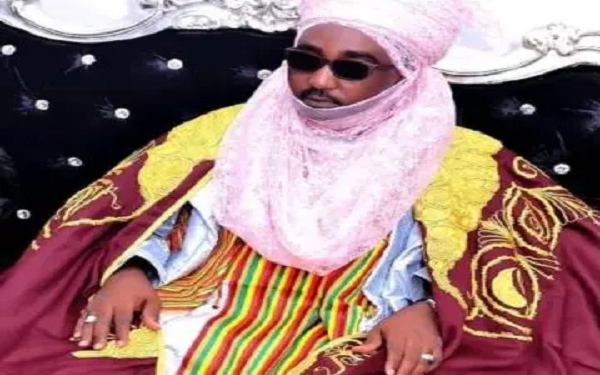 A former Vice President, Atiku Abubakar has expressed delight in the emergence of Ahmed Nuhu Bamalli as the new Emir of Zazzau, saying he would add value to the throne by bringing development to his people.

Atiku in a statement on Wednesday, by his Special Adviser on Media, Paul Ibe, said Alhaji Bamalli is one of the youngest traditional rulers in recent years, adding that he is a well-travelled diplomat of ambassadorial pedigree.

“Although the shoes of the late Emir are big, I am still confident that Alhaji Ahmed Nuhu Bamalli is up to the task and responsibilities expected of him,” Atiku said.

He urged the new Emir to focus on confidence building efforts in ensuring unity and peace in his domain.

While congratulating the Emir-elect, Atiku advised him to extend a hand of fellowship to other contenders to the throne for the interest and progress of the people.

Meanwhile, the Senate President Ahmad Lawan and the National Leader of the All Progressives Congress (APC), Asiwaju Bola Ahmed Asiwaju have congratulated Alhaji Ahmad Nuhu Bamalli on his appointment as the 19th Emir of Zazzau.

Lawan described the appointment of Alhaji Bamali by the Kaduna State Government as ;well-deserved’ in a statement by his media aide, Ola Awoniyi.

The Senate President expressed hope that the new Emir will meet the high expectations of the revered office and justify the trust and confidence that his people have expressed in his character and ability through his selection and appointment.

He also congratulated the state authorities and particularly the people of Zazzau Emirate for the peaceful and smooth transition after the painful exit of their 18th Emir.

Lawan prayed that the reign of the new Emir like that of his predecessor will enhance peace and development in Zazzau Emirate and Kaduna State.

According to him, the appointment of Bamalli was a prudent one.

Tinubu prayed that his reign would bring forth peace, development and prosperity to the Zazzau Emirate, and indeed to Northern Nigeria.