Muslims honour Abdurresid, who introduced Islam to Japan in 1900

The 78th anniversary of the passing of Abdurresid Ibrahim, a Tatar-Turkish traveller known for his efforts to introduce Islam to Japanese society, was commemorated on… 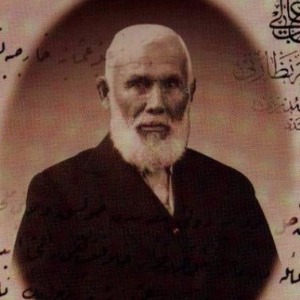 The 78th anniversary of the passing of Abdurresid Ibrahim, a Tatar-Turkish traveller known for his efforts to introduce Islam to Japanese society, was commemorated on Wednesday.

Ibrahim first arrived in Japan in 1900 after travelling around Asia and publishing a two-volume treatise titled “The World of Islam.” He observed the socioeconomic situation of the surrounding community and preached Islam to them, as well as established an association for the purpose.

Even after 78 years of his demise, he remained the unifying force of Muslim communities in Japan.

Ibrahim was born in Omsk, Russia’s Siberian region, to a Tatar-Turkish family in 1857, and began studying in a madrasa at the age of seven.

In Tokyo, where he lived, Ibrahim preached Islam to several Japanese statesmen by establishing relationships with the imperial family.

He founded the “Ajia Gikai” association to promote Islam in Japan and attempted to construct a mosque in Tokyo.

After the deposition of Ottoman Sultan Abdulhamid II, he postponed his desire of building a mosque and travelled to Korea in 1909.

He returned to Istanbul in 1910 and informed the Ottoman people about Japan.

Ibrahim, who had lived in Konya province during Türkiye’s early years, began to travel again after his solitary life there.

When the traveller returned to Japan in 1933, he began building a mosque in 1934, which is today known as the Tokyo Mosque in the capital.

With the affluent Japanese covering construction expenditures of the mosque, which was completed in 1938, he was designated the mosque’s first imam or prayer leader.

The Tokyo Mosque, spiritual legacy of Ibrahim who died 78 years ago on Aug. 17, 1944, promotes the harmony and unity of Japan’s Islamic societies.

The traveller, who was buried in Tokyo’s Tama Cemetery, is remembered by Muslim communities on the anniversaries of his birth and death. (aa.com.tr)