Aside from worshiping Allah and striving to achieve bliss in the hereafter, man is also encouraged to seek the comfort of the life on earth.… 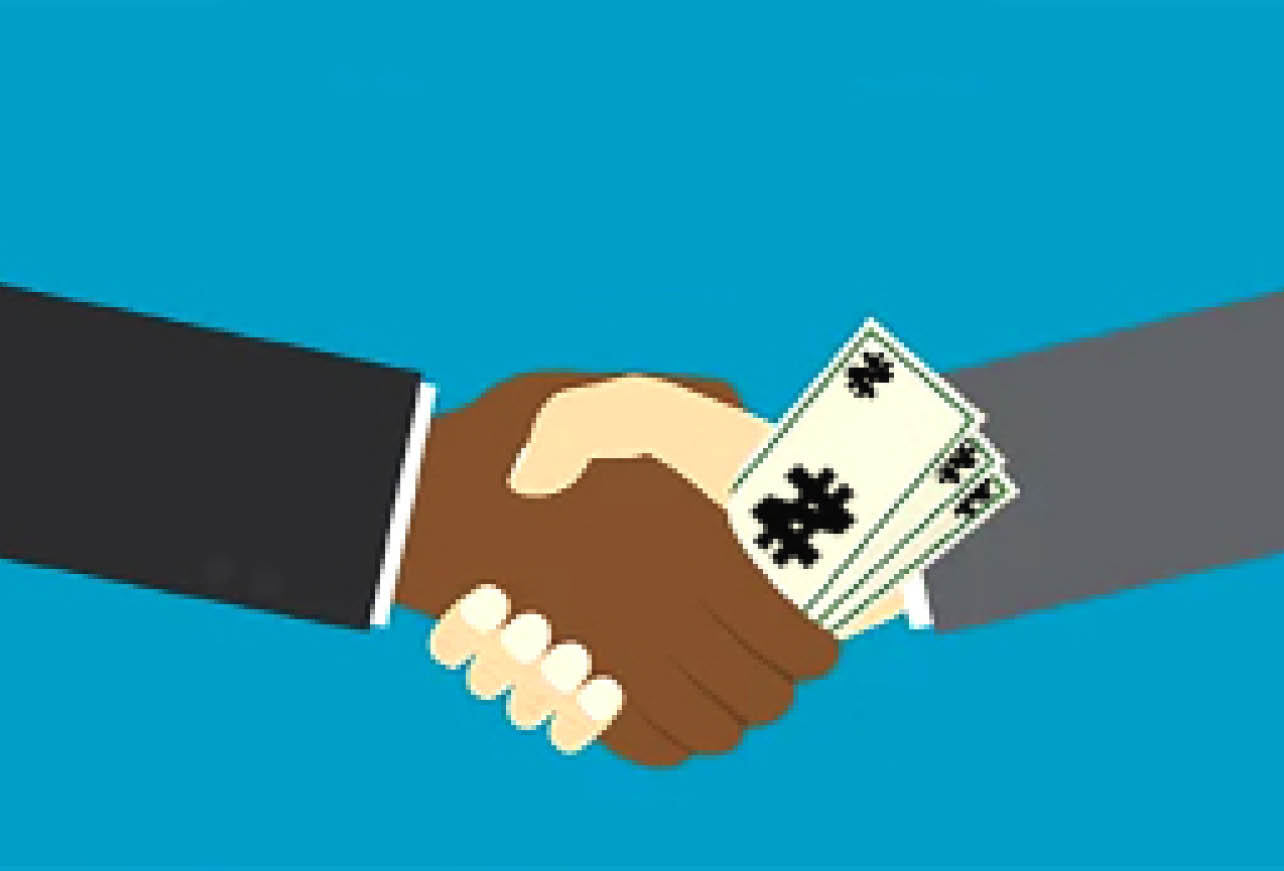 Aside from worshiping Allah and striving to achieve bliss in the hereafter, man is also encouraged to seek the comfort of the life on earth. This is the message of Qur’an 28:77 wherein Allah states “… nor forget thy portion in this world…” Unfortunately, some people over-pursue the good things of this life including wealth, properties, power and authority.

The recent news of an alleged diversion of public funds and money laundering activities by Nigeria’s Accountant General of the Federation (AcGF), Idris Ahmed, now suspended from office, is one of such crazy pursuits of riches, worst still, through illegitimate means.

In May this year, operatives of the Economic and Financial Crimes Commission (EFCC) arrested Ahmed Idris, in connection with an N80 billion fraud. In a statement, the EFCC said, “Verified intelligence showed that the AcGF raked off the funds through bogus consultancies and other illegal activities using proxies, family members and close associates”. The anti-graft agency further alleged that the funds were laundered through real estate investments in Kano and Abuja. Barely a week later, the EFCC uncovered another N90 billion fraud involving the suspended AcGF; bring the amount of funds allegedly looted by him to N170 billion. With people like Idris, why then is Nigeria going to IMF for loans?

Assuming that Idris had 50 more years to live with the N170 billion, he would be spending N9.4 million daily for the rest of his life. This daily spending of N9.4 million is enough to pay one month salary of 26, 000 professors with their current pay of N350, 000 per month. With the number of professors in Nigerian universities currently put at ten thousand, N9.4 million could pay two months salaries to every professor and there would still be change. A daily domestic expenditure of N9.4 million is actually huge if not crazy no matter how much is wasted on routine needs including family feeding, vehicle fuelling and maintenance, newspapers, children school fees, utilities, medical bills, telephone airtime and data; the number of his wives, children, aides, cars, houses or rooms notwithstanding. The Idris exposed by the EFCC and the several ‘unsung’ ones must be modern admirers of Qarun.

Allah in Qur’an 28:76-82 tells us about Qarun and his heaps of wealth. In human history of riches, Qarun’s record was unprecedented and remains unbroken. Ibn Abbas (RA) related that Qarun was a paternal cousin to Prophet Musa (AS). Qarun was so rich that the keys to his treasures would have been a burden to a body of about forty men. Others say the weight of the keys is equivalent to the load of 300 mules. With all the Dangotes, Abdu-Samads, Otedolas, and Mangals of Nigeria added to the Mo Ibrahims of Africa plus all the Bill Gates, Elon Musks, Mark Zuckerbergs, and Warren Buffetts in America, along with Amancio Ortega and Bernard Arnault in Europe, all put together; their collective wealth is nowhere near the treasures of Qarun.

Qarun stood out great among his people in luxuries of servants, clothes, and riding animals. He was advised by the pious from his own clan to eschew arrogance with his wealth. They told him that the gift he enjoyed was a gift from God. But Qarun replied that he earned the wealth due to the knowledge he possessed; and that Allah bestowed the wealth on him because he deserved it. He also added that if Allah did not love him, he would not have granted him that prosperity. The same mentality is, today, typical of many affluent men and women. Allah rejected Qarun’s claims and destroyed him and his much-admired wealth. In the midst of his own pride, Qarun was swallowed up in the earth and the world knew him no more.

Many people have today become slaves to their own wealth instead of the wealth becoming their slaves; due possibly to their failure to understand God’s purpose of creation. Such people also fail to grasp latent reality, which is the inevitable end of life at a time most people never expected. No matter the stack of our wealth, not more than five yards of white cloth that still costs one hundred naira only per yard shall be the sole escort of the individual in to the grave. No more, no less. Even in cultures where the dead is buried along with money, the fact that riches fall short of bringing the wealthy back to life is enough counsel for the wise.

The same fact of reality that caught up with Qarun awaits all those whose ultimate in life is nothing except accumulation of illegitimate wealth; including public officers who are richer than their state government or local government council. Where is Mobuto Sese Seko who was an African head of state that was richer than his country? Those in positions of leadership and authority who use their respective offices to criminally amass wealth should beware that account shall be rendered as to how they earned and expended it. Piety, which begets contentment, should regulate our desire to accumulate wealth. It’s foolish for anyone to think that he needs so much wealth to become successful, influential or relevant.

People’s hankering desire for money at any rate and by all means is incredible. Let us guard against being pre-occupied with the greedy search for wealth; lest death overtakes us abruptly. Allah (SWT) says in Qur’an 102:1-4 “The mutual rivalry for piling up (the good things of this world) diverts you (from the more serious things); until ye visit the graves; But nay, ye soon shall know (the reality); Again, ye soon shall know”. When the desire to amass wealth becomes inordinate, it leaves no time for higher spiritual matters in life. Unchecked materialism could even affect a person’s health in many ways. May Allah (SWT) enrich our hearts with contentment and save us from the type of ruin that consumed Qarun, amin.