Onion marketers are losing huge amounts of money due to a lack of repatriation accounts for CFA and Cedis in the country.   The President of… 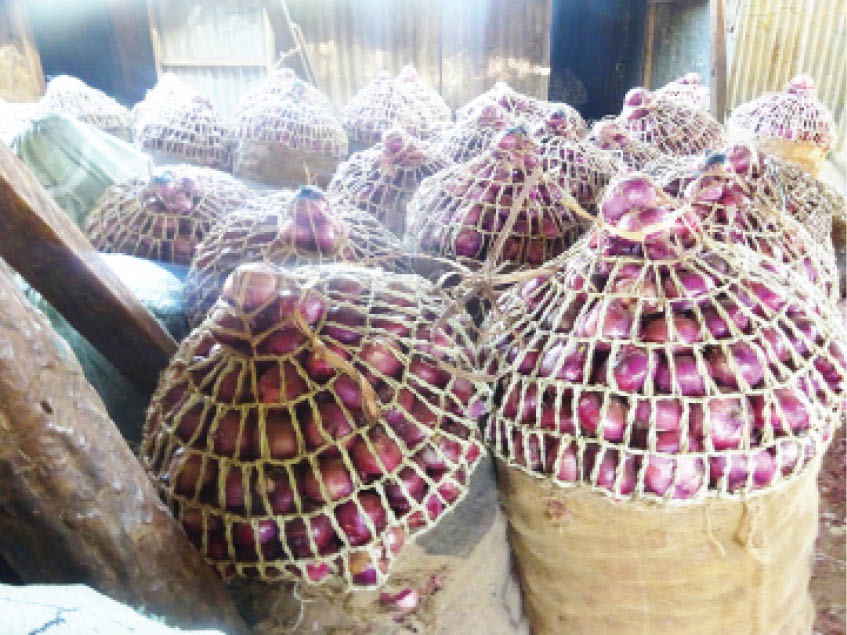 Onion marketers are losing huge amounts of money due to a lack of repatriation accounts for CFA and Cedis in the country.

The President of the Nigeria Onions Producers and Marketers Association, Aliyu Isa Maitasamu, stated this during the West and Central Africa regional meeting of onion producers and marketers held in Sokoto on Tuesday.

He said they are losing 60 per cent of their harvest due to lack of storing facilities and this was the reason why they initiated its export.

“But we have only one approved route for exporting our onion which is the Illela border. We therefore appeal to our government to consider reopening more borders for exporting onions in the country,” he said.

He noted that the country exported onion worth over USD16 million in 2021.

“But to repatriate our onion proceeds is always a problem because there is no window for CFA and Cedis in our banks and because of this, we are losing a lot.

“We are appealing to the federal government to include CFA and Cedis in the window available for repatriation of onion export proceeds,” he said.

The President of Regional Observatory Body of Onion Sector in West and Central Africa, Alhaji Mustapha Khadiri, said the meeting was meant to review challenges of onion trade across Africa with a view to resolving them.

“We reviewed our successes, challenges and way forward because we want to improve onion trade in our continent,” he said.

The president, who is from the Niger Republic, appealed to the Nigerian government to ease onions exportation as this would enable them to know how much onion was produced, exported and what was repatriated into the country.