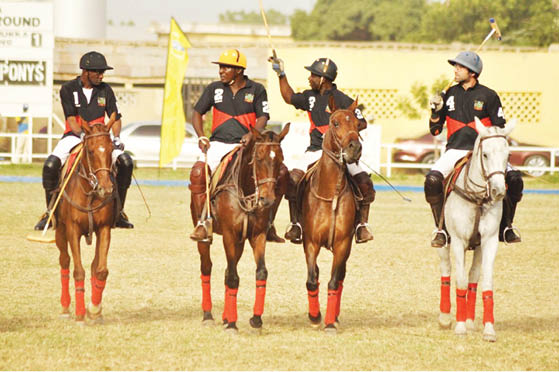 A recent league action between Plateau United and Dakkada FC

Following their exploits at the 2020 Kaduna international polo tourney, defending champions, Jos-based Malcomines polo team  are the side to beat as the 2020 Jos winter tournament unfolds.

Murtala Laushi and his miners have established a firm hold on Jos polo for years, and pundit are heaping all the smart money on them to retain the Governor’s Cup  title for the sixth years running despite the  expected loaded and determined oppositions from Abuja Lintex and Keffi Ponys  from  Nassarawa State.

Jos Polo Captain, Yusuf Dauda who confirmed the entry, told Polo Royals that Jos, the capital city of Plateau State is bracing for a large influx of visitors and tourism as the tourney gallops off from December 27, 2020 to January 2, 2021 at the General Hassan Polo Ground.

He listed other top prizes to be contested for in the weeklong year ending fiesta to include, the Imani Cup that is making a glittering come back to Jos polo contest after years of absence.

Others are the President Cup and the NASCO Cup that continually draw the biggest entry over the years.

Tournament Manager and Secretary of the Nigerian Polo Federation (NPF) Murtala Laushi has assured tourists and polo enthusiasts that the club will host the best winter polo fiesta that will surpass previous editions in every respect in years.

Laushi, who is also the President of Jos Polo, told Polo Royals that though there would be challenges, he assured that with the full backing of the Plateau State Government and other stakeholders, the organizers will deliver 2020 fiesta in grand style.

“Whatever challenges there are, we will overcome because Plateau people are peace-loving polo enthusiasts who would participate in their droves throughout the weeklong festival.”

Laushi appealed to enthusiasts to shun differences and embrace peace so as to support Governor Simon Kalong’s agenda of transformation of the state.