The Attorney-General of the Federation and Minister of Justice, Mr Abubakar Malami, has broken his silence on the expensive vehicles given to some of his… 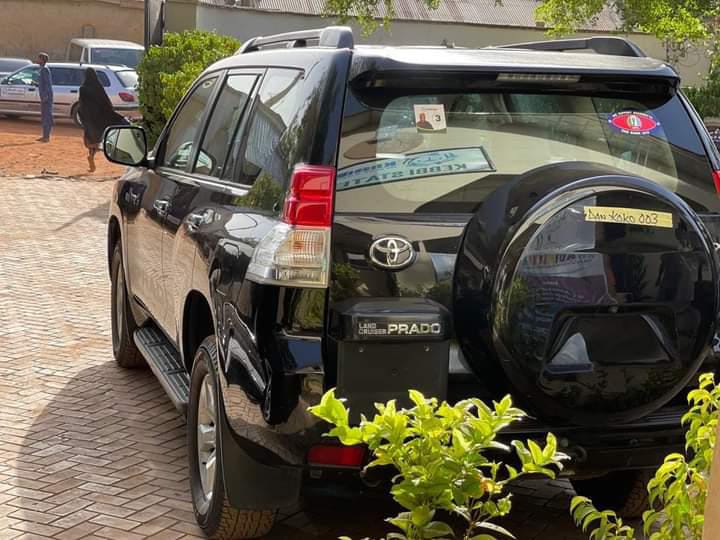 The Attorney-General of the Federation and Minister of Justice, Mr Abubakar Malami, has broken his silence on the expensive vehicles given to some of his associates in Kebbi.

Daily Trust had published a photo story of the expensive cars, which were given to some workers of Khadimiyya Foundation, which the minister established.

The gifts had sparked different reactions, but Umar Gwandu, Malami’s spokesman, denied the allegations in some quarters that the vehicles were given out as a soft landing for his principal to pick the governorship ticket of the All Progressives Congress (APC) in Kebbi for the 2023 elections.

In an interactive session with journalists in Birnin Kebbi, capital of Kebbi, on Tuesday, Malami cleared the air on the controversy.

He said, “At this moment, I have experienced a barrage of attacks, left, right and centre, some are local and others international, an attack that has to do with an allegation that I shared many expensive vehicles to delegates of APC.

“As a person with some associates, neither I nor a friend of mine shared any vehicle to any delegate across the state.”

Malami described the story as mischievous and misconstrued.

“Let me state categorically that some of the foundations, as Khadi Malami and Khadimiyya for Justice and Development Initiative I am associated with over time, have workers who have demonstrated a greater capacity in the development of the state.

“These associations have contributed immensely in poverty alleviation, provision of social amenities to remotest areas, empowering unemployed youth and women, as well as small and medium-scale farmers and businessmen and women, among others, in the state.

Malami explained that it was his friends and associates who donated and distributed vehicles to long-term workers in the Khadimiyya Foundation.

“I know I had an interactive session with APC stakeholders some days ago and had accepted calls from Kebbi people to run for the state governorship; the meeting was not for distribution of vehicles to any APC stakeholder.

“None of the APC stakeholders or delegates in Kebbi State was given any vehicle by me, and I have not yet donated any vehicle to any delegate.

“The mischief-makers can contact the National Secretariat of the APC, get the lists of all the APC stakeholders and delegates in Kebbi State.

“You too can do an investigative story to reach out to them, then you will realise how fictitious the claim is.

“There is no connection between the names of APC stakeholders and the beneficiaries of the vehicles and are not connected whatsoever,” the minister pointed out. (NAN)