Lawyers have expressed divergent views on the move to establish a new agency to manage recovered and forfeited assets called the Proceeds of Crimes Agency.… 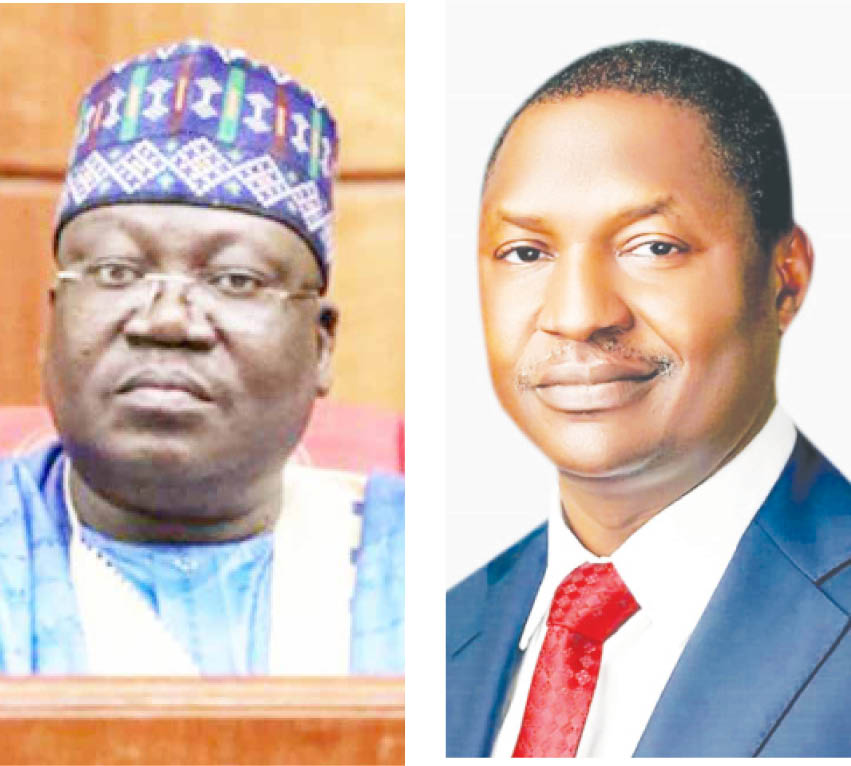 Lawyers have expressed divergent views on the move to establish a new agency to manage recovered and forfeited assets called the Proceeds of Crimes Agency.

A fresh controversy arose during the public hearing of the Proceeds of Crimes (Recovery and Management) Agency Bill, 2021, as proposed by the Attorney General of the Federation and Minister of Justice, Abubakar Malami (SAN), before the Senate on Thursday.

The hearing on the agency was part of those conducted by the Senate Joint Committee on Anti-Corruption and Financial Crimes; Judiciary, Human Rights and Legal Matters as well as Ethics, Privileges and Public Petitions in Abuja.

The proposed act is intended to establish the Proceeds of Crimes (Recovery and Management) Agency to carry out the functions conferred on it under the act and enable it to work with a relevant organisation to implement confiscation proceedings against a convicted person.

Part I, Section 1(a) of the Act explains that the agency is “for an effective legal and institutional framework for the recovery and management of the proceeds of crime or benefits derived from unlawful activities.”

The functions of the agency among others as listed under Part II Section 4 of the act include (a) enforce and administer the provisions of this act; (b) take over and assume responsibility for the proper and effective management of properties recovered from cases relating to proceeds of crimes or unlawful activities; (c) set standards to be applied in the handling of properties referred to in paragraph (b) of this section; and (d) ensure the effective preservation of properties recovered, which may be required in the investigation and prosecution of cases relating to proceeds of crime or unlawful activities.

Others are: (e) ensure accountability in the management of all properties seized, confiscated, or forfeited under this act, or under other applicable laws; (f) supervise and ensure the effective administration of recovery and management of proceeds of crime and other related matters in Nigeria; (g) provide training on the recovery and management of the proceeds of crimes and related matters; and (h) authorise and appoint private asset managers and ensure that assets managers are properly bonded and insured.

During the hearing, the chairman of the Economic and Financial Crimes Commission (EFCC), Abdulrasheed Bawa, reportedly opposed the establishment of the new agency.

Represented by the secretary of the commission, George Ekpungu, Bawa hinged his objection on the federal government’s white paper for the reduction of the number of agencies in the country and the cost of governance.

Reacting to the argument, the AGF, through the Deputy Director, Legal Drafting, Federal Ministry of Justice, Godwin Iheabunike, said the new agency will not pose a financial burden to the country but will help it recover stolen revenue.

The EFCC Act, 2004 under sections 28 to 31 empowers EFCC to manage recovered, forfeited assets.

Therefore, since the idea of the neutral agency for that purpose was mooted in 2020, some observers have seen it as a means of whittling down the powers of the anti-corruption commission.

Section 31(2) provides that “Upon receipt of a final order pursuant to this section, the secretary to the commission shall take steps to dispose of the property concerned by sale or otherwise and where the property is sold, the proceeds thereof shall be paid into the Consolidated Revenue Fund of the federation.”

Lawyers however believe the new agency could be an additional financial burden on the federation.

Reacting, Dayo Akinlaja (SAN) said on the spur of the moment, he believes that the proposed agency will be an additional burden on the nation’s resources.

He explained that “Among the existing governmental institutions, it should not be difficult to account for the proceeds recovered for the government.

“What is uppermost is the need for transparency that can be accomplished under the extant arrangement.

“Therefore, the necessity for another agency is not there in my considered view.”

He added that what should drive the decision of the National Assembly is public interest and the justice of it.

In the same vein, Chief George Uwechue (SAN) said there is no need to establish a new agency with the attendant wastes and corruption, where there are existing institutions capable of performing similar functions.

“I do not believe there is the need to set up any new agency, whatever is to be done should be done within the existing structures,” he said.

However, Chief Adegboyega Awomolo (SAN) disagrees with the argument that the new agency will pose an additional financial burden to the nation’s resources.

He said the EFCC since inception does not have comprehensive data of recovered or forfeited assets, adding “it is more beneficial to have a transparent and accountable management of forfeited assets.”

“I think institutions are not supposed to be built around men but principles of law.

“EFCC should be left with the detection, investigation, and prosecution of financial crimes, which is already too much for them to handle.”

He said the AGF has a strong reason for proposing the new agency as the most senior law officer in the country, insisting that his opinion should be respected rather than contradicted.