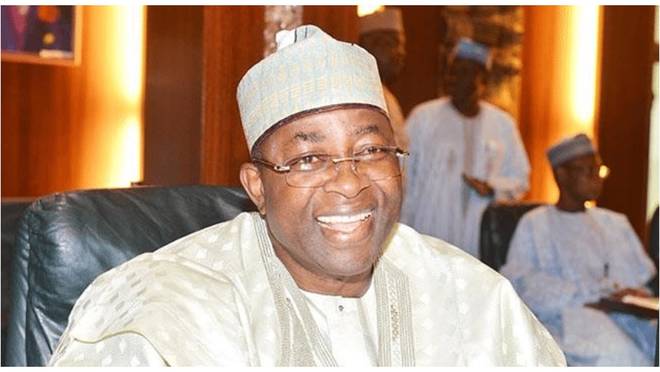 Bauchi state government has dismissed claims by two All Progressives Congress (APC) governorship aspirants, Dr Ibrahim Yakubu Lame and Captain Bala Jibrin as wounded lions who have no capacity to speak for the party in the state.

This was contained in a statement by the Special Adviser to Governor Mohammed Abdullahi Abubakar on Political Matters, Alhaji Kawu Labaran while reacting to a press conference jointly addressed by the two aspirants on Wednesday, November 7, 2018.

“Alhaji Ibrahim Yakubu Lame and Alhaji Bala Jibrin, both are yet to come to reality with the fact that power, any power, comes from God.

“Since the APC primaries to select candidates that will fly the party’s flag in the 2019 general elections in which Alhaji Ibrahim Yakubu Lame and Alhaji Bala Jibrin lost their bid to take the gubernatorial ticket, these two have ran from pillar to post to upturn the popular will of the party faithful.

“They even went to the Aso Rock villa where Mr. President pointedly told them to channel their gubernatorial grievances to the appropriate party leadership.

“Alhaji Lame and Alhaji Jibrin appeared not to be satisfied with that kind of response. It is not our intention to respond to all the frivolous allegations they made in their address to journalists because Bauchi State Government under the leadership of Governor M. A. Abubakar strongly believes in constituted authority,” the statement read.

It added that the Bauchi governor, Mohammed Abdullahi Abubakar, was nominated to fly APC’s flag in 2019 which has been acknowledged by the Independent National Electoral Commission (INEC).

“They were the ones who insisted that “direct” primary election must be held even after the state party stakeholders had agreed on delegates’ election and had endorsed Governor Mohammed A. Abubakar and President Muhammadu Buhari.

“They also insisted that returning officers in the 20 local government areas must be chairmen of Nigerian Union of Teachers. Governor Abubakar also agreed. But when the results came out and they realized that they were not in touch with the voters and party members, they resorted to cheap blackmail with the sole aim of rocking the boat.

“Their plot has been exposed and ultimately the decision of who occupies the Bauchi Government House is solely that of voters, the common man whose lives the administration of Governor M. A. Abubakar has in the last three years touched positively in spite of failed attempts by serial elections losers to distract him.

“As governor, he still maintains that anyone having any contribution to the development of Bauchi state, including people who have dissenting viewpoints, are welcome so long as their criticisms are constructive and in the best interest of the state and the common man,” the statement added.