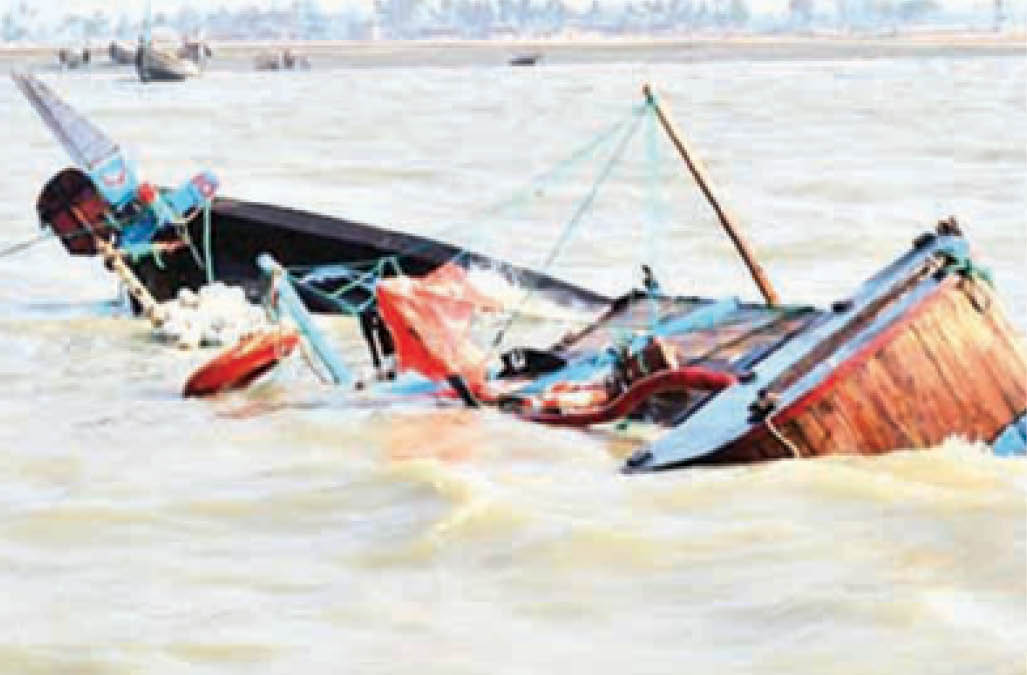 File photo of a capasized boat

Eleven more bodies have been recovered from Friday’s boat accident in the Ojo area of Lagos State.

Four bodies had earlier been recovered by emergency officials on Saturday, bringing the number of fatalities to 15.

The spokesperson for the National Emergency Management Agency, Ibrahim Farinloye, gave the update on Sunday.

He said, “The recovery operation of the missing victims of ill-fated boat sailing from Mile 2 to Ibeshe has led to the recovery of a total of 11 more bodies today.

“Late yesterday night, two more bodies were recovered in addition to the two earlier recovered in the morning. With this, it has become a total of 15 bodies recovered.

“It is likely that two more bodies have been sighted but until final recovery is done before that can be confirmed.”

A boat operating after the official hours allowed by the authorities had capsized on Friday night.

“Efforts are on by stakeholders such as Nigerian Navy’s Special Boat Service, Association of Boat/Ferry Operators of Nigeria, LASWA, NIWA, NEMA and Marine Police to address the situation,” he added.