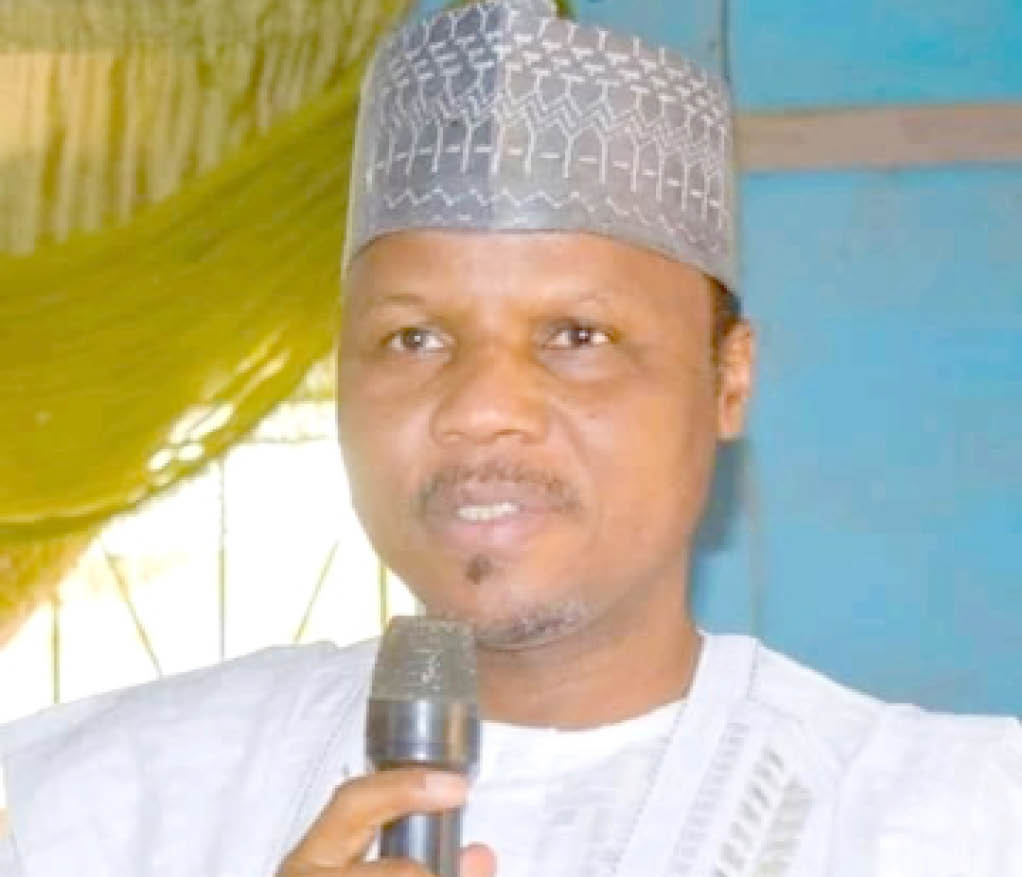 Police authorities and residents said Dr Nasir was killed in his house located at Fatima Shema Quarters in Katsina city.

Few hours after the killing, bandits in their numbers stormed a mosque in Niger State where they killed 15 worshippers.

Preliminary investigations revealed that the Katsina commissioner was killed in his sitting room and his corpse locked in a toilet in the house.

There were traces of blood at the potion where he was killed and at the toilet where the corpse was locked.

It was learnt that it took several hours for security agents to retrieve the corpse after the doors were forced open.

One of the persons who saw the dead body said there were knife cuts in his belly and other parts of his body.

Governor Aminu Bello Masari, top members of his cabinet and security operatives were at the residence of the commissioner when the body was removed.

Police Commissioner Sanusi Baba and Director of State Security Service (SSS) were also on ground as their men forced open the door of the apartment where Dr Nasir was killed.

The deceased’s phone and that of another person were recovered at the scene.

The police commissioner said the assailants stormed the house of the deceased Wednesday night and killed him.

“The unfortunate incident happened last night,” he said, adding that the corpse had been taken to the Federal Medical Centre, Katsina.

Some people living in the area said the assailants must have taken advantage of his been alone in the house to carry out the heinous act.

It was learnt that when the commissioner sensed danger, he attempted to escape but the assailants blocked him.

“We strongly suspect assassination because the attackers killed him and locked his corpse in one of the toilets in the house,” a source who craved for anonymity, said.

“The corpse was discovered today Thursday,” he said.

The story went viral as people from different places stormed the house.

Another source said several hours after his housekeepers waited when they reported for work in the morning without seeing him, they peeped through a window and saw blood.

“That was when they raised the alarm… He must have been killed at night,” the source said.

Security officials said a suspect had already been arrested in connection with the incident but that could not be verified as of the time of filing this report.

Nasir, 61, was a former member of the House of Representatives (Mani/Bindawa Constituency). His sojourn at the National Assembly was reportedly momentous because of the roles he played.

He was a member of the 9-member panel that investigated then speaker Patricia Etteh over the renovation of the residences of the speaker and deputy speaker.

Nasir was appointed a special adviser to Masari before he was elevated to the position of commissioner.

In Niger State, no fewer than 15 worshippers were reportedly killed while dozens sustained injuries in a fresh attack in Ba’are village, Mashegu Local Government Area of the state.

The bandits, in their large number, reportedly invaded a mosque in the early hours of Wednesday when villagers were performing their early morning (Subh) prayer and killed 15 of them.

A source who spoke in confidence said the injured were taken to Kontagora General Hospital.

The state Commissioner of Police, Monday Bala Kuryas, who confirmed the incident, however, said nine people were killed during the attack.

“Niger State Police Command has already drafted security personnel to the affected area to further safeguard lives and properties in that community,” he said.

He said security agencies would continue to discharge their responsibility of protecting the lives and properties of Nigerians, and called for credible intelligence from the public to succeed.

The attack on Ba’are village came less than two months after bandits invaded a mosque in Maza-Kuka community in the same LGA and killed 18 worshippers during the early morning prayers.

In Abuja, kidnappers on Wednesday raided some houses and killed a housewife identified as Salamatu.

It was learnt that the deceased, who was the senior wife of a yam dealer in Kwali, Yusuf Maigunwa, attempted to escape through the back door when she was shot dead.

“The husband of the deceased was at home when the kidnappers came but they couldn’t locate where he was hiding. After killing his senior wife, they whisked away his second wife and two others in the house,” he said.

The incident took place in Piri community in Kwali Area Council of Abuja.

It was learnt that six other persons were abducted during the operation.

A resident of the community, Yakubu Saidu, said the kidnappers earlier invaded two houses on Tuesday night and whisked away two persons.

He said the armed men also invaded the house of one Sardauna, a car dealer, in Kwali town.

“But they couldn’t get him as he escape. They went away with two of his younger brothers,” he said.

Saidu said the kidnappers returned to the community on Wednesday around 11:23 pm and attacked some houses.

When contacted, the spokesperson of the FCT Police Command, DSP Adeh Josephine, did not pick call to her phone or reply a text message sent to her on the incident.

The Sultan of Sokoto and President-General of the Nigerian Supreme Council for Islamic Affairs (NSCIA), Alhaji Muhammadu Sa’ad Abubakar III, has said terrorists kill people every day in the northern part of the country especially in the North West, lamenting that the killings were mostly unreported.

He said this on Thursday in Abuja at the 4th Quarter 2021 Meeting of the Nigeria Inter-Religious Council (NIREC) with the theme ‘NIREC: Security Agencies and Peace in Nigeria’.

The Sultan, who is also the Co-Chairman of NIREC, said there was no single day that passed without people being killed in the North.

He also urged Christians to disregard the recent threat by some faceless persons who said those found attending churches in Zamfara State would be killed.

“If I continue talking about the insecurity in the North, we will not leave this room. A few days ago, we are witnesses to the media report on how people were killed in a bus in Sokoto, even though the figure is not correct, but even one life is important. There is no single day that passes without people being killed in the North especially in the North West now, but we don’t hear it,” he said.

On his part, the Co-Chairman and President of the Christian Association of Nigeria (CAN), Dr Samson Ayokunle, lamented that Nigerian roads have become a den of kidnappers and a no-go-area for travellers, despite assurances by the government.

Rev. Ayokunle wondered why people would be kidnapped and the security forces could not trace the kidnappers to their hideouts and rescue the victims.

He said, “Travelling from one point to another by road, in particular, has become a very great risk; kidnappers are everywhere and they don’t only come out to kidnap but also to kill, so you don’t know who the next victim is going to be.

“Why should these people be killing and hiding people in our territory without being challenged; why should it be easy for them to hide people somewhere within the state and the security agencies in the state within few days or weeks will not be able to fish them out?” he asked.

He, therefore, urged increase in intelligence gathering, and the public to also volunteer information to the security agencies so that criminals could be traced and apprehended ahead of time.

The Defence Headquarters said on Thursday that Nigerian troops eliminated more than 62 bandits in the North West and North Central geo-political zones in the past two weeks.

It said 192 terrorists, including children, also surrendered in the two regions during the period.

He added that they were 51 adult males, 67 adult females and 74 children.

He noted that Gombi Local Government Area of Adamawa, Rann/Rumirgo villages and Biu, Bama, Mafa and Dikwa local government areas of Borno were where some of the terrorists surrendered to troops.

He said those who surrendered were properly profiled and handed to appropriate authorities for necessary action.

Onyeuko said 28 terrorists were also arrested, while 54 assorted arms and 144 rounds of different calibre of ammunition were recovered.