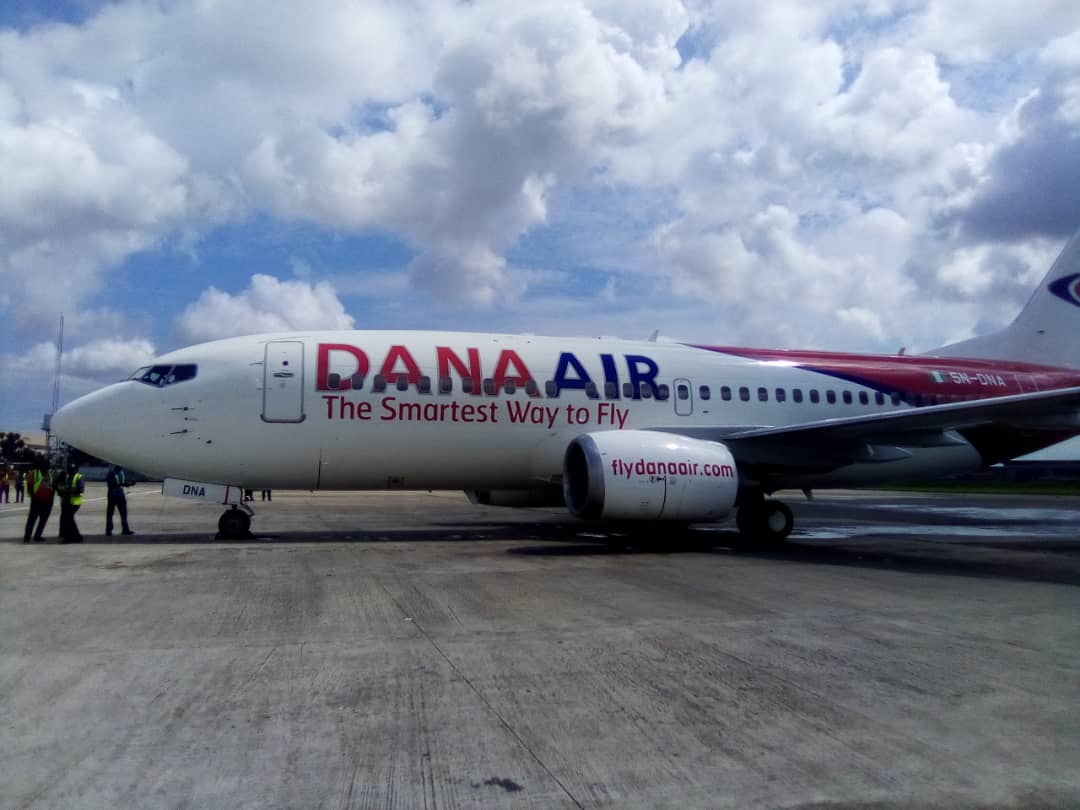 The suspension order, handed down by the Director General, Captain Musa Nuhu, has since been communicated to the management of Dana Airlines.

The statement said, “The decision is the outcome of a financial and economic health audit carried out on the Airline by the Authority, and the findings of an investigation conducted on the Airline’s flight operations recently, which revealed that Dana Airlines is no longer in a position to meet its financial obligations and to conduct safe flight operations.

“The NCAA acknowledges the negative effect this preemptive decision will have on the Airline’s passengers and the travelling public and seeks their understanding, as the safety of flight operations takes priority over all other considerations.”

Airlines have in recent times been faced with dire economic straits over the galloping price of aviation fuel known as Jet A1 which is almost hitting N900 per litre.

This was however worsened by the high foreign exchange with one dollar exchanged for N630 at the parallel market, making it impossible for Airlines to carry out their scheduled maintenance.

Prior to the suspension of Dana, its Deputy Chief Executive Officer, Sukhjinder Mann resigned his appointment over what sources called a foreign exchange crisis which has made payment of his salary difficult.

One of the Airline’s aircraft, a Boeing 737, was also grounded on Tuesday after it made an emergency landing in Abuja due to a technical fault on one of its engines.

Dana Air had posted a statement on its social media pages informing passengers that all flights have been cancelled due to ongoing audits of its operations.

But in an official statement over the suspension, the Airline confirmed the development, saying its “operations have been suspended as advised by the Nigerian Civil Aviation Authority ( NCAA) in order to undergo a full operational audit with effect from midnight 20th July 2022.”

The statement read: “Operational audits are regulatory and airlines are obligated to suspend their operations when the NCAA calls for it and we understand the impact this suspension will have on our partners, staff, passengers and the general public but we are very confident that we would come out stronger as we have done in the past.

“We wish to assure the Nigerian Civil Aviation Authority (NCAA) that we are fully ready and committed to cooperating with them in the course of this audit and to also reassure our customers and partners that we are safe, efficient and reliable.

“The recent skyrocketing cost of Jet A1 at 830/litre, unavailability of forex, and inflation are also contributory factors to this decision regrettably.

“We crave the understanding and patience of our customers, travel and business partners and sincerely apologize for any inconvenience our short absence from the market might cause.

“Our customer service team will continue to operate 24/7 to assist affected customers with necessary information on refunds and our offices will be open to all our existing partners.”