A Daily Trust correspondent who arrived at the airport by 7 am was asked to step aside at the departure lounge of the airport. Several passengers were also asked to join him. It was, however, noticed that some other passengers were cleared to proceed.

About 35 minutes later an airport official told dozens of the waiting passengers that the NAHCO aviance workers are on strike and that they have to wait for between 30 minutes and one hour or more to see what becomes of meetings of the protesting workers, amidst protest by stranded passengers.

The official said that the airlines affected are the ones being handled by the protesting workers, while other airlines with different arrangements are being cleared for scheduled flights.

Forum calls for establishment of Shariah Court in Oyo

Travellers say if the situation is not addressed, more flights will be grounded.

The striking workers were seen in three different groups having a series of meetings and phone calls.

It was also learnt that the management had met with the staff on Sunday over the proposed strike but that the workers stood their ground insisting on their grievances being addressed ‘practically beyond promises’.

Some of the passengers were seen discussing and planning to block the entrance to force the management and the workers union to resolve the impasse.

See some photos below: 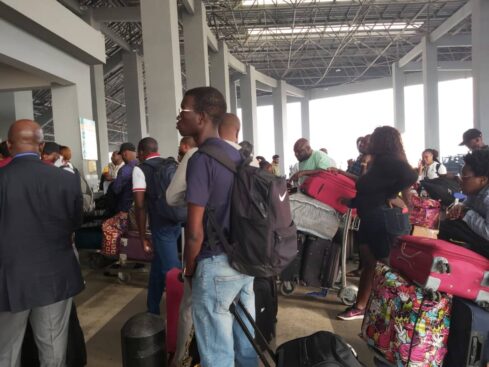 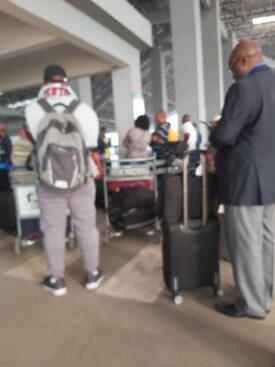