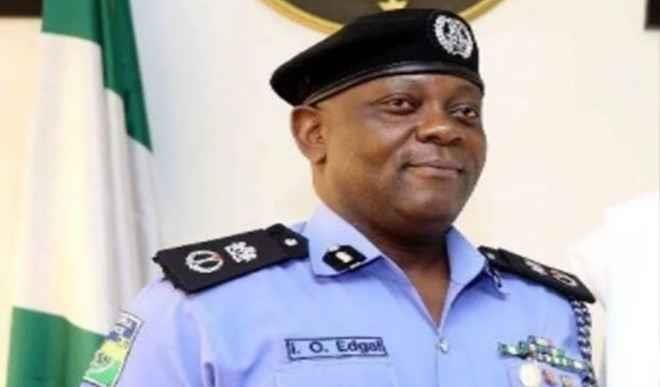 A former Commissioner of Police in Lagos state, Imohimi Edgal, on Monday assumed duty as the new helmsman in Ogun state command.

Edgal replaced Bashir Makama who was in charge of Ogun command for barely seven months.

The former Lagos CP arrived the State Police Headquarters, Eleweran, Abeokuta, at 11:00am, inspected the guard of honour and officially assumed duty.

A statement by the Command’s Spokesman, Abimbola Oyeyemi, said Edgal was received by members of the state police management team led by the Deputy Commissioner of Police in-charge of Operation Department, Edward  Ajogun.

Oyeyemi said the CP directed that all policemen serving in the state should return to their duty post from wherever they maybe “as there is going to be physical head count of all the personnel attached to the Command.”

He also ordered the cancellation of all forms of leave be it casual or annual leave, except  in emergencies, saying all hands must be on deck to checkmate the activities of hoodlums especially during the ember months and yuletide season.

According to the statement, he promised to deepen and institutionalize the strategy of Community policing and community safety partnership to reduce crimes in Ogun state, in line with the objectives of Operation Puff-Adder.