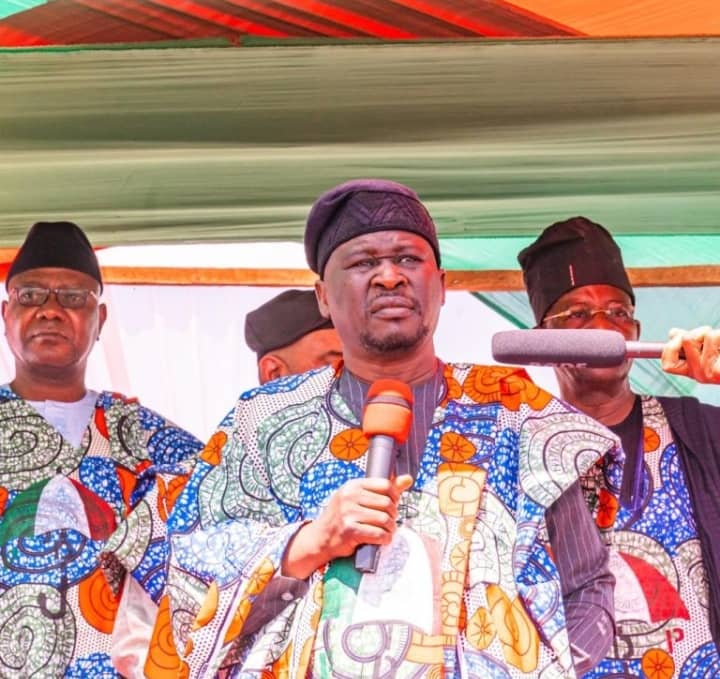 Governor Ahmadu Fintiri of Adamawa State says the Federal Government is the worst culprit in the illegal deductions of monies belonging to local governments and states.

Recall that President Muhammadu Buhari had accused governors of thwarting development in the country by tinkering with local government allocations.

The Buhari-led administration also blamed the high poverty rate in the country on state governors, alleging that the failure of the state governments to contribute their quota of development responsibilities is the reason poverty level has increased.

Responding, Fintiri said it was unhealthy for Buhari to accuse and point fingers at the governors.

He spoke at Jada, the hometown of Atiku Abubakar, Peoples Democratic Party (PDP) Presidential Candidate, during a campaign engagement.

In what looked like a fierce rejection of Buhari’s criticism, Fintiri accused the President of being blind to the infidelity under his watch.

“The Federal government is the biggest culprit of fund diversion and other financial malfeasance perpetrated by way of illegal and unconstitutional deductions of funds meant for three tiers of government without accountability before the usual monthly federal accounts and allocations committee meetings where funds are shared.

“So if the President wants to lead by example, he should walk his talk by ensuring the Federal Government also does things right.

“Muhammadu Buhari said some state governors are in the habit of diverting local government funds. But like my colleagues under the Nigerian Governors’ Forum are demanding from the President, to name the state governors, I’m equally challenging him to call out the state governors involved in such act for the sake of his own integrity and his anti-corruption crusade.