Leaders of the All Progressives Congress (APC) in Ijumu LGA of Kogi state have accused the lawmaker representing Ikeja Federal Constituency at the lower chamber,… 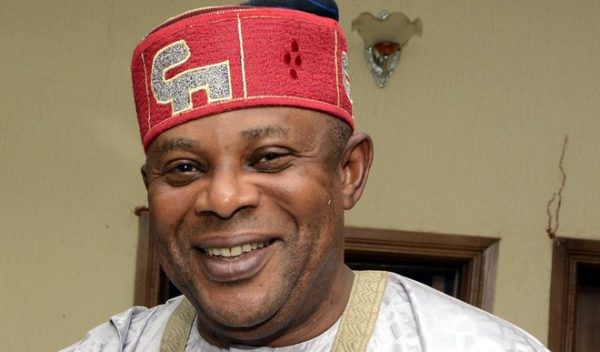 Leaders of the All Progressives Congress (APC) in Ijumu LGA of Kogi state have accused the lawmaker representing Ikeja Federal Constituency at the lower chamber, Hon. James Abiodun Faleke, of engaging in anti-party activities in the state during the just concluded general elections.

Faleke who was running mate to the late Prince Abubakar Audu, the governorship candidate of the APC in the November 21, 2015 governorship election, hails from Ekirin-adde in Ijumu LGA of the state.

The allegation was contained in an open letter addressed to Vice President Yemi Osinbajo, APC National Leader, Bola Tinubu and APC National Chairman, Comrade Adams Oshiomhole, a copy of which was made available to Daily Trust in Lokoja on Monday.

The party leaders said they have “clear evidence” that Faleke is a strong backbone behind the activities of ADC in the state and equally worked against APC candidates from West senatorial district in the just concluded elections.

“We urge the APC in Lagos, National headquarters in Abuja to watch closely what goes on as we are happy this happened to erode every doubt about what we had already known because Faleke has been the sole sponsor of ADC in Kogi state.

“We therefore call on the leadership of the party to as a matter of urgency investigate according to the rules and regulations of the party in order to avoid future occurrence”, part of the letter said.

Reacting to the allegations, Faleke described the allegations as “ranting of failed people”, saying the APC lost to other parties in the area because of its failed promises.

Faleke urged the party executives to do a self-examination and find out the real reason the APC lost to candidates of other parties in the area.

“Was our contribution to APC victory recognized by the beneficiaries in the state? The so-called Executives in Ijumu lacked capacity to think and mobilize the people because of failed promises.

“So, if the people voted for another party while I was busy campaigning for my elections in my constituency in Lagos, what is my business in APC Kabba Ijumu fed constituency. My shadows will continue to hunt them until the people are happy.

“May be I should remind them that when good governance eludes the people, the people revolt, just as it happened in so many states of the country in the just concluded elections and the pending rerun. When Govt takes people for granted, there is always a judgement day at the polls.

“Before I came to Kogi in 2015, I had not played politics in the state before, but within three months, we turned things around in favour of APC. Today, it is certain the people are not happy, they decided to go back to their original party which was PDP before 2015”, he said.