The Inspector General of Police, Mohammed Adamu on Wednesday charged police officers to exhibit true professionalism and be of good conduct before, during and after… 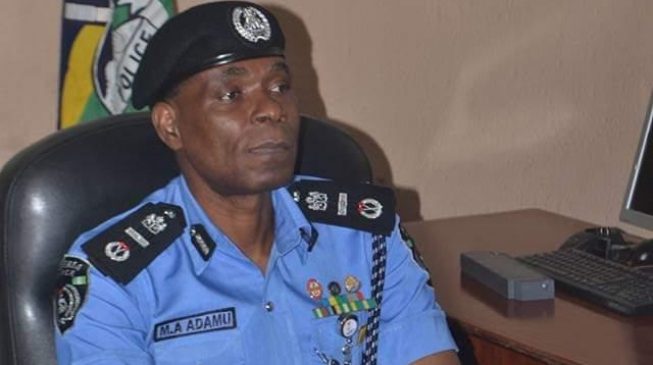 The Inspector-General of Police, Mohammed Adamu

The Inspector General of Police, Mohammed Adamu on Wednesday charged police officers to exhibit true professionalism and be of good conduct before, during and after the country’s general elections.

Adamu explained that the reason behind the recent bank alerts being received by the policemen was because the police authority is concerned about the welfare of police officers in the Oyo state Command ahead of the forthcoming general elections.

The IGP who was represented by the Deputy Inspector General of Police in charge of Training and Development, Jibrin Yakubu spoke while delivering a lecture at the state’s Police Headquarters conference hall in Eleyele, Ibadan.

Yakubu told the police officers that the bank alerts they had started receiving is a motivation to ensure professionalism during the elections.

He said “The IG is very mindful of your welfare during the election.

“Some of you have started receiving alerts. This is more than just alert, it is alarm.

“We don’t want you to go to polling units on empty stomach. But to whom much is given, much is expected. Behave yourselves in professional manners.

We urge you to be very punctual at your duty posts. Report very early, you know elections may not commence without you.

“A good policeman is supposed to be at his duty post thirty minutes earlier. So you must be there on or before 7:30,” he said.

The DIG who is also responsible for overseeing the elections in South West had visited Ekiti, Ondo, Osun to give the same lecture to police officers and stakeholders of the states, it was learnt.

He said the IG had instructed him to make sure that the elections in all the south western states are free, fair and credible.

Yakubu enjoined stakeholders in Oyo state to appeal to their supporters and party agent to display peaceful conducts.

He said the police is not partisan adding that they will be professional in discharging their duties.