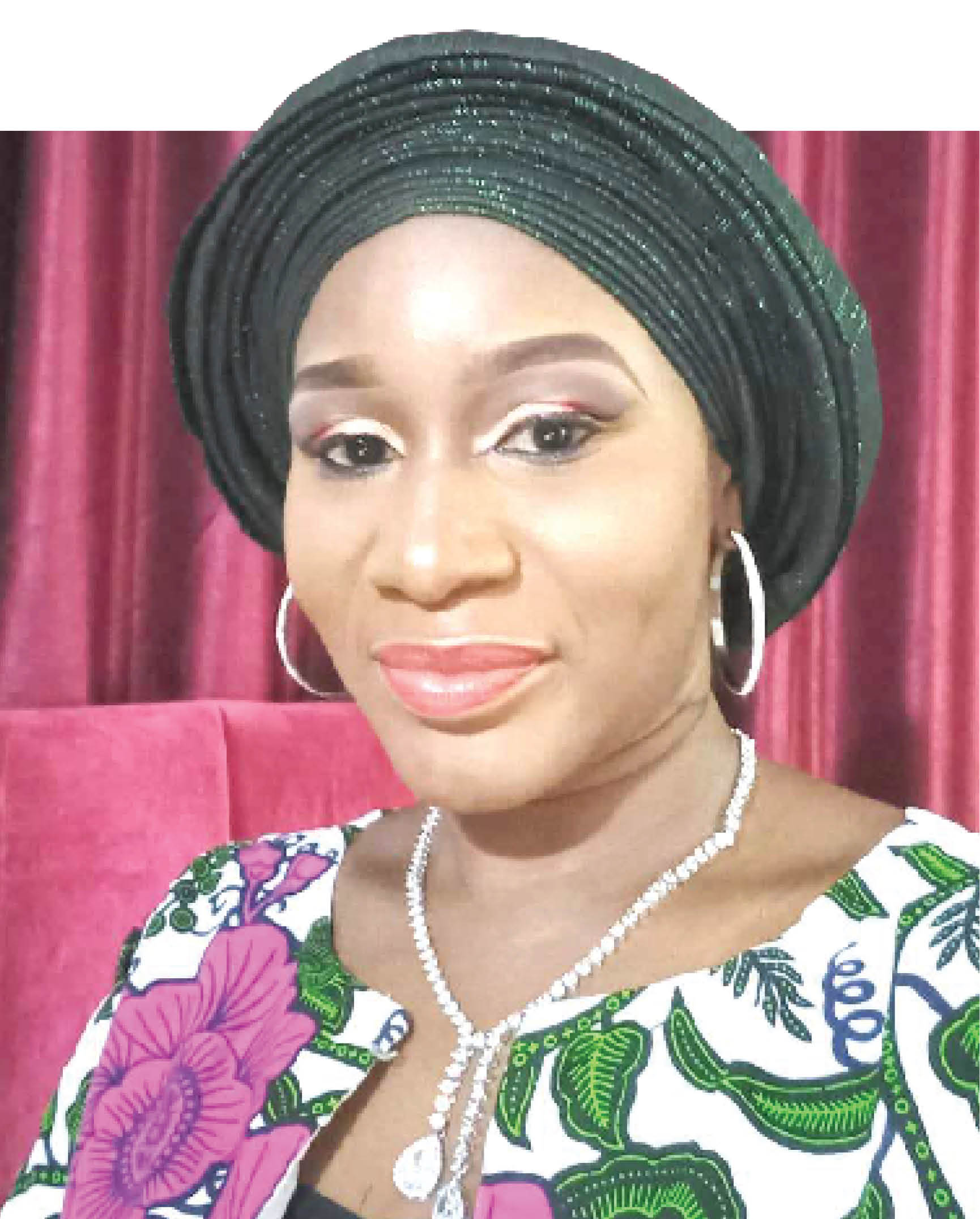 Jane Thomas Rogers is a Nollywood actress, and the Financial Secretary of Northern Filmmakers Association of Nigeria (NFAN). In this interview, she explains how actors/actresses hurt one another and lobby to get lead roles in films. She also speaks on some challenges facing the film industry.

WM: How did your acting career begin?

Jane Rogers: I started out with stage drama in the year 2000 but my foray into acting proper began after a chance meeting at Kenfeli Hotel in Kaduna. I had gone to the place to meet Gabby Gabbiano Okotie who was the then chairman of Actor Guild of Nigeria (Kaduna Chapter).

He had previously given me a business contact and when I went back to show appreciation, I met him on a movie location. Prior to this time, I had no inclination that he was a movie producer. At the hotel, he was busy directing and beckoned on his assistant to attend to me. His assistant on the other hand had no clue of what had exactly brought me, he just assumed that I was there for the ongoing movie shoot. In a twinkling of an eye, he started briefing me on the procedure, and after he asked if I was interested in acting.

To me, it was a dream come true and I immediately jumped at the offer. After acting in some movies, I decided to move to Lagos because I was more interested in starring in English speaking movies than the Hausa speaking ones he mostly directed. At the end of the day, it paid off.

WM: What inspired you to go into acting while your course of study was accounting?

Rogers: My decision was borne out of passion for acting; the need to tell stories through the eyes of the lens. To be specific, I can’t see myself doing a white-collar job and pushing files, or inserting and computing imaginary figures. Acting is where I see myself affecting the world – touching lives and making great impacts.

Rogers: To be honest, I feel good and I give God all the glory for the rare privilege of talents and exposure. I also feel very strongly that the best is yet to come. So, I strive to becoming a better version of my last movie project.

WM: How were you able to clinch those awards?

Rogers: I believe that I received such recognition through hard work, perseverance and the favour of God. Permit me to take you through how I started to feature in English movies. I had gone for a Hausa movie audition at Mnet office Lagos. Some weeks after the audition, the director – Mr. Ola, called me and said ‘Jane you came for Hausa audition at Mnet office but I am seeing you in Nollywood because your personality fits more in Nollywood’. So, I told him that my main reason of coming to Lagos was to explore opportunities in English films, he then asked me to come for another audition and the rest is history.

I am also a regular within the media space as a result of my working relationship with Ambassador Cornel Udofia, a mentor and PR guru. He availed me the showmanship on several media platforms and as a result, I received and granted quite a number of interviews on TV, radio, magazine etc. That was how I became known. And as regards the awards, some of the award I received was through nomination based on achievements in the industry while some nominations were through the public as well as voting by my fans.

WM: How does it feel acting alongside bigwigs in the entertainment industry?

Rogers: It’s quite humbling working with bigwigs in the industry. I mean those screen kings and divas that formed a part of my childhood fantasies. To be on set with those I had admired on television for long tells a lot about how far consistency can take one. Getting close to icons like Clem Ohameze, Eze Nwora, Annie Idibia, Halima Abubakar etc, I have seen their humanness, shared jokes with them and learnt a lot from their wealth of experience. Working with them has helped me a great deal and has also inspired me to work harder in order to be able attain the height they have attained in their career today.

WM: Apart from acting alongside bigwigs, you have also played lead roles. What was the experience like for you?

Rogers: Playing lead roles in films has remarkably built my self-confidence and has helped shaped my career in Nollywood in no small measure. It has also presented me with the opportunity of being recognized and earn some respect in the industry. I am sure you know people lobby for lead roles in movies, some even pay money for that, while some go as far as hurting themselves just to get lead roles. But in my own case, I get such gigs through referrals from colleagues, or directors I have worked with in the past.

WM: Have your films been aired on cable channels or cinemas or they are only in CDs, DVDs and the likes?

WM: Apart from acting, what other sector in the entertainment industry are you involved in?

Rogers: Aside acting, I also organize events and award shows such as the Maryland concert and award, Global impact awards. Only recently, I launched my magazine- Ashbab Global Impact Magazine. I also manage artistes; I have worked with reggae sensation Kingwadada. Presently, I use my platform to promote young artists and give them platforms to perform at events, getting sponsorship for their music or endorsements, and also helping them with publicity. I realized most of the media outfits hardly promote fast rising artist, they only focus on the stars. I envision that the future is for the young artistes of today, so I use my platform to bridge that gap at no cost at all.

About two years ago, I got a gig for young artists Double pee (twins) to be signed under a record label- Blackcity Records. The artiste is making waves in the industry. I also have artists like Tyoung, Soja boy, Gentle prince, Future, Bessie gold, to mention but a few. I am passionate about helping people and I have this mindset that money is not everything so my focus is not money. Once they okay, I am okay.

WM: How will you describe the entertainment/film industry in your home state of Kaduna, and what are you doing to improve it?

Rogers: Right now, the entertainment industry in Kaduna is suffering as a result of lack of interest of government in entertainment. And regarding the entertainment sector in general, honestly, we need more of media, brands and government partnership. Trust me, we have people doing great stuff, the likes of Danhausawa-DH, Vayan Villageboi, Mc Parrot, Efresh, Gabby Gabbiano, Wassh Waziri, Zeena Bako, Israel Audu, Penny Wealth, Gaze and the rest of them. But they need support/partnership. I am the National Financial Secretary of Northern Filmmakers Association of Nigeria (NFAN), and we are working with the association to build capacity in the movie industry, we intend to start training young and aspiring actors.

WM: How true is it that the film industry is not as viable as before and that actors/actresses are moving to other aspects entertainment or changing careers/jobs entirely?

Rogers: That is very correct; there is no structure in Nollywood. You won’t believe that as big as the Actors Guild of Nigeria is, they don’t have an office as we speak. They only partner with hotels to hold their meetings and that is it. Actors have no specific pay/compensation for their work. That is the reason producers treat them shabbily. However, organizations like Africa Magic are really trying as some artists are earning monthly from them though based on the numbers of years you have been with them. At the same time some big names make their money through adverts, endorsements and other means.

WM: What is generally the problem with the film industry today and how can the problem be solved?

Rogers: Some of the major problems in the film industry include sexual harassment, absence of standard pricing for artists, lack of available market for films.  There is only one way out which is a working structure and organizational pattern.

WM: Most people in the entertainment industry have role models. Do you have any?

Rogers: I have so many people that I admire in the industry.

WM: How do you generally connect with your fans and what do you do to keep the relationship going?

Rogers:  I maintain a likeable relationship with all my fans; I connect with them easily.

WM: What should the public be expecting from you soonest?

Rogers: The public should be expecting more of training and mentorship of young and aspiring artists.

WM: You have lately been spotted in Abuja. Anything going on there, entertainment wise?

Rogers:  So, you have been monitoring me movement, right? (Laugh). Yes, I am trying to put structures in place in Abuja. I realized I am more popular in Lagos and back home, I don’t have much fan base so I decided that I need to build it which means I have to be on ground to be able to connect and identify with my people Arewa, the singular reason I decided to host my last event in Abuja global impact award, which was held in March.

WM: What is your advice to upcoming actors/actress as well as those with acting potentials or intentions?

Rogers: One thing I can say to the younger generations of actors and actresses is that they must be ready to go through the process. They have to be patient.

WM: What is your future projection?

Rogers: My future projections are quite much because I am very ambitious. I intend to embark on humanitarian outreaches, community services, entrepreneurial training and empowerment projects.