I bought my first new clothes at 50 – Mama Rainbow

In this interview with Daily Trust Saturday, Nollywood matriarch, Idowu Phillips, popularly known as Mama Rainbow, who recently turned 80, shared some of her life… 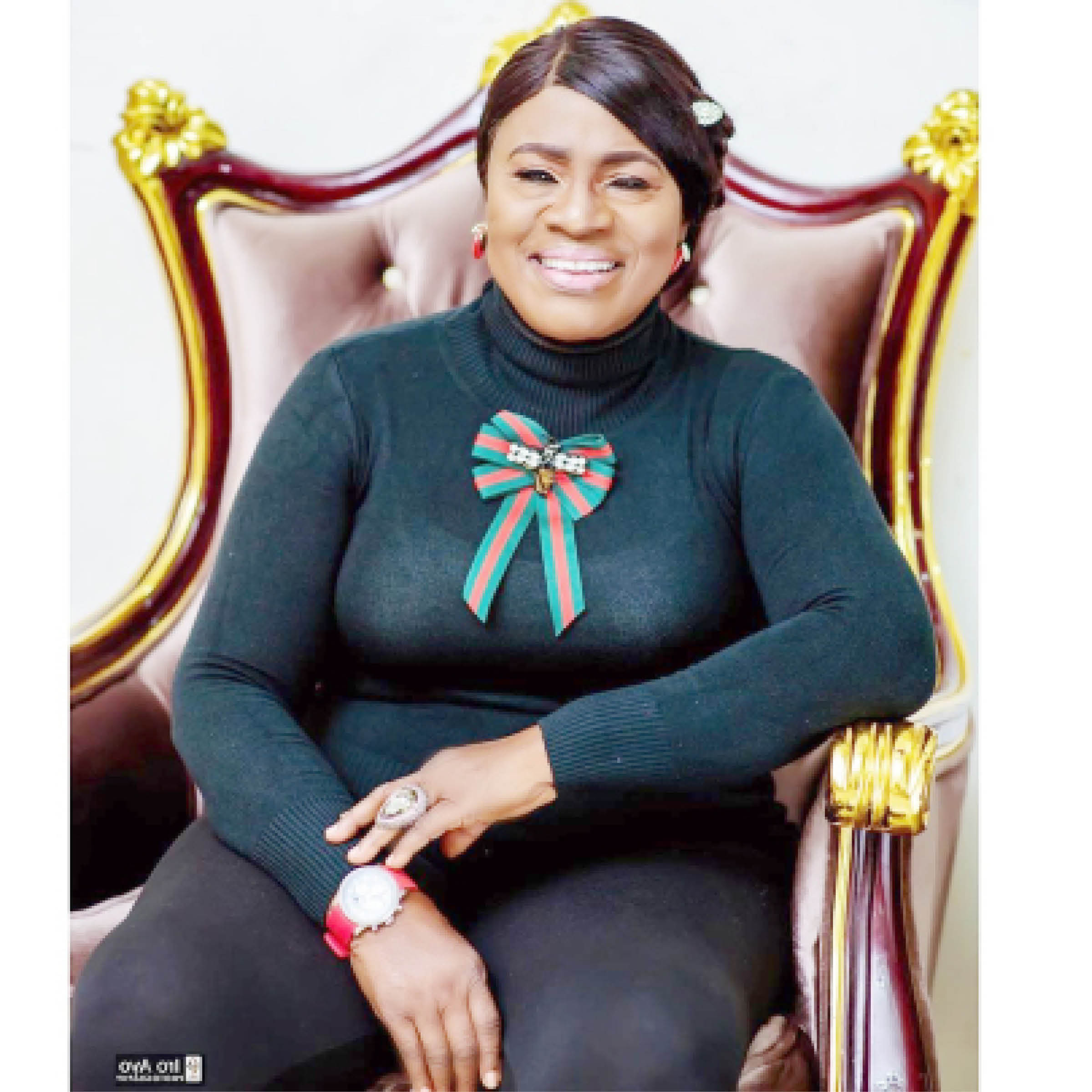 In this interview with Daily Trust Saturday, Nollywood matriarch, Idowu Phillips, popularly known as Mama Rainbow, who recently turned 80, shared some of her life experiences.

You just celebrated your 80th birthday, would you say you are grateful to God?

I have to thank God for his mercy and protection on me, my children and grandchildren, as well as my church. It is the grace of God because if you do not have his grace, how can you get to the age of 70, not to talk of 80? At a point, someone asked, ‘Mama, what illness are you nursing that doctors monitor you and you have to buy drugs?’ I said there was none. That alone deserves glory to God. I am not using this testimony to taunt people who have some ailments they are battling with.

Let me also say that before I attained fame, I really suffered. If suffering shows on people’s body, it ought to overly show on mine, but God did not make that my portion. If medical practitioners had grades for high blood pressure patients, I ought to be in the grade one category.

There were days I was at home for about three days and did not even leave my room to ease myself; all I was doing was crying. My only pillar of support at the time was my mother, who helped me to look after my children. She helped me to accommodate them and I went to find a means to provide for my family.

I was happy on my birthday, October 16, but I also remembered the sufferings I had experienced in the past and things I lost. The times I had to trek long distances in Lagos just to put food on my table due to my husband’s death. I also remembered some of my colleagues in this profession who are dead. I also remembered some people who attended schools with me but they are no longer alive. Their fathers were billionaires, but when they fell ill, the ailment defied medication or money. But if I have headache, all I do is to take a painkiller and water that have been prayed upon or just rub anointing oil on my head. I am really grateful that God is on my side.

You started your career during the days of ‘moving theatres,’ now we have streaming services, of which you have featured in some blockbuster movies. What are your thoughts on the technological advancement?

In my opinion, inasmuch as the technological advancement in the movie industry has brought some development, it has also spoilt some things.

With this advancement, some people, especially film marketers, are bearing the brunt as the market is not moving as usual anymore. They cannot fend for their families any more. Someone who sells compact discs confided in me that each morning he cannot boast of N10,000 because people do not buy CDs anymore.

When I started my career, it was black and white television that was in vogue, and most people had to go to their ‘rich’ neighbours’ houses to watch it.

There was a time I wanted to buy sachet water from a street hawker who was with her mobile devise and she ensured that her phone was safe at the peril of the water she hawked. When I asked why she did that, she said without that phone she would not alive. She further said it was from her profits that she would buy data for the phone.

You literally raised your children as a single mother. Now, when you look at them, what comes to your mind?

I am always happy, especially seeing my son, Femi. He graduated from a university in Ilorin and informed me that he would wear the convocation gown. When I saw him, I burst into tears. I would have been very joyous if his father was alive to witness that historic point of his life, but I thank God. Inasmuch as life was tough for me, I have three of my children who are graduates.

Some people think some actresses use acting as a font for promiscuity; as a matriarch in Nollywood, what is your thought on this?

I will rather not talk about this issue.

We learnt that you are working on a movie project that sheds light on your life, Gold Smith’s Daughter. What is it about?

My father was a renowned goldsmith in our vicinity, and as his only daughter, I was well loved and very joyous. Whenever I was in my father’s shop at Oyinbo Market in Lagos, and wherever I went people, tagged me as the goldsmith’s daughter and gave me things.

I remember a time someone came to collect their gold from my father and removed one and put in my ears because I was the only girl with about 15 or 17 brothers. My father loved taking me to the shop for everyone to see so that they would know that he had a girl-child. I was a very joyous child.

Is that why you love wearing gold accessories?

I really love it; I am used to it.

Your father later became a prophet; how was the transition for the family?

My father’s transition into becoming a prophet affected everyone, especially his home. It even affected his work because my father was the president of goldsmiths in Oyinbo, Lagos State. Due to his status, whether he worked or not, he made money. We lived at Ebutte Metta, No 24, Jebba Street.

My father was a free giver, but when he became a prophet, not like these days’ prophets, he could not afford a motorcycle, not to talk about a car, until he died. There was no more money. All my father did was go to the mountain and pray for the church. It affected the household, but my mother stood firm in the faith as well and trained us.

God calls everyone in different ways. In fact, God had called me about 15 years ago but I did not answer his call. I went to London at a point and someone was in trance and I did not want to get into the church so that they won’t see a vision about me. But the person came out and asked the whereabouts of the staff of power God bestowed on me. I went to America and another person advised me to heed God’s calling so that I would not suffer his wrath. To be honest, when I got back to Nigeria, it seemed as if I was blacklisted. I went to meet my colleague, Yinka Quadri and he told me that there must be something wrong. I explained to him and he said I should look into the prophecy given to me.

Another person told me that God said I must not rent out the only house I built, instead, I should ring bells of prayers, and people in the house should be prayerful. I stay in a place where people charge tenants up to half a million naira per annum, but I don’t have a single tenant. I accepted the message and that was how my church started.

How did your children adjust to your new lifestyle?

It was tough; after prayers some of them would always cry. Whenever my son, Femi, saw me with a bible he would ask what I was doing with it. At a point, he said he would take me to where I could become a witch and I agreed. He said that once I became a witch we would be okay.

I agreed and he took me somewhere, but before God and man, when I got there and they told me the requirements, I was shocked. They said it was the child I loved the most that would be used for sacrifice. I told the person that it was the child I loved most that brought me to the place. At that point, my son held my hand and said it was time to go home.

We learnt that you want to celebrate your 80th birthday throughout the year; why?

I clocked 80, so it has to be celebrated in a big way. I will celebrate it all through the year in different countries. God has been gracious and merciful to me. I am either lucky or God is merciful to me to get to this age.

It was not till I clocked 50 years that I started buying new clothes for myself. In my area, when we had to buy ‘aso-ebi’ for N2,000 I would not go to the area for about two months because I could not afford it. There was a time they shared pieces of land at N2,000 with complimentary drinks but I could not afford it. If I dared pay for such, my children would not have clothes to wear, neither would they have food to eat. They would not be okay. My priority was my children. I always loved children and I wanted mine to be as comfortable as they could and also well-educated.

I now feed widows because I am one. My husband died 38 years ago and I did not remarry. I learnt early that as a widow, if you wait for family or government before you try to make your life better, you are wasting your life. You have to be steadfast.