How to create state police — Lawyers

Lawyers have explained that the creation of state police under the enactment of the National Assembly would conflict with the existing Nigeria Police. The lawyers,… 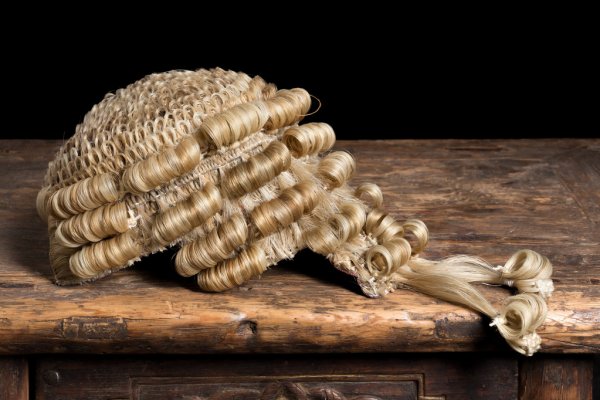 Lawyers have explained that the creation of state police under the enactment of the National Assembly would conflict with the existing Nigeria Police.

The lawyers, who were reacting to the moves by the National Assembly to give legal backing to state police, however, suggested that legalizing state-based security agencies must be subordinated under the regular police as the constitution provides for only one police.

So far outfits like the Amotekun in the South West, Ebubeagu in the South East, Civilian JTF in Borno, among other state-owned outfits have achieved great feats in security.

Reacting, Sunday Ameh (SAN) said the fear that the governors would abuse the state police and use them against political opponents have now reduced because people now know their rights.

“In developed countries, policing is localised. Therefore, I suggest that whatever agency that the governors are allowed to have should be answerable to the Nigeria Police,” he said.

Also reacting, Dayo Akinlaja (SAN) said that the lawmakers should have considered the existing provision in the constitution which recognises only one police and just amend that section rather than enact a new law.

“The constitution provides for only one police force and that the state is forbidden from having a security outfit. Rather than the Bill, they should have just tinkered with that constitutional provision,” he said.

Governors in various parts of the country have established state and regional policing outfits to respond to increasing insecurity in their areas.

The Southern Governors’ Forum had in their meeting in Lagos on July 5 demanded that law enforcement agencies must seek their permission before any major security operation in their domain.

Section 14(2)(b) of the Nigerian Constitution provides that “the security and welfare of the people shall be the primary purpose of government.”

But the governors are unable to control policing functions in their states because of the law, among them sections 214 and 215 of the Constitution.

Reacting, Prof. Paul Ananaba (SAN) said as the chief security officers of their states, the governors don’t control security agencies because security is not in the concurrent list but exclusive list.

“They just want to cause trouble because in terms of security, there is no constitutional provision that would warrant them (the governors) to say that,” he said.

“However, consistent with governance, there should be some understanding between the federal and state governments with respect to security.

“It is not fair and advisable to carry out security operation in the state without the permission of the governor.”

The lawyer also stated that the agitation for state policing is part of the restructuring calls because much power has been concentrated on the centre due to years of military rule.

“Security ought to be down to the local government as the idea behind three-tier-government because it is the failure of the third tier that led to these insurrections in the country. Local government chairmen would have been able to take care of these things before they grow out of control,” he said.

Also responding, Sunday Ameh (SAN) said the states have only subsidiary powers to maintain security in their states although the governors are recognized as the ‘chief security officers’ of their states.

“Security in Nigeria is like a unitary proposal so that the ultimate responsibility for national security lies with the president and he directs the Inspector General of Police, which is right from the top.

“Therefore, the governors cannot stop federal security operatives from operating in their states because when it comes to security, the president is ultimately responsible,” he said.

However, Prof Ernest Ojukwu (SAN) said the governors are right because as the chief security officers of their states, no security agency should be deployed to any state without their consent.

“The decision of the Southern governors is perfect and accords with the spirit of the constitution. This is the posture we have been expecting from Governors. We cannot keep talking of meaningless federalism unless states assert their autonomy. I applaud Southern governors for this bold posture,” he said.

Some analysts have also suggested that the initial fear that state police would be abused by the governors having been overcome because of the growing knowledge of individual rights, the concern over the funding of these security outfits by the states in the face of dwindling revenues, remain unanswered.