The unending power crises and the skyrocketing prices of Automotive Gas Oil (AGO) or diesel are twin problems affecting welding works in Kano State. Steel… 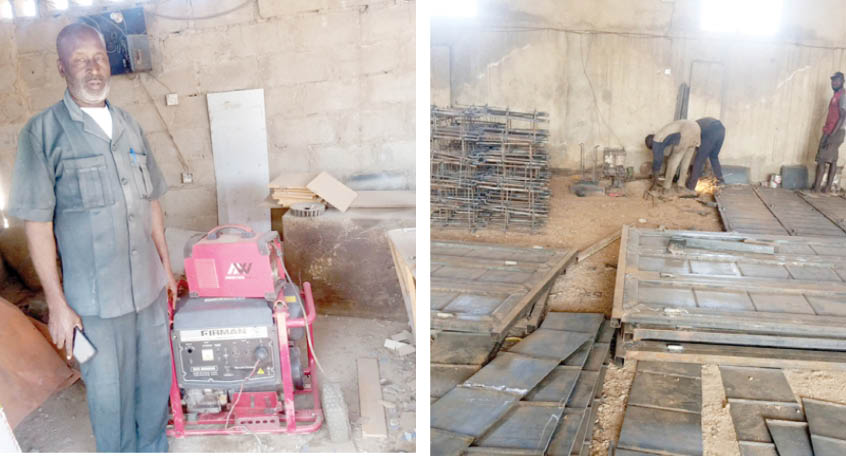 The unending power crises and the skyrocketing prices of Automotive Gas Oil (AGO) or diesel are twin problems affecting welding works in Kano State. Steel welding works in the state largely depend on these two sources of energy, which are becoming too expensive for small and medium-scale enterprises (SMEs), Daily Trust Saturday reports.

Some of the enterprises are no longer counting on electricity supply from the power distribution company in the state as there was no progress in the arrangement, said Muhammad Falalu Ali, who manages a welding outfit at Janguza, Tofa Local Government Area, adding that the transformer that serves the community was not working for over four months and nothing was done by the electricity distribution company to address the problem.

He said the Janguza community had no electricity supply, and even when the transformer was working, the supply to the area was at best, epileptic. That was why he bought a medium size petrol generator which uses an inverter for the welding works to ensure that his business continues to survive.

Still, the petrol generator has its challenges as only one person could work with it at a time and the petrol price was also going up, “but it is better than buying diesel at 890 per litre,” Ali lamented.

He said that due to the energy crisis and hike in the prices of welding materials, customers took a long time before they could respond to quotations, and some of them would not even respond and that had negatively affected the business.

“If the Ajaokuta Steel Company is working, our sales would be better, but there seems to be a lack of serious commitment from the government to actualise the company’s takeoff; and that has implications to our business.

“At least 10 people used to do different kinds of assignments in this workshop, but now, only four of us work here, and sometimes, only one person works because the work has reduced due to the high cost of materials,” he said.

He said the little electricity supply to the area was mostly at night, and it could not be possible to do the welding works during night hours as the effects of welding radiation on eyes were more injurious when the daylight fades.

“Almost every day, if we want to carry out modest work we have to buy at least N8,000 diesel, which we sometimes find adulterated with petrol,” Umar said, adding that if they could get two hours of uninterrupted electricity supply daily, it would be adequate for them to run the business effectively.

On his part, Alhaji Kabiru Musa Sharifawa, the owner of Sharifawa Aluminium and Steel Works, one of the largest welding companies in the city, said there was serious difficulty in running the welding business at the moment.

Sharifawa, who said he was the only permanent staff in the company, described his remaining 40 employees as trainees who would graduate and become independent after acquiring requisite skills in the business, saying that many people who graduated from the company had a lot of employees working under them.

He said the company had suspended planning any work on electricity and some of the contracts they handle were signed when diesel was N375 per litre and it costs them almost N900 to buy a litre now.

“It seems that generator dealers and diesel merchants have a connection with policymakers in the country, and I think that is why we may not have stable electricity,” he alleged.

A senior officer in the Corporate Communication Unit of Kano Electricity Distribution Company (KEDCO), Sani Bala Sani, said the company had prioritised SMEs by putting them on Band A, which means that majority of them would enjoy a minimum of 20 hours of electricity supply daily unless there was low supply from the Transmission Company of Nigeria (TCN).

“Most of the SMEs are within industrial or commercial clusters and they are the most prioritised. The only challenge is the high losses recorded from them as a result of energy theft, among other vices,” Sani said.

Cumulative electricity generation across the country was 18,000 megawatts (MW), according to the Minister of Power, Abubakar Aliyu, an engineer.

The minister stated the figure last week in the state while inspecting the ongoing expansion work of transmission lines that would boost power transmission and distribution to bring improved electricity supply.

He said 13,000MW was generated through the national grid, while captive and embedded channels generated the remaining independently.

However, experts in the industry said the country should have 100,000MW of electricity.

To get things right in the business, Sharifawa advised that stakeholders in the power and welding industry “should always try and do the right thing.”