Between 2015 and 2016, Niger State was rated as one of the states with the highest rate of maternal and child mortality. According to  research… 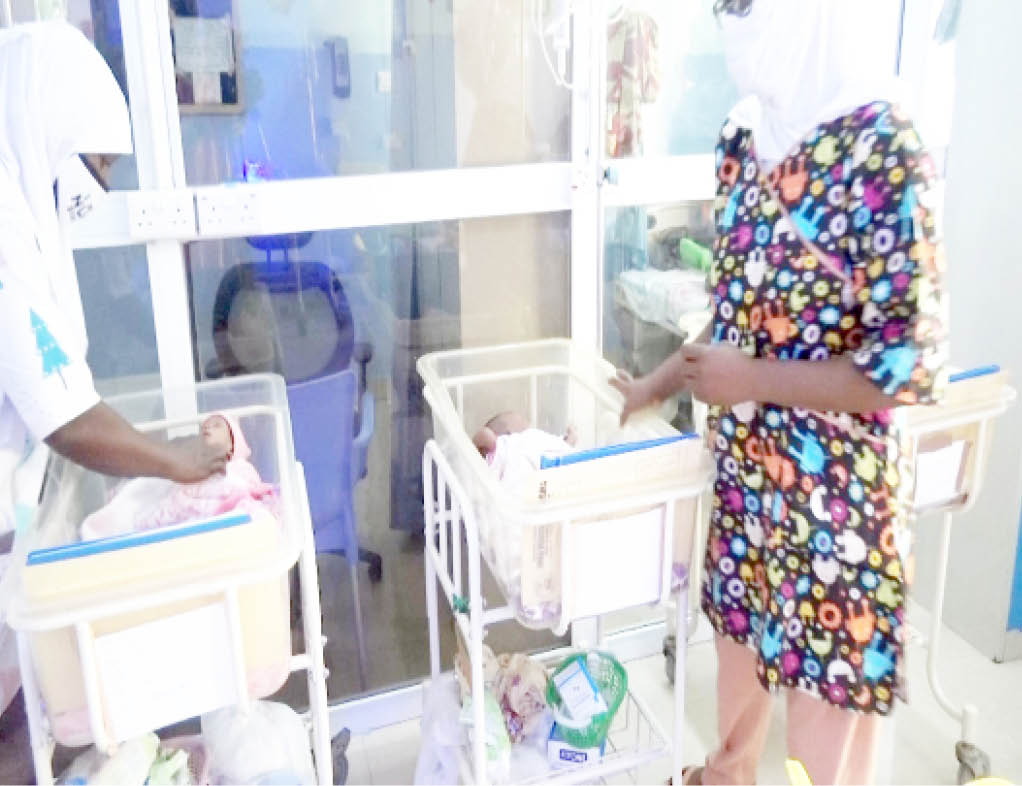 Between 2015 and 2016, Niger State was rated as one of the states with the highest rate of maternal and child mortality.

The foundation is managed by the wife of Niger State governor, Dr Amina Abubakar Sani Bello, a gynaecologist and a senior doctor in the Neonatal Unit of the Minna General Hospital.

It added that one in every 95 women died during pregnancy and childbirth which translates to an annual estimate of 1,934 deaths from pregnancy-related complications.

But the establishment of the Special Baby Care Unit, domiciled in the Jummai Babangida Maternal and Neonatal Hospital, Minna, was said to have changed the story with doctors now assuring of the survival of even premature babies.

The unit which became operational in 2017/2018 has successfully managed premature babies as it usually attends to over 800 babies in “their peak months” and on average, over 500 babies monthly.

The principal consultant, Professor Hippolite Amadi of the Imperial College, London, said no fewer than 800 babies were delivered in the hospital on a monthly basis.

Of these, the number of babies delivered were said to be seven 0.6- or 600-kilogrammes premature babies who were successfully managed with the aid of the newly installed clinical facilities.

“This is by far the most successful, by far the biggest; most of the babies that come to us here go back home alive. All the doctors and nurses here have received special training tailored to newborn care in this kind of climate and part of the world.”

The expert said a lot of things would cause a premature baby to be born. “There are complications during pregnancy that can make the baby come too early. Some of those complications can be clinical and they can also be some external factors. But it is just standard that if the life of the baby is in danger, you have to bring out the baby to save it. And when that happens, we would have to assist the baby to survive by keeping it in an incubator and giving it some kind of special care.”

Professor Amadi said that managing new born babies, especially premature ones, was always hard in the developing world because of technologies that are quite difficult to manage.

He said, “We have a death rate of babies and mothers of less than 10 percent. Most of the babies that come here survive because the nurses are specifically trained on new-born baby care.

“There are functional incubators for premature babies. We have nine ventilators and there is no teaching hospital in Nigeria where you will go and see up to three functional neonatal ventilators.”

The state Commissioner for Health, Dr Makusidi revealed that, “Before now, almost all of the neonatal babies; the children born between 0 and 28 days of life, 85 to 90 percent of them don’t survive. Now the trend has been reversed. We record close to 90 percent survival of these babies. We have recorded the smallest babies here, 0.6 kilogramme or 600-kilogramme babies, just like a lizard and they were managed and survived here.”

He said the success was made possible with the installation of customised incubators and ventilators that had made the management and survival of the babies possible.

Dr Makusidi said, “Aside bringing in the equipment, we trained our staff both clinical and mechanical, to see that at the exit of the consultant, we should be able to sustain ourselves. A lot of our doctors and nurses have been trained. The machines are so customised to our environment to acclimatise with our temperature, our lighting system, and our ruggedness,” he said.

One of the senior doctors, and wife of the Niger State governor, Dr Amina Abubakar Sani Bello, said, “From the statistics that we have here now, there is significant reduction in maternal and child death.

“The unit started in 2017 and we have been able to have a high survival rate of babies who pass through this centre.”

“Most mothers deliver through normal delivery though there are some mothers who need a caesarian section. We treat babies with different problems like those related to prematurity, and aphasia. The section is for the babies from 0-28 days who have been born with one problem or another and need special care, “she said

Dr Amina said the centre was a victory for maternal and natal mortality, pointing out that, “You can’t have the baby surviving without the mother surviving. They go hand-in-hand, both maternal and neonatal mortality. And the revitalisation of the primary healthcare centres to have 274 focal units to provide 24-hour service which ensures that women who happen to go to labour in the evening or in the night get the required care. These are some of the things that allow safe delivery and reduce maternal mortality.”

She said without the requisite equipment, most babies wouldn’t have survived because of the conditions surrounding their delivery.

One of the mothers, Aisha Ibrahim, said, “I gave birth here and the baby is sick, and on admission. They give comfortable services and attend to our babies at the right time. We don’t have any problems.”

Habiba Musa, another mother of a 20-day old baby, said the baby had health challenges and was being treated by the doctors.

She said, “Since we came here, and he was given an injection, he is okay now. The doctors are here with us 24 hours.”