How I use traditional methods to resolve disputes in my community

For Alhaji Mustapha Sanusi, the District Head of Duhu in Adamawa State, the activities of Boko Haram insurgents, farmers/herders clash and kidnap for ransom had… 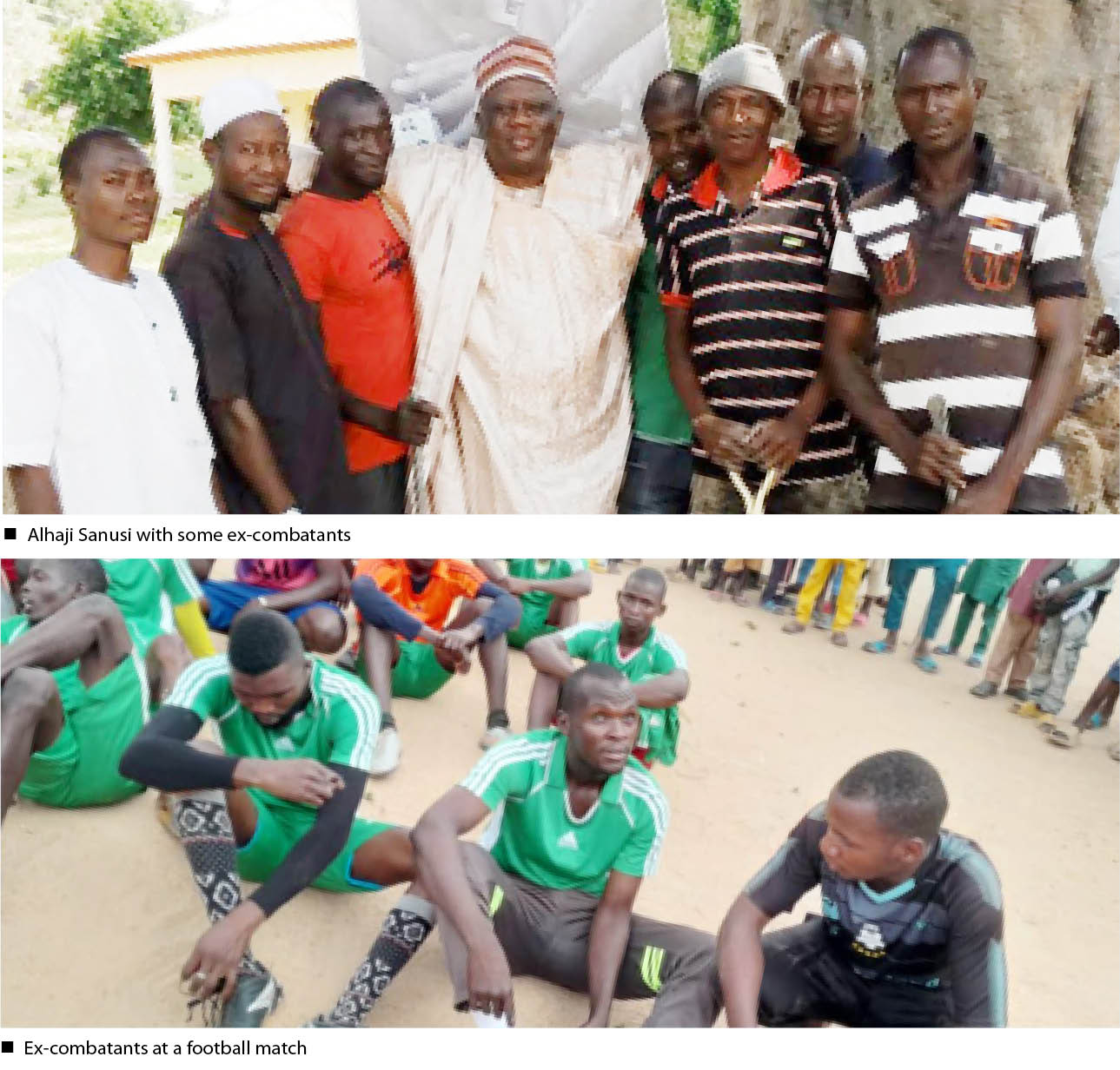 For Alhaji Mustapha Sanusi, the District Head of Duhu in Adamawa State, the activities of Boko Haram insurgents, farmers/herders clash and kidnap for ransom had combined to make life miserable to his people since 2009.

Years of intervention by the military and the police had hardly yielded any fruitful outcome. But his singular effort to employ an age-long method of resolving disputes had seen his community living in peace and witnessing economic boom.

“We resorted to our 500-year-old Kabara traditional justice system concept, which emphasises speedy access to justice with community leaders as decision makers. The primary aim is achieving reconciliation between parties unlike the formal courts where justice can be expensive and often delayed.

“Kabara represents access to justice with respect to arbitration, reconciliation and integration.It is more effective. If you go to our conventional courts, judgement is often delayed and sometimes you have to buy it. You will also remain enemies with your neighbour whom you complained against. In the case of Kabara, if someone destroys your farm, they are made to pay you or if a motorist hits your brother, instead of sending him to prison, he pays compensation, so the money can be used for the upkeep of children left behind by the deceased. It is therefore a win-win”, Sanusi told the Daily Trust.

Duhu district in Madagali Local Government Area is made up of Shuwa, Duhu, Mayowandu, Pallam, Kojiti and Zuwel villages headed by village heads and more than 100 smaller communities administered by ward heads under the Mubi Emirate.

People in the area had suffered from the activities of Boko Haram terrorist group. Even with their partial defeat by Nigerian soldiers backed by hunters and vigilante groups in 2015, the terrorists continued mounting sporadic attacks; killing and maiming people.

Alhaji Sanusi said these attacks further limited farming and fishing activities to a few kilometres outside major settlements as many were killed or abducted on their farmlands.

“We realised that our children who joined Boko Haram were responsible for these attacks and I felt we should find a solution,” Sanusi said.

He said they established that the terrorist cells in the bush were dominated by youth from the locality. The findings also showed that many of these young fighters had been disenchanted with the cause but chose to stick to their guns because they had no alternative offer from trusted quarters.

“They were then brought to society and we had agreement with them, and they swore on the Qur’an. We then gave them punishment. The punishment was that each ex-combatant must plant 100 trees each year for a period of five years to tackle climate change. Each of them is also made to clear a total of 500 metres of culvert in five years, that is 100 metres annually. We play football matches among ourselves and do other activities. They are being fully integrated into society,”he said.

Currently, Sanusi is working with more than 100 repentant members of the dreaded terrorist group.

The district head said he had asked the security to allow the repentant fighters to communicate with the active ones in the forest in their attempt to woo them to embrace peace.

How we tackled farmers/herders disputes

“There was also a time we had cattle rustling challenges and I asked Kabara to look into it. In Kabara, we have a policy impact analysis committee which I chair. The analysis showed that 95 per cent of our vigilantes are Christians and Margi or Higgi and that the rustlers are 95 per cent Fulani and Muslims, we fear this could translate into religious and ethnic conflict. We decided to create the Pulaaku Civilian Brigade. We got clearance from security and NGOs supported them with uniforms, torchlights and other tools.

“Within one month we brought it to a halt. We recovered 375 cows from rustlers in just one month. That is how we eradicated cattle rustling,”Sanusi said.

He added that the initiative led to   peaceful resolution of the recurring conflict between farmers and herders which used to claim an average of 6 to 10 human lives every year. So he devised a dialogue that is based on mutual respect and understanding of culture and tradition of both groups.

He led the Kabara to develop the idea of pre-planting and pre-harvest dialogue. The traditional authority would share kola nut to invite heads of fourteen Fulani clans identified in the land to politely ask them to leave the area for farmers to plant their crops and before harvest, kola nut and a leaf known to the Fulani as ‘barkeje’ would be presented to the same 14 ‘ardos’.

“You know the Fulani respect ‘barkeje’ leaf like the Qur’an. So they would share it up to Niger and Cameroon. We give them a date; that they should not come until January 31. If the harvest is slow, they send their women to assist in harvesting guinea corn which is always the last at half the price in order to fast track the harvest for their cows to graze,” he said.

The district head makes sure all aggrieved residents are encouraged to come forward with complaints where they felt wronged by others during the insurgency period.

Mustapha recalled that he presided over a session to look into a petition by an aggrieved family against the killing of their son by a younger brother to the ward head who joined Boko Haram and after long deliberation across three sittings, the victim’s family agreed to forgive and Kabara took the ward head title from the aggressor’s family and conferred it on a member of the victim’s family.

“A soldier killed an innocent man and a petition was brought before Kabara when the military were court-marshaling him and we asked for withdrawal of the case. The victim’s family were in need of N150,000, so we asked the soldier’s family to pay N350,000 and sponsor the victim’s children in school,”he said.

Membership of Kabara comprises village heads, representatives of minority ethnic groups, women, youth, the disabled and the vulnerable. Meetings can be held seven days of the week and nobody enjoys any allowances as it is purely a community service.

He said the United Nations Development Programme (UNDP) and the Centre for Democracy and Development (CDD) are supporting the programmes.

“Now the CDD is giving support. We have got an office equipped with computers. So far we have received more than 1000 cases of which 500 have been documented on the computer.”

“UNDP brought a programme, Safe Space, to look into the problems of ex-combatants and lift them up economically and their children are brought together to play with other children as a remedy for trauma.  They are helping us in getting others from the bush; if we decongest the forest, our people can go to their farms and fish ponds,”he said.