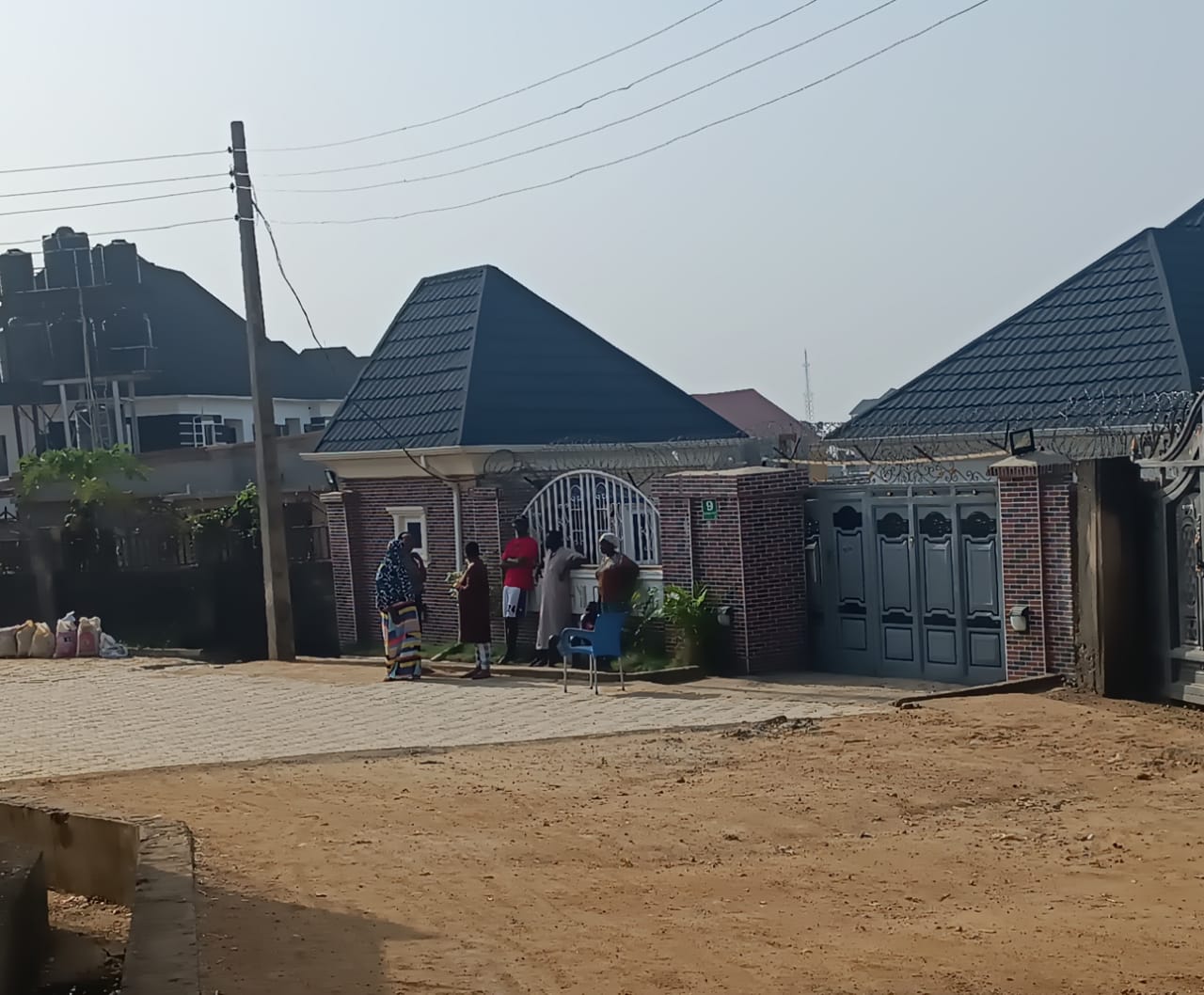 During the attack which lasted for about an hour an ex-corps member simply identified as Adenike and seven others were kidnapped.

When our reporter visited the area on Wednesday morning, residents were apprehensive.

It was gathered that the attackers shot two males, with one of the gunshot victims dying on the spot, as the other was rushed to the Kubwa General Hospital.

A resident, who simply gave his name as Kingsley, said Adenike was kidnapped in her father’s house.

He said the gunmen shot sporadically at Amilomania Street and later moved to Toyin Street.

He said a Point of Sale (POS) operator in the area and one other person escaped while they were being whisked away through the hills.

“Seven others were kidnapped alongside Adenike. But two others, including a POS operator was among the ten earlier kidnapped, escaped and are safe now.

“They shot dead a tailor, popularly known as Oshodi, and they also shot another male, but we have taken him to the Kubwa General Hospital at Phase 4, but he was unconscious. They escaped through the hill,” he said.

In a chat with our reporter, the POS operator said four of the gunmen held strong weapons while three were with machetes.

He said the gunmen dressed in black entered the street and started shooting around 7pm.

On how he escaped, he said, “A Pastor from the same street came to greet him in his shop, and they decided to go home together before they were both abducted by the gunmen.

“I escaped when we were climbing the hill because I don’t know whether I would have come back alive if I followed them.”

Confirming the attack, Police Public Relations Officer in the FCT, DSP Josephine Adeh, said the assailants shot at their victims and abducted four residents during the operation.

The statement reads partly: “Preliminary investigations, however, revealed that at about 1930hrs (7:30 pm) of December 6, 2022, some armed criminals came into the Kubwa Relocation Estate, shot two victims, one Oshodi and another Abdulwahab (both other names unknown).

“The suspects while departing the scene, left with four victims, possibly, to enable them evade arrest by the approaching Police response team deployed to the area on quick intervention.

“The two gunshot victims were immediately rushed to the hospital for medical attention but unfortunately, one of them, Oshodi, could not survive as he was confirmed dead by the Doctor, while Abdulwahab is still being attended to.”

The FCT commissioner of police, Babaji Sunday, assured that investigations are underway to identify the suspects and bring them to book while ascertaining their mission and motives.

He assured that investigations are underway to identify the suspects and bring them to book.

The statement added that with the “swift response of the Command, in an aggressive manhunt on the perpetrators, resulted in the rescue of three (3) victims and the recovery of firearms and ammunition, including 1 AK47 Riffle, 25 Rounds of ammunition”.