Mohammad Hamed, a student of Junior Secondary School, Maitama, has won the 2022 U15 Taekwondo Youth Championship organised by the Korean Cultural Centre in Nigeria… 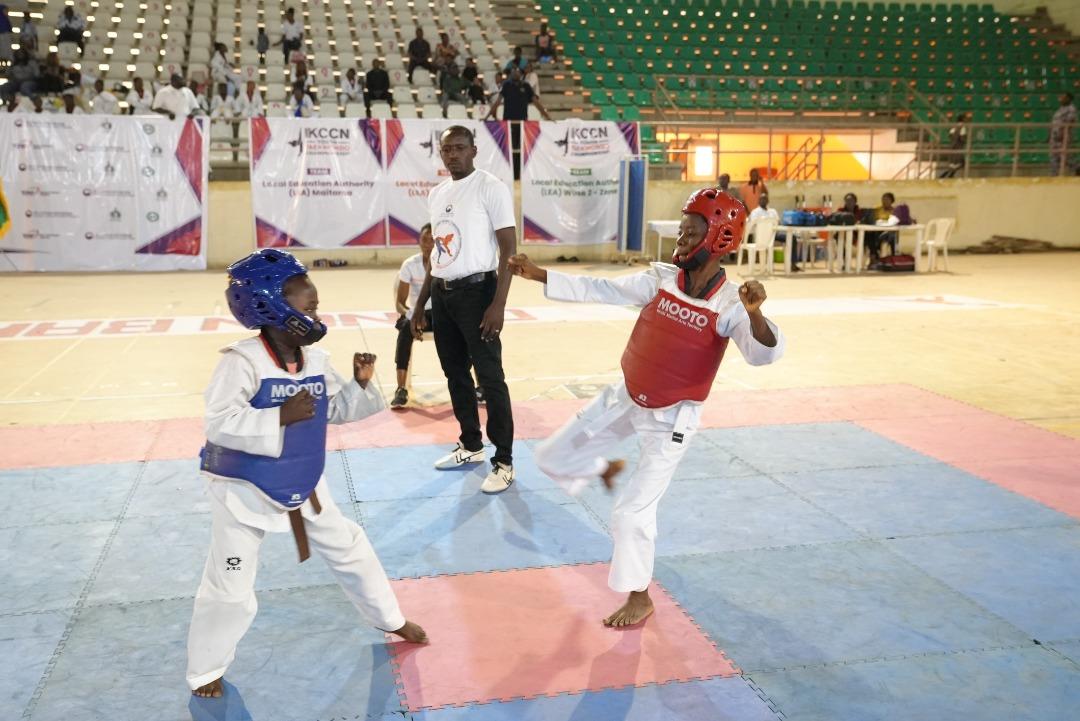 Action at the Taekwondo championship

Mohammad Hamed, a student of Junior Secondary School, Maitama, has won the 2022 U15 Taekwondo Youth Championship organised by the Korean Cultural Centre in Nigeria (KCCN).

Chinonyelum Chizea from the KCCN won the gold medal in the Bantamweight (female) while Patience Bako (LEA Maitama) won the Silver and Aisha Shagari (JSS Mataima) took the Bronze medal.

Speaking at the closing ceremony, the Director of the KCCN, Kim Chang-Ki, said apart from building the participants’ skills, the championship was also to inculcate the five tenets of the sport – Courage, Integrity, Perseverance, Self-control and an Indomitable Spirit – in the participants.
“The beautiful thing about the teams here today is that four of the schools here began from a KCCN Taekwondo outreach. And your dedication and grit are what brought you this far.
“Remember, gold medals aren’t really made of gold. They’re made of sweat, determination, and a rare alloy called courage. This is sportsmanship. The courage to win and accept temporary loss, because sports is about continuous improvement, as is Taekwondo,” he said.
The championship was sponsored by Taekwondo Promotion Foundation.