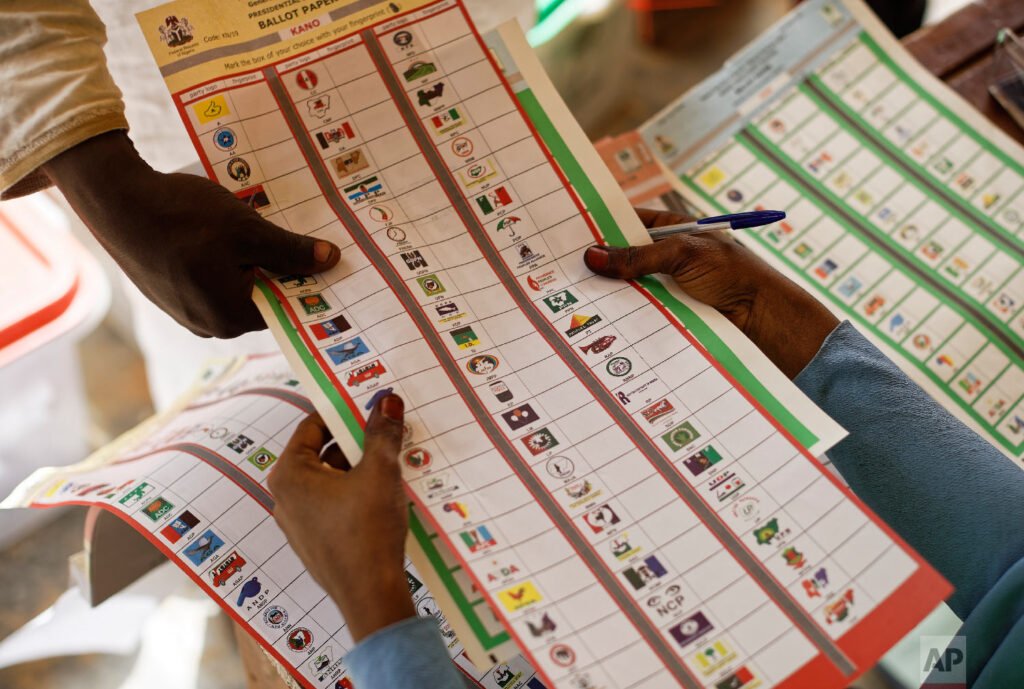 There is uncertainty over the fate of the governorship candidates in four states as litigations continue to trail the primaries of the two leading political parties.

Daily Trust reports that six months after the All Progressives Congress (APC) and the leading opposition, Peoples Democratic Party (PDP) conducted their governorship primaries, litigations are threatening the chances of the two parties to participate in the March 11, 2023 governorship primaries.

The Independent National Electoral Commission (INEC) had fixed the governorship and state houses of assembly poll for March 11, 2023. Chairman of the electoral body, Professor Mahmood Yakubu had on Monday, said the commission is confronted with over 600 cases arising from primaries of the various political parties for the 2023 general elections.

INEC had on October 4 published the final list of nominated candidates by political parties for governorship and state houses of assembly election.

However, the primaries that brought in the candidates of the APC in Adamawa and Taraba states have been nullified even as those of the PDP in Ogun and Zamfara states have suffered the same fate.

It would be recalled that the litigations that trailed the primaries of the APC in Zamfara State in 2019, cost the party all the elective positions including the governorship seat in the state. The party however reclaimed the state when the governor, Bello Matawalle led key players in the PDP back to the APC.

For the second time in seven weeks, a federal High Court in Gusau, on Monday, nullified the Zamfara State PDP governorship primary that produced Dauda Lawal Dare as the party’s flag bearer.

Justice Aminu Aliyu Bappa ruled that the party has no candidate for the 2023 governorship election in the state.

In September, the court nullified Dare’s election as PDP’s governorship flag bearer following a suit by a former federal lawmaker, Alhaji Ibrahim Shehu Gusau. Gusau, who had contested the primary against Dare, had approached the court seeking the nullification of the election, alleging gross irregularities.

However, one week after the judgement, the party conducted a rerun and Alhaji Dauda Lawal Dare was re-elected as the party’s candidate for the Zamfara governorship election.

Not satisfied with the development, Gusau went to court for the second time, seeking the declaration of the September governorship rerun null and void, saying that the exercise had contravened the electoral guidelines.

Delivering the judgement, Justice Bappa said the party had contravened section 82 subsection 1 of the electoral act and that was what made the court invoke section 84 subsection 13 of the electoral act and ruled that the party cannot field any candidate for the forthcoming 2023 governorship election.  The court also restrained the first defendant from forwarding the name of the third defendant as its governorship candidate for the 2023 general election over non-compliance to section 84 and subsection 1 of the Electoral Act, 2022.

The court also restrained the fifth defendant from publishing the third defendant’s name as the governorship candidate in Zamfara State over non-compliance to section 82 subsection 1 of the Electoral Act, 2022.

Counsel to the plaintiff, Barrister Ibrahim Ali, said the new electoral guidelines stated that any party conducting the primary must give INEC at least 21 days’ notice before the conduct of the exercise. He said PDP flouted the provision of the act in conducting the second primary.

“In the same vein, any party conducting a primary election must also notify the contestants in that election at least seven days before the commencement of the exercise and the PDP flouted the law.  That is why the court ruled that the party has no candidate for the 2023 governorship election,” he said. Acting Chairman of the PDP, Alhaji Mukhtar Ahmad Lugga told Daily Trust that they would study the judgement and take the next action.

The trio of Aishatu Binani (APC, Adamawa), Emmanuel Bwacha (APC, Taraba) and Ladi Adebutu of the PDP in Ogun State are battling to regain their seats after they were sacked by the courts.

The battle for the governorship tickets of the APC and PDP in the three states has shifted to the appellate court as Binani, Bwacha and Adebutu struggle to reclaim their seats.

Daily Trust reports that a Federal High Court in Yola had nullified the APC governorship primary that produced Binani. The primary was nullified on October 14 following a suit by a former chairman of the Economic and Financial Crimes Commission (EFCC), Malam Nuhu Ribadu, who alleged votes buying, over-voting and delegate inducement.

In Taraba, a Federal High Court sitting in Jalingo presided over by Justice Simon Amobeda, had on September 20, sacked Bwacha sequel to litigation by one of the governorship aspirants, Chief David Kente.

Similarly, a Federal High Court in Abeokuta on September 27 nullified the primary election of the PDP in Ogun State that produced Ladi Adebutu as the party’s governorship candidate for the 2023 general election. The court ordered that the party should hold an all-encompassing primary with the duly elected delegates.

INEC must stand by rules of the game – Dons

A renowned political analyst, Professor Kamilu Sani Fage noted that the plethora of litigations that trailed the gubernatorial primary elections of the two major political parties was just another indication that the majority of the politicians are not true democrats, advising the electoral umpire to stand by the rules of the game regardless of whose ox is gored.

“Many of them go into the process with the mindset of rigging their ways to power; so it becomes a rat race of who out-rigs the other and if that doesn’t happen, they go to court and try their luck there,” he said, adding that going into the election, this would lead to confusion because parties that are not able to resolve the problem maybe until the late hour may suffer from the new electoral rules.

The professor of political science at Bayero University, Kano (BUK) also said this may likely lead to “Anti-party activities because whoever loses at the last minute is likely going to sabotage the party. Whatever it is, it is not going to be good for the parties”.

“For the electoral umpire, they should stand by the rules irrespective of who wins or loses (in court). Their concern should be who complied with the rules of the game. If they stand neutral and apply the rules, I think things will be fair,” he said.

On his part, an associate Professor of Political Sociology at the University of Abuja, Dr Abubakar Umar Kari, said litigation has an inherent tendency to distract those involved and disrupt plans and preparations for campaigns.

“The spate of pre-election litigation does not portend well for the parties; it is an ill wind that blows no good for all concerned: the litigants, their supporters, the parties, INEC, and even the political process.

“The fact that its outcome is uncertain, keeps everyone in suspense and unsettled. The outcome may necessitate conducting the primaries all over again – with the attendant demands and problems associated with that – or it may lead to a complete loss for a party even before Election Day (where the court rules that a party is now ineligible to field candidates, as happened severally),” he said.

He advised politicians to imbibe the spirit of good sportsmanship and accept the outcomes of contests.

“Political parties should be fair to their members and always provide a level-playing field for contestants; INEC should simply be firm and ensure that everyone plays by the rule of the game.”